Little Oblivions, the third studio album from Julien Baker, introduces listeners to new forms of instrumentation paired with a raw look into the writer’s life and experiences. Baker told American Songwriter she entered the creation process with a desire to utilize musical components that best served each song, even if some aspects had not been featured in her previous projects.

“Early in my career I found working with a minimalistic style served the music I was making. I was intimidated by trying to arrange drums or trying to arrange with synthesizers or drum machines and not being able to do it,” Baker explains. “But I wanted to, regardless of my own fears or apprehensions or uncertainty about whether I had the capacity after making music with just a guitar or just a piano for so long, let the song and how I imagine it dictate what it needed, instead of force arbitrary parameters around myself for the sake of consistency of style.”

Her evaluation of those tentative undercurrents in the creative process came retrospectively, Baker notes. Looking back she can see the thought process, but in the moment it was both intuitive and deliberate, with the key found in balancing the two perspectives.

This album comes as a confident next step in her arch as an artist, following her sophomore record Turn Out The Lights in 2017, and the collaborative project with Phoebe Bridgers and Lucy Dacus, boygenius, in 2018.

Baker notes the work with Dacus and Bridgers played a big role in breaking down fears of collaboration and empowered her to take her own art, ideas and impulses more seriously.

But the beautiful heaviness found in creating Little Oblivions gave the writer an opening to follow the thread of her musical instincts, inspired greatly by the renewed joy of collaboration with boygenius.

Pairing unfiltered lyricism with intricate musical components, Baker says finding the aspects that fit well is a trial and error process. With a larger pallet of instrumentation Baker says she opened herself up to the infinite directions the process could take her, being willing to change things as she moved along.

Baker notes she pushed herself to work against some of her natural urges to stick with the original orchestration from the first stage of the songs.

“I find that so much of my songwriting is trying to work against the impulse to be precious with the first iteration of a work, being willing to deconstruct and reconstruct a song,” Baker says. “Several of the songs on the record were originally demoed in different keys, different meters, and they didn’t feel right but I valued the lyrics so I just tried them out over a bunch of different musical terrains to see which one complimented them best.”

While Baker’s writing has carried both outward and inward facing elements, the artist notes with this latest project the prominent goal was to spend time looking inward, understanding herself better, and then deliver those raw evaluations to her audience, regardless the response they may generate on an individual level.

“This is a more inward facing record, not that any of the other music that I’ve released is not inward looking or told from the first person – it’s all about my life, my lived experience,” Baker says. “I spent a lot of time on the last record considering all the possible impacts that the things I was saying could have on a listener because I had become suddenly aware of a listenership that had rapidly inflated from what I was accustomed to.”

However, in sense art has to be selfish, Baker explains. Because what a writer can report with any certainty is not observations about other people or the world, rather it’s the things that go on in one’s own inner world.

“It takes knowing the self to be able to better understand the people around you, the relationships in your life – strangers, society, people on TV. If you look inward you can learn something very valuable about all human beings,” Baker says.

At times in the process of crafting the songs on the record, it felt strange to write without redirecting each song to have a clear agenda or message for an audience, Baker says.

“When I stopped doing that, I think I accessed some parts of myself that I maybe was ignoring,” Baker notes. “I found I could make art that was true to my experience that could maybe be valuable to someone without having to obsessively consider the messaging I’m sending in a song. I can just make art because it fulfills me, and because I believe that my stories are worthy.”

Art true to personal experience brings value to the world and connects with others in sometimes unexpected ways when a writer simply tells their story. Baker says she is in a place with creativity where fundamentally, she cherishes what she gets to do as an artist.

There is somewhat of a separation however between performing and musical creation, Baker explains. Performance is the occupation, music is the passion. This album was an explosion of new ways to press into that passion and the joy it brings.

“I’m passionate about writing songs and it gives me great joy to do something like learn a new chord or figure out how to make a new sound with a piece of equipment. It’s those kinds of things that bring me joy, and now I’m trying to follow that impulse more,” Baker emphasizes.

Baker notes she has often found herself shifting between self-deprecating humor mixed with a low estimation of herself massed as humility, detaching herself from her work to insulate from criticism or even expectations that come from praise. But Little Oblivions is a record she feels confident to say she’s proud of, regardless the space it fills in culture at the moment.

“It was meaningful for me to put out this record and to take it seriously. Now that it’s out in the world the thing that’s most fulfilling to me about it is the power of being able to share something that I made with the help of so many of my very good friends and colleagues, and to be okay with it and to love it and to be proud of what I made. Even though it was pretty painful, I’m in a very peaceful place about it.” 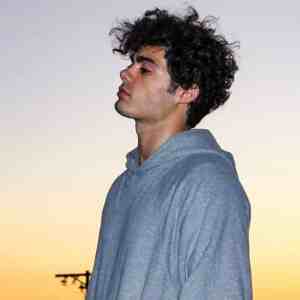