Writing songs that address the reality of humanity and spur honest self-evaluation was a large part of folk artist Lori Triplett’s underlying mindset when writing the tracks for her latest EP, Slow Poison. But for Triplett the background of her artistry lies in her faith, and time she spent pursuing an artistic path in contemporary Christian music.

Triplett said as she released this latest project she hoped to approach listeners with the same level of depth and faith-inspired messaging, without presenting the content in a secluded way, attached only to the genre of pointedly Christian music. For Triplett, talking equally about themes of love and pain are part of her story and the perspective she hopes to communicate to listeners. Triplett broke down her latest EP in a conversation with American Songwriter and explained how her new artistic direction is rooted in these pre-existing desires.

This EP is a step into a new direction of artistry for you. Yet how does the content and style of these songs correlate to work you’ve done in the past?

Even though I wrote for and considered myself a CCM artist for most of my music career until a few years ago, my songs have always had more of a folky story-telling element to them that you don’t always find in the Christian music genre.  So the transition to a new genre felt pretty seamless for the most part.  My new songs still have overtones of my faith woven in from time to time as well as strong themes of hope, love, healing, and redemption you’d find in my earlier work, but now I’m able to have more creative freedom and write about other topics that are relatable and equally as important to me like relationships, loving and standing up for yourself, and heartbreak.

Why did you decide to release this project right now?

I’ve been working on “Slow Poison” for quite a while, and I actually had planned on releasing it months ago. But then of course, the tornadoes hit Nashville, followed by quarantine and this pandemic, so things got delayed quite a bit for reasons completely out of my hands. It has felt a little weird and more vulnerable releasing new music during such a crazy and uncertain time, and I was worried it would come across like I wasn’t concerned with what was going on in the world around me if I still released this right now.  But at the end of the day, I think many of us turn to art when things are difficult, whether it be a book, a movie, or music, so I wanted to have something to offer people during this time. The title track, “Slow Poison” is especially timely given the current social climate right now – a song about still loving and respecting one another, even when we disagree. So even though it didn’t come out when I had originally wanted it to, I now know it’s right on time.

How does your faith continue to impact your writing and creativity, particularly this project?

As an artist who is a believer in my personal life, I tend to be very reflective and introspective about what’s going on around me and in the lives of others.  My songs tend to be more on the thought-provoking side and have a bit of a melancholy tinge to them because I feel things deeply and am constantly thinking about how others might feel about something or what it’s like to walk in their shoes. I want people to be able to see themselves in my songs, so I often write about my own struggles, sorrows, and happiness – the full spectrum. When you’re a believer you don’t stop going through difficult circumstances, so the songs on this project address several of life’s emotions and experiences, even the tough ones.  My faith is all about loving other people, in spite of their flaws, because I am loved, in spite of mine. That’s a bit of what “Slow Poison” is about – being able to love people and still be respectful and kind to them, even though you disagree with them or they are different than you may be.

What do you hope will come from this release? Are there any particular goals you set for this EP?

I’m hoping to reach a new audience with this EP given that it’s in a new genre for me and it’s also the first project I’ve put out in a while. It’s easy to get caught up in numbers – your streams, your followers, your likes, etc., and while that’s an important piece of all this, what I really want is for these songs to resonate with my listeners and really make them consider what I’m singing about, especially in the title track, “Slow Poison.” Things seem out of control everywhere right now, and how we treat one another in all of it really does matter. If we don’t love one another, we’re just slowly killing each other with hatred – a slow poison. I want people to know we each have it in ourselves to be better and change the bad that’s out there and within ourselves.  Mostly, I hope people can find some hope, healing, and some sort of comfort in this EP.

What can listeners expect from you next? How does this project launch you into the next phase of your artistry?

I’m excited to be releasing a new Christmas EP this coming winter! I’ve wanted to release some Christmas music for years, so my producer, Chad Carouthers, and I recorded it in three days this fall and really kept a very raw and organic vibe to it. I’ve always been a fan of sad Christmas songs, so this project was recorded with that inspiration in mind. It will feature two originals and two recognizable holiday favorites, and I’m currently working on the final touches. The title and release date will be announced soon!

I think releasing “Slow Poison” is my first real step into a new direction for me artistically. I was really learning to find my new sound while recording it and wanted to try some new things in the process, which my producer and I did together. Moving forward, I think I have an even firmer foundation to stand on creatively, and I know more and more everyday what I want to communicate as an artist through my songs. I’m excited to stay on that path and to continue to offer intimate and honest music.

Get it Amazon Music
Buy from Amazon 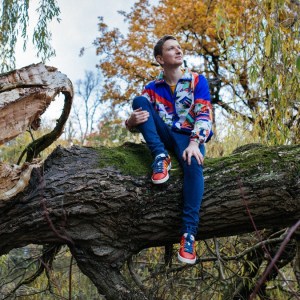 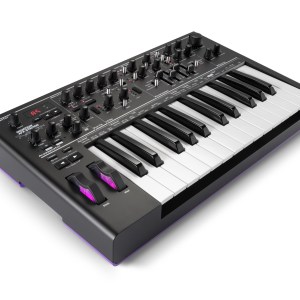