Carla Olson has always traveled in storied company. The former lead singer of the pioneering Americana combo The Textones, she’s since maintained an expansive solo career that’s found her partnering with such luminaries as Bob Dylan, Gene Clark, Don Henley, Barry Goldberg, and ex Rolling Stone Mick Taylor, a few of the many and extraordinary. It’s little wonder then that Olson flaunts her connections and compadres once again with Have Harmony Will Travel 2, a follow-up to the initial Have Harmony effort released in 2013.

Naturally, it’s the array of great guest stars that attract initial notice. It’s a disparate bunch to be sure, one consisting of Timothy B. Schmit, Peter “Herman’s Hermits” Noone,” soul great Percy Sledge, Stephen McCarthy of the legendary Long Ryders, Brit rocker Terry Reid, one-time Bee Gees bassist Vince Melouney, and, in a posthumous appearance, her one time, ongoing performing partner and former Byrd Gene Clark. A reprise of “Del Gato,” a song the two recorded together on the album So Rebellious a Lover in 1987, seems somewhat unnecessary, owing to the fact that their admirers likely own the original album. It’s still a stirring selection regardless.

Nevertheless, all the other tracks are undeniably exceptional. A handful are even familiar.

The duet with Schmit on “A Child’s Claim to Fame” offers a revisit to Schmit’s days as a seminal member of the band Poco, and also features the group’s Rusty Young contributing banjo, dobro and acoustic guitar to the proceedings. “Uno Mundo,” a relatively obscure song by the Buffalo Springfield, retains its initial exuberance. Sledge gets his due on “Honest as Daylight,” a recycled selection from Olson’s album Reap the Whirlwind, while the California combo I See Hawks in L.A. lends a track called “Bossier City,” reprised from their 2009 album Shoulda Been Gold.

Remarkably then, despite the disparate array of collaborators, Have Harmony Will Travel 2 maintains a cool consistency. The intersection of folk and classic country rock finds the material maintaining an even flow. If there’s any kind of signature style, it’s best exemplified by the aforementioned “Bossier City,” a song that retains a sense of the high desert sound the Flying Burrito Brothers were vested in when the ‘60s gave way to the ‘70s when they, the Byrds, Poco, the New Ryders of the Purple Sage, and various other California brethren forged the first furtive attempt at plying what is now known as Americana.

Both with the Textones and on her own, Olson had a significant role to play in that transition. Given that this collection serves as a compendium of sorts, it’s clear that she plays her part as effortlessly as ever. 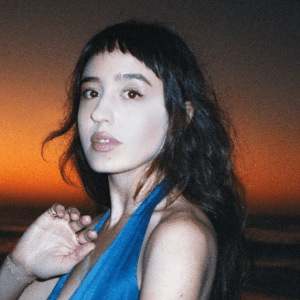 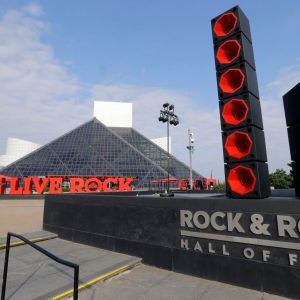