No one can accuse Josh Rouse of playing it safe. Not only is his new album, El Turista, overflowing with jazzy rhythms and Spanish lyrics, but the disc opens with the track, “Bienvenido,” which has no lyrics at all. According to Rouse, the concept for his entrancing new record wasn’t contrived. But it wasn’t exactly accidental either.

“This time out, I wanted to do something that was completely outside the realm of the singer/songwriter,” Rouse says, poker-voiced. A long pause—followed by uproarious laughter. After several acclaimed records, including 1972 and Nashville, this guy understands that he’s known for crafty songs that blend pop smarts and incisive wordplay. But even Rouse felt he was becoming “formulaic” in his approach. Now, living in Valencia, he felt it was time to throw caution to the Spanish wind.

“For the last few years, I’ve been listening to a lot of Brazilian music,” he says. “Especially, João Gilberto. As well as jazz artists like Vince Guaraldi and Terry Callier. I started to get rhythmic ideas from their stuff—then, conceptual ones. I knew I wanted to sing some of my new songs in Spanish, set against a backdrop of Latin grooves. The record has some things I wrote like ‘Don’t Act Tough,’ and folk standards like ‘Cotton Eye Joe.’ Somehow, these things fit together for me.”

Recorded mostly in Nashville with side trips to New York and Spain, El Turista benefits from the fact that it was all done on the songwriter’s dime.

“Since I wasn’t on a label when I made the record, I decided to make it my way and pay for it myself. It cost around 40 grand, a bit high for me. The good part is, without a label’s input, there was no pressure to make El Turista sound a certain way. This is something like my eighth album, and I know my fans might have expectations about my trademark sound, but I didn’t let that trouble me. And it worked out label-wise, too. It turned out, the folks at my new company, Yep Roc, loved what they heard, and didn’t want to change anything when they signed me. It’s great when following your instincts works out like that.”

Although he sings songs like the bossa nova-y “Dueme Mobila” and “Mesie Julian,” in Spanish, fans of Rouse’s graceful lyrical turns needn’t worry. He brings the words. Especially on the album closer, “Don’t Act Tough.” Here, amidst waterfalls of piano, sax and strings, the boy croons, “If you’re tired of your solitude/And you’ve had enough/Don’t act tough.” All of this is highlighted by producer Brad Jones’ lush, widescreen sound, which will appeal more to your aural senses than your literal ones. The record is, before anything else, a mystical experience.

As for the future, Rouse is philosophical.

“It’s a strange but cool time to be a musician,” he says. “Let’s face it, no one is really selling records anymore. Not in big numbers. I find that incredibly freeing and it’s reflected in El Turista. You might as well make the kind of music you want, because you can’t predetermine a hit anyway. I know that people are not really expecting a record from me with all these strange new rhythms and lyrics. But I like that idea, too. El Turista is an important step for me artistically. In any case, my fans should look at the music this way: I’m trying something new. I’m simply testing the waters.” 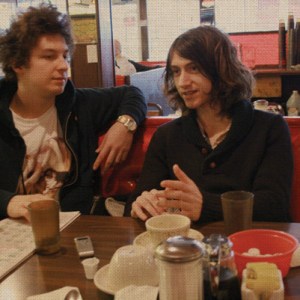 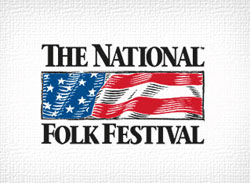