Autobiographical songs can be a tricky bit of business. Get it wrong and you end up with a diary entry set to music. But the best ones reveal something universal from within the personal.

Caylee Hammack manages to thread the needle beautifully on “Small Town Hypocrite.” The song, which has been available to stream for the past month and hits radio today, continues an impressive run of tracks for the fast-rising singer/songwriter. She recently spoke to American Songwriter about the song, which emanated from some heartbreak suffered in her Georgia hometown and the lessons she learned the hard way from the experience.

Hammack was still a Nashville staff writer when she wrote the song with Jared Scott, who came up with some guitar chords to set the musical foundation. “We randomly started talking about exes,” she remembers. “I spoke about the ex that really drove me here (to Nashville), the first true heartbreak of my life.”

You can hear the details in the verses of “Small Town Hypocrite,” all taken directly from Hammack’s life as she finished high school. The song begins by detailing her feelings of isolation at that time. “I felt like I could fit in if I really, really tried hard,” Hammack explains. “But I never felt like I fit in just being myself. The first verse was just about how it seemed as if I was included but I never felt like I was. And that says more about me than them.”

In the second verse, she tells about meeting a boy who shares those outsider feelings. When the romance blossomed, Hammack was faced with a decision about her future. “I got a music scholarship to Belmont University and it was going to pay for almost everything and my parents were so proud,” she remembers. “When I told him that I got the scholarship, he said that he couldn’t go on without me. I was always raised on the Disney movies. You know, the end scene is always the man and the woman together. I thought that love was the end game of everything. And I really believed it was true love. So I gave up the scholarship, gave up a dream, and focused on love.”

That decision came back to haunt her. “A couple months later, by the time that the scholarship was gone and there was no way of me getting it back, I found out he was running around on me. It wrecked me. I seem to love very intensely. I just really fall in deep and it’s hard to climb back out. I was left kind of wandering around my hometown.”

She eventually did make her way to Nashville (“I used that heartbreak as a catalyst to push me,” she says), and found out later about her ex’s living arrangements in a double-wide trailer, which made its way into the song’s final verse. Those kinds of lived-in details are what make lyrics stand out, and Hammack makes it a point to include those in her writing whenever possible. In fact, she mentioned legends like Jim Croce, John Prine, David Bowie, Tom Waits and Dolly Parton as her songwriting inspirations because of their abilities in that department.

“I love when a song has these little synapses of colors and pictures, or some weird characteristic displayed by the narrator or whoever it is, and it shifts the whole dynamic,” she says. “It brings you into it. You’re able to be immersed in the entire story. I really love when someone can listen to a song, and for those three minutes, they are in that song and they are not themselves. I feel like music is an escape for me, so I try to make my music be an escape for others.”

Hammack was a little concerned that people would misconstrue the song as an insult to small-town life. “I love my small town. But it took many years of me being away from it to realize how much I actually loved it and how much good was in it. It’s not that the town itself is hypocritical. It just seemed to be the men I was attracted to were the dreamers that would scheme and say, ‘Oh, I’m gonna get out of here.’ The people that hated the small town for some reason and complained about it constantly, but then never left.”

She’s also honest in “Small Town Hypocrite” about her own failings, making it less like a one-sided diatribe and more a well-rounded examination of conflicting motivations. “I’d spent my whole life trying to get out,” she says. “I had these wings. I cut them off, put them in a box, and started looking at wedding rings. That was the small-town hypocritical side of myself.”

In fact, the memorable expletive in the refrain came from Hammack reflecting on her decision-making. “I was telling (Jared Scott) about the story and when I started talking about the scholarship and how I’d given it all up for a short-lived relationship after 18 years of working academically to get there, I said, ‘Ain’t that some shit.’ Like, ‘I do all this, and he sleeps with someone else. Ain’t that some shit.’ For some reason I just kept saying it. I can get fancy with my terminology if I want. But when you’re able to say it honestly and express those emotions in the lyrics, it just comes across better than trying to be smart about it.”

And was she concerned about how her ex might react when he heard “Small Town Hypocrite?” “He may have hurt me but I don’t want to hurt him,” Hammack says. “It’s funny. I wrote a song about him one time when we had a fight. I played it for him and he was like, ‘Every time that I mess up, are you going to write a song about me?’ I told him, ‘If you ever hurt me, I can do whatever I want.” And he agreed. So he gave his approval.”

“I don’t think he ever thought I’d get this far with a song about him. But you know what? All is fair in love and war and songwriting.” 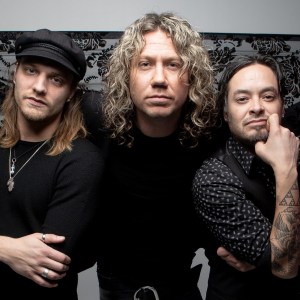 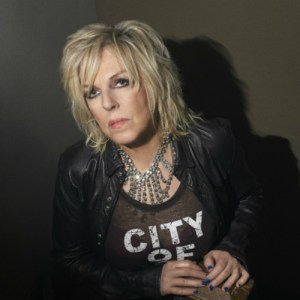