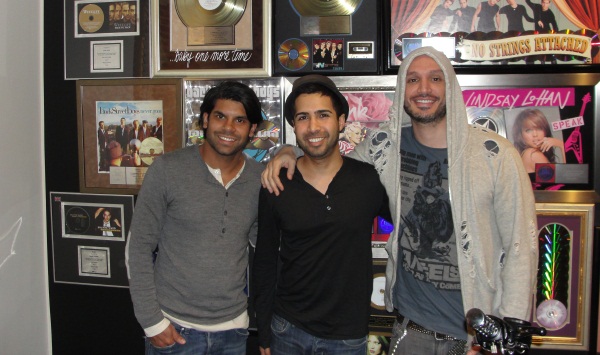 There’s an unassuming confidence in Carl Falk’s eyes when he reflects on the path that led him to where he is today. For a songwriter/producer who’s been behind some of the top pop hits of the last decade – including One Direction’s first and upcoming second album – he comes across with a quiet grace. You get the impression that listening is one of Carl’s greatest strengths. And one of the keys to his long-standing success. He may be behind the scenes to the public’s listening ear, but Carl’s ability to author and shape songs that lead artists to the top of the charts is a respected fact among artists.

Nicole Scherzinger, Darren Hayes, Taio Cruz, Labrinth, The Wanted, David Cook, AJ McLean, Clay Aiken, Journey South, Lindsay Lohan, Dani Minogue, Westlife, Backstreet Boys, and Russell Crowe are just some of the artists he’s written and/or produced songs for. He’s currently finishing up One Direction’s second album, much of which was recorded in Stockholm. Carl who is Swedish, was born in Sri Lanka. When he’s not in L.A. or London, he continues to call Sweden home.

Tell me your story. How and why did you become a songwriter?

Music has always been a part of my life.  I began playing the violin when I was four years old; then my dad bought me a drum set, and I started playing the drums, then I started to play the guitar, and then piano, and then the bass. Everything formed rather naturally for me.  I mean, I always knew I was going to do something with music. Like so many people, I had a dream of being in a successful band, and being a recording artist. That got me to start writing songs, and then playing shows and things just took off from there.

Many people do not realize that you still have a band of your own.

Yes. It’s called “Pilot.” We still play.  We have a gig coming up. We played at the Princess of Sweden’s birthday party, and at the co-founder of Microsoft’s wedding, and stuff like that, it was pretty wild. We played for Bill Gates about, four years ago, maybe.

You write and produce music for some of the top artists in the industry. How did you get to this point? Is this where you imagined yourself to be?

I think it’s a place I always wanted to be. Working with creative talent and creative people, especially people I admire and look up to. When I started out, I got a chance to work with a lot of those people. So for me, that has always been my vision of where I want to be. It’s also been about competition, too. If you work with people who are better than you, and you hear something, musically, or something that is played from the next studio, and think ‘oh, that’s so good. I wish I could have thought of that’ – that has always made me all the more encouraged. That’s what it’s all about, building up the challenge, then seeing results, getting better, getting to see you are actually getting better. Of course, a lot of that, too, has to do with confidence. You have to have the confidence to speak up, to express your ideas or say ‘what if we do this instead.’ I think that’s really important as a songwriter, to have confidence in your profession.

Fear and faith are issues that every artist has to contend with on their creative path. How do you handle fear?

Fear is the worst thing to have the room, in writing a song, to be afraid to speak up. When you get started as a songwriter in a writing session you may be afraid to speak up. The more songs you write, the more songs you produce, the more confidence you gain, I think that’s the best way to handle fear. To be really prepared. If you say something, if you have a vision, and you speak up, you never know, sometimes it’s bad, sometimes it’s good. Either way, you have to speak up. How do you handle fear? Be prepared, believe in yourself, have confidence in yourself, and realize that what you bring to the session, is going to be something good.

What myth do aspiring songwriters have that you would like to bust?

I think the biggest myth is that we just pick up a guitar, play it, and three minutes later we have a song. The assumption that it’s that simple. It’s way more than that. It’s true that that’s how you start an idea; you sit in the studio and see what happens. But to put it into commercial format, to create a song you have so much more to think about. If a song you’re working on is just okay, but it doesn’t feel like magic, then find something else. Don’t waste your time on writing. It may seem like a great song, but you need to aim higher than that, and accept that sometimes it takes weeks to write a song. When it’s done, everything in the song feels like, ‘that is what it should be, three and a half minutes.’ That happens because you worked on every little detail.

How do you stay authentic to your own inner voice as a songwriter?

I think for me, at least, it’s doing a lot of different types of styles. That’s the most important thing for me. I don’t want to get stuck doing just one thing. It’s easy to just do one thing. It’s harder to do several. For example, a song like Starships, and then the next day, you work with One Direction, and the next day you do a song for Russell Crowe, then Darren Hayes, that’s the whole thing, that’s what makes you authentic, being able to mix a lot of different genres and stay current the whole time. You do that by listening to a lot of music and doing a lot of music.

What brings the most joy as a creative professional?

To be able to do what you love, and do it with people you like. And I would do exactly the same thing, even if I was touring, or whatever. To me, it’s all about my passion for music. That feeling that you just have to do it, you have to get it out and express it. Music is that impulse for me. I am really grateful that I get to do it every day.

In your work, you are hired to write music that will sell and that fits a particular artist’s voice and style – you are in fact a business advisor as well as a creative professional. What is the key to striking a balance between what will sell and what feels authentic to you and the recording artist?

For the artist, doing something that you strongly believe in is a good route to go. I also take my vision for an artist and what I think they should do, realizing, of course, that sometimes it works and sometimes it doesn’t. The artist’s performance is the base for it, you always have to do what you think will be a success for your artist. You have to be open minded, and just take all of the input that you possibly can get, from labels, from the artist, from the fans, and do something that works for all.

For the most part, your name stays humbly in the background. Do you ever wish more people recognized your contribution?

I am really proud of the songs that have become successful. At the same time, for me it’s great to be the songwriter because once you’re done with it, you’re done. You don’t have to do any promotion or touring, and all that. I am really happy that I’m the producer and songwriter, and happy to stay in the background, but of course, I do want people to know I wrote the song! I hate it when people take credit for songs that they didn’t do, because I know how much work it is, the whole process of writing, fine-tuning, producing and getting it 100% right. It’s a lot of work and every songwriter knows how hard it is. So, of course, you do want the credit that you deserve.

As a producer, you are at the forefront of the business side of music. Given your experience, what would be the most important advice you would give an aspiring songwriter?

Looking back at my career, I think the best advice is this: it doesn’t matter if you write the best song in the world, the biggest mega smash in the world, if the right person never hears it. You have to surround yourself with people who are creative, inspired, but also have the contacts to get the songs out. There are so many fantastic writers, but they don’t have the connections to get their songs to the right people. It doesn’t matter what your song is until the right person hears it.

What is the biggest reason people choose to work with you? Is it based on your track record for successful songs or your work ethic or ??

It’s hard to say because it’s a bit of both, I think. Of course people want the same style as the last song you had on the album, or on the radio. That makes sense, but at the same time I hope that it’s because we have a good work ethic, we deliver, we write quality songs, and that we’re nice people to work with. The biggest thing I always try to achieve is to give people something good, something professional.

Do you still find time to write music for yourself?

I write music for myself, but it’s performed by other people. Of course, it would be great to write songs just for me. I write orchestral pieces for fun. It’s a dream of mine to score a movie or do something more instrumental and write more orchestral or more ambient stuff.

Do you believe a song is created or is it unearthed, if you will?

It’s different for everyone. For me, it is definitely created. It is getting all the pieces in the right places.

Do you rely more on inner guidance or experience?

Both. A mixture of confidence and believing you are sharing your vision, ideas and putting it out there.

I am inspired by a great melody or hearing something really simple in an innovative way. There are only a certain amount of chords that you can play, so when you hear those cords being formatted for a simple melody, but with a quick story that’s what gets me excited.

You collaborate with other writers, particularly Rami Yacoub and Savan Kotecha, what is the key to a successful collaboration?

When you have to work for long stretches of time, what keeps you energized and focused?

At the moment we’re focused on One Direction. We’ve spent months writing for their second record and have taken the time needed to follow up on the songs on their first album. We’re also working soon with AKON and Labrinth.  And I also recently worked on some projects for Russell Crowe, including helping him with his vocals when he was filming Les Miserables this spring. 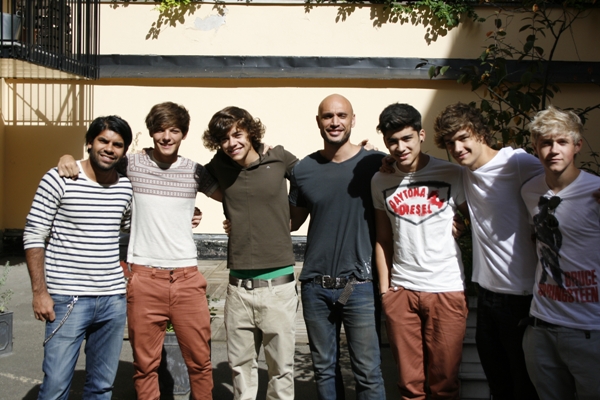 “Carl Falk with One Direction and Rami Yacoub.” 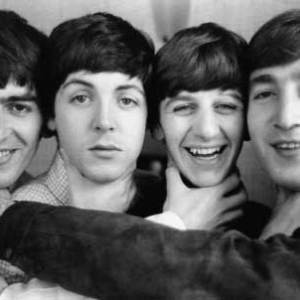 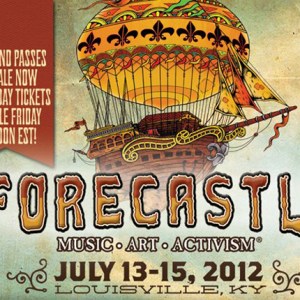