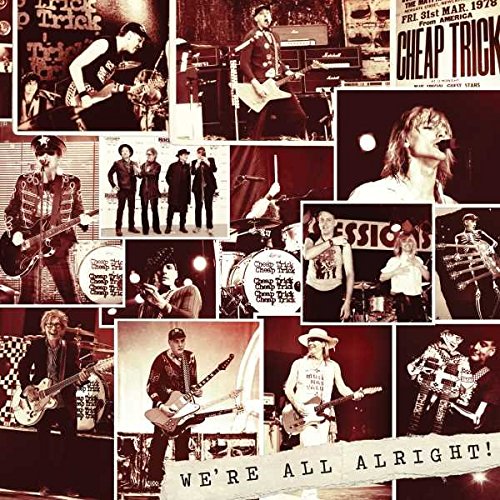 If 2016’s terrific Bang Zoom Crazy … Hello was a long awaited comeback after a seven year lapse, then this year’s rapid follow-up shows that was no anomaly. Cheap Trick is determined to keep the adrenaline pumping.

Studio album number 18 (!) blasts out of the starting gate like a rabid stallion on uppers as the salacious “You Got It Going On” pounds out a hard rock riff as earth shaking as anything in the AC/DC catalog. At 64, Robin Zander’s vocals remain powerful and founding guitarist Rick Nielsen proves himself the king of power pop/rock hooks. Ditto for the following “Long Time Coming” whose simplistic lyrics of “Shake it, shake it, shake it/I’ll let it blow my mind/a real pole grinder” won’t win any Pulitzer Prizes but as pedal to the metal rockers go, it leaves most poseurs half their age in the dust.

And so it goes through ten tracks (13 on the expanded edition—worth springing the extra bucks for the killer cover of The Move’s psychedelic rocker “Blackberry Way”) as Cheap Trick grind through the paces. Only a few mid-album ballads like the anthemic “Floating Down” give you a chance to catch your breath between hot tamale sizzlers guaranteed to be future live staples such as “Brand New Name on an Old Tattoo” and the nitro-burning “Listen to Me.”

Most of the Beatles nods apparent throughout Trick’s long lifespan, and which came full circle when they covered “Sgt. Pepper’s Lonely Hearts Club Band” to commemorate that album’s 40th anniversary, are gone. Rather the swirling strings added to “Nowhere” sound like a reference to ELO, who were themselves heavily indebted to the Fab Four. But fist pumpers like “Radio Lover” are just pure gritty, garage punk rockers this quartet was likely churning out 40 some years ago, before their 1977 debut.

Few acts inducted into the Rock and Roll Hall of Fame, as Cheap Trick deservedly was in 2016, are cranking out music as fresh, honest, energized and explosive as these guys have released in the past two years. And if this recent burst in activity keeps going, they will be the poster boys for how ageing rock and rollers can stay relevant without selling out or trying to be hip.

They are lifers in a business that chews up and spits out its young. Sure, they’ll play the old stuff in concert for the graying fans. But with new material this strong Cheap Trick will never be relegated to an oldies act as they head into the final stage of their career. As this disc’s title declares, they are alright. 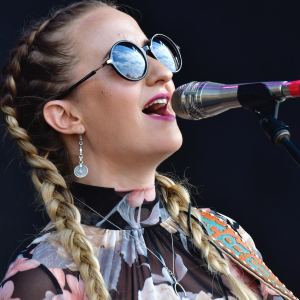 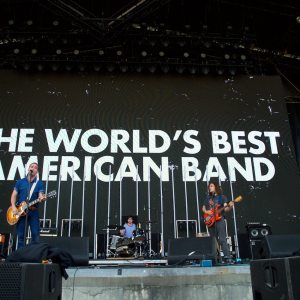