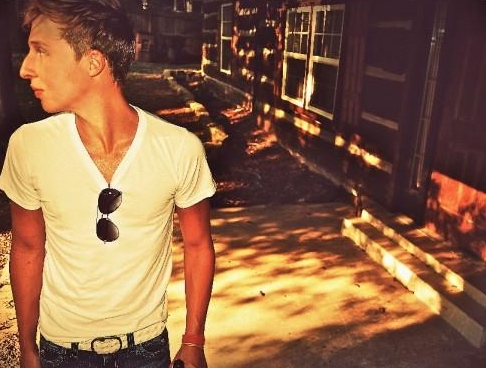 After the success of 2008’s EP Tin Angel, singer/songwriter Chris Milam was receiving praise and industry attention in Nashville, but still felt something was missing. After a winter of soul-searching and a move to New York City, Milam is back with a new album titled Up. American Songwriter had a chance to speak with him about the new sound on the record, as well as his life-changing move to the Big Apple. (Be sure to check out Chris’s profile on American Songspace.)

Growing up the son of a professor, what drew you to music? Were there any experiences early on when you realized music was your passion?

In a way, it was my parents. Dad’s an English professor and Mom teaches the humanities. They aren’t musicians, but they’re great fans of music. Literature and music were big dinner table topics. I was lucky, it was cool to love the arts in our house. I was also unlucky: I was pre-destined to be bad at math.

In high school, I overheard some guys say they needed a bass player for their band. I got a left-handed bass and started learning Red Hot Chili Peppers songs. Of course, they never formed the band, but I rushed out and learned bass because I was so desperate to play music. Later, I stole my brother’s right-handed guitar and learned some chords upside-down. I did everything I could to be a musician. Or imitate one.

You’ve been compared to Simon and Garfunkel, among others. Would you say that the singer-songwriters of the 60’s and 70’s are some major influences in your work?

Definitely, this album in particular owes itself to that era. Simon and Garfunkel packaged lyrically-intensive songs with these gorgeous pop melodies; they helped bring poetry into pop music. That was a major influence on Up.

I’ve always admired how different their songs are, but how unified their albums feel. They put a folk song like “Kathy’s Song” next to an R&B tune like “Somewhere They Can’t Find Me” and it still sounds cohesive. It still makes sense. That’s something I’ve tried to do, too.

I also admire their use of black turtlenecks. That’s something I’m incorporating into the next album.

Considering the industry attention in Nashville you were receiving for your songwriting, what was the deciding factor that led you to New York City? Was there a defining moment for you when you just knew New York was where you had to be?

It was basically the decision of what kind of career I wanted. Nashville’s an amazing town for songwriters, but writing country songs just isn’t my passion.

There was a real turning point in fall 2008. I came to New York to play a record release show for the Tin Angel EP. Something just clicked that trip: other artists I met, the new fans and friends at the show, the whole atmosphere of the place. I was drawing inspiration from everything, writing songs a mile-a-minute—just feeling revitalized as an artist. I knew it was the right place for me and the kind of music I wanted to make.

Your new album Up was created in a few short weeks here in Nashville using very little instrumentation. Is this raw, organic style of yours a trademark?

It’s certainly a trademark of this album. The two before it were very different records, but this group of songs is the most intimate, narrative, and deeply personal I’ve written. When Steve and I talked about Up, we knew it needed to be a stripped-down production to match that intimacy. It’s basically an acoustic record, but every song has at least one more instrument. I joked with Steve: “I don’t want it naked; just kind of undressed.”

So, we recorded much of it live because I wanted the listener to feel like they’re in the room with me. I wanted the vulnerability and intimacy of these songs to really come across. So, you can hear the occasional chair-creaking, or tongue-clicking. It was more about capturing a moment than “producing” an album.

In that way, it feels similar to recent albums by artists I admire: Josh Ritter, Bon Iver, the Monsters of Folk, etc.

You worked with producer Steve Martin on your newest album Up, a very bare bones album. How was your experience working with him in the studio?

Steve’s a rising star in Nashville, and someone I’ve known for a while. I’ve always appreciated his talents as a sound guy, grower-of-beards, and scarf-enthusiast.

When I gave him the demos of these songs, he said, “Don’t worry about time, don’t worry about money…we have to make this album.” Steve’s one of the few producers who wants to understand the song before he ever considers recording it. He simply gets it.

We worked really quickly, and we played every part ourselves. Even though we didn’t have much time, we experimented a lot. Steve’s great about bringing in ideas and sounds from left field that make the song better. There was one guitar line in “Thirteen Hours” we played simultaneously. Every time he picked it, the G string buzzed in a weird way. So, as he played the part, I crouched down and muted the G string. I wish someone had gotten a picture of that.

Your 2008 EP Tin Angel was a more pop driven work. Do you feel that the intimate tone of Up is more in tune with your personal vision as an artist?

Absolutely. Tin Angel was a pop songwriting showcase, kind of a super-polished publishing demo. In a way, it matches my vision as an artist because I love pop music and love writing it. But all of those songs were really written with other people in mind—they didn’t tell my story.

Last winter, I holed up in Arkansas and wrote songs for two months. For the first time, I really focused on telling my own story, in my own language. Something clicked. I probably wrote 40-50 songs that winter. Eight of them are on Up. The ninth is a Paul Simon song, “The Boy In the Bubble.”

Since arriving in NYC, do you feel that your work has reflected a shift away from the south, so to speak?

It’s funny, but it’s kind of been the opposite. I write more about something once I have some distance from it. When I still lived down south, I rarely wrote about it. Now that I’m up north, I see it pop up more often. Of course, New York is a huge well of inspiration, too.

Right now, I’ll try anything, as long as the melody’s good. Who knows: maybe the next album will be alt-country. Maybe it’ll be trip-hop. Maybe it’ll be nothing but Morgan Freeman reading E.E. Cummings over an instrumental loop of “Mmm Bop.”

No matter what it is, it’ll probably have the south’s influence in there somewhere. It’s where I’m from, and it’ll always be home. 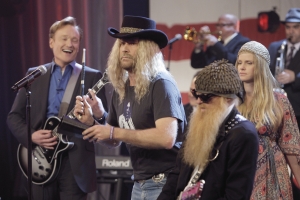 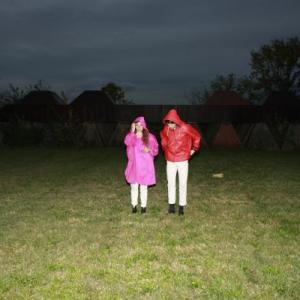