Chris Simpson–the former frontman of beloved emo / rock bands Mineral and The Gloria Record–has his hands full. “I have four kids so I’m more in the Mr. Mom phase of life,” the singer-songwriter told Stereogum last year upon the publication of a book commemorating Mineral’s 25th anniversary.

But being in the “Mr. Mom phase of life” hasn’t stopped the Austin, TX-based artist from working on new music. Last month Simpson shared his first single–”Rosemary, Etc.”–under the moniker Mountain Time (formerly Zookeeper), and today he premieres a second–”Empty Graves”–via American Songwriter. Both tracks will appear on Mountain Time’s forthcoming Music for Looking Animals LP, which arrives at the end of June via Spartan Records.

“Empty Graves” is meticulously arranged indie folk number that pairs Simpson’s haunting poetry with lilting instrumentals: “Couldn’t fill these empty graves / Or these tables up with laughter / Or these sleepy heads with dreams / Or this tin man’s heart with confidence / Or these ghettos with relief / Or these suburbs with release,” he sings as the track winds down.

“I briefly belonged to a weekly songwriting circle where everyone had to write a song a week based on the same phrase or prompt. This song came out of that, the prompt simply being: the lyrics must contain the phrase ‘sewing machine,’” Simpson says in a statement. “I almost always started with the prompt and let whatever come out from there. To me, [that prompt] paints a picture of a soul trying to find their place in the world. Someone, maybe in the early stages of the hero’s journey, who has left the comforts of their home behind and is fumbling out into the unknown. Not at all certain that they will ever return.”

Simpson’s lyrics are searching and vivid. He sings of “always looking for that stream / That takes me out under the sun somewhere / Where all love just stretches out for me.” He sings of “Army boys” who “drink hate” and “poor mothers” who “know that it’s too late.” He sings of “all the time in the whole universe,” frozen suburbs, and flaming ghettos. And yes, one line does contain the phrase “sewing machine,” in case you were wondering.

“There’s a desperation to the visions of the narrator–a sense of an unquenchable thirst for love and life in the face of death and seemingly unending darkness,” says Simpson. “I think that thirst is what comes first. [It’s] the seed from which change and progress and healing might one day grow.”

Simpson started writing “Empty Graves” over a decade ago, but it was his producer / collaborator Doug Walseth who ultimately brought the track to life after a few rounds of mixing.

“This song has been around since about 2005/2006,” says Simpson. “It’s had many lives and incarnations, and for whatever reason I never felt it was complete or ready to put out into the world. I remember getting the first mix back from Doug and feeling like it was just much too dry and dull. I told him I wanted it to sound like it was being played back from a radio on the moon. The next day he sent me the final mix. Sometimes it’s just the briefest visceral description or vision that sets the course.”

Simpson is still a little surprised that the song came out of a songwriting circle. “Prior to this experience, I would never have missed an opportunity to make fun of songwriting circles on principle,” he says. “But I actually ended up getting a lot of great songs out of it. Ultimately, I think it’s helpful to not be worried about writing something serious or meaningful but just to write SOMETHING. Meaning is always an evolutionary process anyhow.”

For Simpson, songwriting is an exercise in trying to capture or realize imagined arrangements, even when this task seems impossible.

“I often have songs kind of spinning around in my head for a long time before I ever sit down and try to ‘get them down,’” he says. “There’s usually a kind of crestfallen moment early on in that part of the process where I realize the song isn’t going to be anywhere near as good as it was in my head. But that moment can also be a release. A letting-go of any expectation and a commitment to just put one foot in front of the other and chase the rabbit down the hole.”

Music for Looking Animals follows Simpson down eight of those rabbit holes. If the record–produced and mixed by Walseth and mastered by Howie Weinberg–has a throughline, it’s the importance of staying open and grounded.

“This record, to me, is about letting go of what keeps you out of relationship to yourself and others,” Simpson said in a Facebook post last month. “About opening up when you are terrified. About the inherent strength of vulnerability—of being present and embodied and connected to the people in your life.”

Music for Looking Animals is out June 26 via Spartan Records. You can pre-order it here. 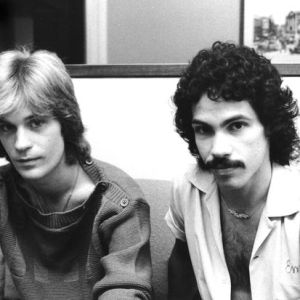 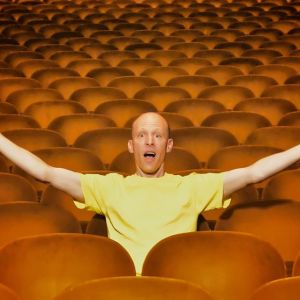