Released on the 1973 album, Abandoned Luncheonette, the soaring and forlorn ballad, “She’s Gone,” is one of the more personal songs for the popular and platinum-selling 1970s soul duo, Hall & Oates. Written in the group’s upper eastside New York City home apartment, “She’s Gone” was inspired by real heartbreak and buoyed by the comradery of deep friendship that’s often needed to get over a pain in order to move forward with life.

The song begins with a floating keyboard and a light snare. A thumping bass line quickly comes in next – bum-bum, bum-bum. An electric lead guitar and a wa-wa rhythm enter to back up the growing melody. Now the stage is set, the mood is open. Soon, two pretty voices come in together, unified. But all of this build up is a preface to the beautiful, soaring chorus, which acts as much as a release of strike as it does a song’s hook: “She’s gooooone! Oooooh why! I better learn how to face it!”

Even though the song was written nearly five decades ago, the feeling of loss expressed in the lyrics is as poignant now as it was in the era it was composed. We caught up with John Oates, one of the writers of the timeless “She’s Gone,” who is also, of course, one of the co-founders of Hall & Oates. We asked him about the origin of the song, how the duo felt once the epic tune was complete, how the recording process influenced the final track, and whether “She’s Gone” is the best song the successful friends has ever written.

Is it true that both you and Daryl were going through breakups when you wrote, “She’s Gone”?

What was happening was we were sharing an apartment on the upper eastside in New York, which I didn’t really care for, that neighborhood in New York City. I never felt comfortable there. I always loved Greenwich Village. So, every opportunity I had I would always go to Greenwich Village and hang out downtown in SoHo and hit the clubs and music venues and things like that.

I was downtown one night. It was December, it was freezing cold, it was very late, like 2 o’clock in the morning. There was a soul food restaurant that was open. I think it was called, The Pink Tea Cup, on Bleaker Street. I went in there to get a bite to eat and this gal came in. She was dressed in cowboy boots and a tutu. I remember it well. She sat down, we began to talk and hang out.

We started hanging out together and I asked her if she wanted to get together on New Year’s Eve, which was coming up. She said yes but she didn’t show up that night. So, instead, I sat in the house by myself and started plunking around the guitar and coming up with this folky kind of chorus saying that, well, if she’s not coming tonight, then she’s probably never coming. That’s how “She’s Gone” was born, in terms of the chorus idea.

Then Daryl got back a few days later. He had gone through a breakup of his own. So, he and I sat down and we kind of pooled our sorrowful resources, so to speak. We began to write. He came up with the idea for the verse. We just pulled my chorus and his verse together. We picked very, kind of, you know, poetic but simple lyrics for the verse that really just somehow embodied loss. I think it’s a universal loss but done in a very personal way.

It’s been said that you both have said that “She’s Gone” is the best song you’ve written together. Do you believe that to be the case?

I don’t know if it’s the best song we’ve ever written but it’s certainly one of the most enduring songs. I think it’s a song that is certainly emblematic of our collaborative relationship.

How did you feel after it was written? Was there some sort of “By Jove, we’ve got it!” or what were the magical qualities you felt you captured?

We knew it was a good song. We knew it was unique. But really that song – don’t confuse that song with the record. The song was the thing that happened in our living room with him on the piano and me on the acoustic guitar. The record is what happened when we went into Atlantic studios with the legendary producer, Arif Mardin, and this incredible collection of musicians who he surrounded us with and his string arrangement and the chemistry. I call it the perfect storm of creativity. It turned that song into a classic record that has really stood the test. 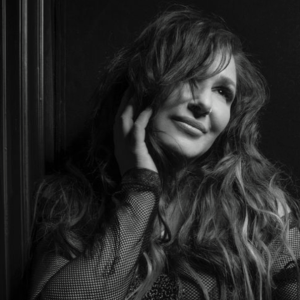 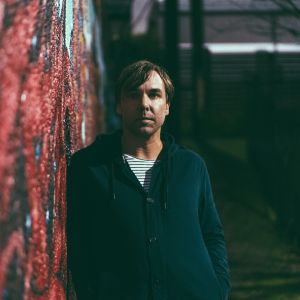