“Producers and songwriters use a lot of psychology,” Chris Lee told American Songwriter last spring. “They work through really personal things and the end result is this beautiful song that they can share.”

When Lee called in for that interview last May, his career was rapidly changing. Just that week, he had won an episode of NBC’s hit songwriting competition show, Songland, and had his song “Love Struck” recorded by Boyz II Men. Speaking with American Songwriter, he was reflecting on the journey he had taken to that moment… and a key part of that journey was his fascination with the interaction between psychology and music making.

That interest, he revealed, spurred from the fact that he almost studied psychology in college—for as long as he’s been making music, he’s been considering the mental and cognitive impacts it could have. Now, on July 2, Lee—under his artist name, ChrisLee—unveiled a new single which serves as the ultimate vehicle for the psychological power of music, both literally and figuratively. Titled “Leave Your Light On,” the song is an impassioned message of hope (the figurative side) and will be used to raise money for the National Alliance on Mental Illness (the literal side).

“This song came about because of one of my mentors and close friends, Jerry ‘Wonda’ Duplessis,” Lee said recently on a Zoom call. “I was best friends with his son, Ray, growing up, so I was fortunate enough to be in his studio. That’s really where I got my ‘studio legs’—that was my introduction to, like, real pop culture, studio life, seeing how the pudding is made. So, in 2018, when he was out visiting Los Angeles, we got into the studio together. He started playing these beautiful chords, so I started to improvise with my voice. That moment between the two of us felt so powerful.”

Inspired, Lee ran to grab his iPhone and began recording a voice memo. “I improved a melody and some ideas,” he continued, “and it ended up becoming a whole song. It’s funny, at the end of the voice memo, you can hear Duplessis say ‘Somebody better have recorded that because I’ll forget all of it.’ I was like ‘Oh yeah, I got that.’ It was just one of those things where the magic happened immediately. Afterwards, I couldn’t stop listening to the voice memo—I desperately wanted it to come to life.”

So, Lee started building ideas out of the voice memo—before too long, the tune’s sails caught wind. “It was a really, really tough time for people in my life whom I love,” Lee remembers. “Folks were going through hard challenges with mental health, to the point where it was really not looking good for those people. It was crushing. I had just moved out to California from the East Coast six or seven months prior to that, so I felt very disconnected and helpless in what I could do for those people in my life. So, I put all of that into this song and it just felt super powerful—the concepts, like ‘leave your light on’ and everything felt really important.”

Shaping the song into the version that came out July 2 proved to be a momentous process for Lee in a couple of different ways. On a personal level, it felt rewarding for him to be able to channel his love for his friends and his appreciation of holistic mental health into something so tangible, so precise and musically effective. On a grander level, he felt like the revelation of the lyrics unmasked an important lesson for our times.

“It’s about collectivism—all of us are the atoms that make up the sun,” Lee explained. “It’s one big ball of light or all these little individual lights… it all works together. You can choose to dim that or shine it, but everyone has a unique lens. So, I think the more we foster those beautiful things within ourselves and the people around us, the more we benefit. Like, if you walk into a room with bad energy, everyone can feel that. Similarly, you can feel the opposite if everyone’s lit up, like at a concert. So, I wanted this song to carry that message for the people I love, but couldn’t be with when I wanted to.”

From the moment Duplessis began playing those chords in the studio to today, “Leave Your Light On” has gone on a three-year odyssey, changing Lee’s life along the way. Now, to have it finally coming out, he’s ecstatic. “My life was going through its own ups and downs, so I kept revisiting this song at different stages over the three years,” he said. “It’s the first record for me that’s felt like it’s own mission. It doesn’t even feel like it’s ‘my’ record, it’s this whole other thing, if that makes sense. And with everything going on right now, the message feels really important. So, I’m just really excited.”

And right as Lee was gearing up for this release, he got one last note of reassuring validation from an unlikely source: Canadian singer-songwriter, Jessie Reyez.

“My girlfriend and I do live music and yoga classes, where I’ll play songs throughout the class—Reyez was on tour or something and came to one of our classes,” Lee recounted. “I played the song and after the class, she made a little face before she got into her car. She came back in and said ‘Hey man, what was the name of that one song you played?’ I was like, ‘Oh, it’s one of mine—it’s called ‘Leave Your Light On.’’ She was like ‘Do you have that out?’ I was like, ‘Not yet, but I’m working on it!’ She said ‘Boy, you better release that record!’ So, there you go—if that’s not confirmation, I don’t know what is!”

So, with the world opening up again and the future looking a tad bit brighter than it did a few months ago, Lee feels good about everything. “It’s very serendipitous timing,” he said. “As a songwriter, you’ll be working on tunes constantly—then, you try to figure out when the right time to release one is. So, I’m happy to have this coming out now and I hope it makes it to the right ears. My philosophy has always been that if my song can touch just one person, then it was 100% worth it. I hope this goes towards raising awareness and helping folks get a little bit further through their days, weeks or months. It feels good—now, what happens next is up to the universe.”

ChrisLee’s new song “Leave Your Light On” is out now and available everywhere—watch the music video for it below: 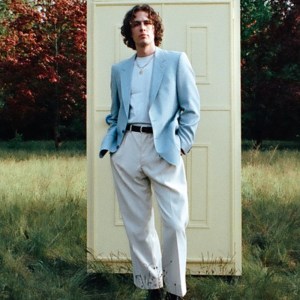 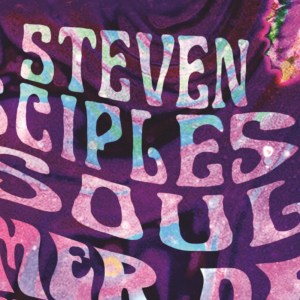