When the COVID-19 pandemic hit back in March 2020, singer, songwriter and producer, Josh Kelley, was already pretty accustomed to the quarantine lifestyle.

“We live way up in the mountains here in Utah and we already sorta had a ‘homestead’ life anyway,” the 41-year-old told American Songwriter. Along with his wife—actress Katherine Heigl of Grey’s Anatomy fame—Kelley has spent the past year hunkered down, devoting himself to his family and a few new hobbies.

“I had to re-learn a lot of things that I had completely forgotten from my adolescent scholastic years because my kids needed help with their schooling,” Kelley explained. “So, I re-learnt how to do certain types of math and history lessons and things like that. We just threw ourselves into ‘learning mode’—Katie got an herbology degree, I got really into leather crafting. That part of it was a lot of fun.”

But beyond the newfound hobbies and reinforced elementary school lessons, Kelley also learned something else during the pandemic, something incredibly valuable: how to engage with his fans online. Now, on April 23, Kelley has put out a new album featuring reimagined versions of some of his most cherished tunes. Titled Unplugged From Upstream Studios, the record is a celebration of the love Kelley has for his audience.

“The pandemic forced me to get more involved with my online fan base,” Kelley said, explaining why he decided to put the project together. “I found that when I involved them in my process, I learned a lot. That made me realize that I should’ve been doing this the whole time—I never should’ve needed a pandemic to hit for me to start doing that. This record is a way to give back to the fans. Through social media, I asked them which songs they wanted to hear.”

So, with a dream setlist picked out by fans—mixed with a few hand-selected favorites from Kelley and his close friends, of course—Kelley got busy whipping up arrangements in his home studio… which was another thing he was pretty accustomed to prior to the pandemic. While artists of all kinds have learned how to record in unique ways in order to adhere to social distancing guidelines, Kelley has been doing it by himself since the very beginning.

“It’s my fault that people don’t realize that I play 15 different instruments and produce and engineer my own music,” he said. “I’ve been doing it that way since middle school, really. I just never thought of it as an angle that would be interesting to anyone else. To be honest, I think I thought that everyone did it that way. Once I got more into the business, I realized it was an anomaly.”

But with all of those years of self-producing experience up his sleeve, Kelley’s gotten really good at honing in his sound, which came in handy for Unplugged From Upstream Studios. As aforementioned, Kelley wanted this record to be a tribute to the community of fans that have provided him his livelihood… in order to do that, he decided he’d try to recreate the magic of his stripped-back live show on tape.

“Since 2014, we’ve kinda learned that even though my full-band show is super fun and high-energy, my acoustic show just moves the needle more,” he explained. “It’s just me and a piano or me and a guitar. Having all of that space to be funny or to play a song that can evoke enough emotion to make you cry, I think it becomes more of a variety show, one that’s moving emotionally. So, this record is geared more towards that: the solo, unplugged, troubadour vibe. I love it. I love messing with people, I love making them laugh and making them cry within the span of five minutes.”

And with an amazing amount of musicianship and technical skill, Unplugged From Upstream Studios is the definitely the kind of record that can get you jumping back and forth from crying to laughing. Between the powerful gospel swells on “Hold Me My Lord,” the heartwarming sentimentalism of a song like “My Baby & the Band” and the magnetic liveliness of Kelley’s performance of “Masterpiece,” the record as a whole has all the same ebbs and flows as an actual live, intimate performance.

“It definitely took a lot of strength to not add more,” Kelley said with a mischievous laugh. “It’s just me alone in this studio in the middle of nowhere—I don’t know if there’s another musician within 100 miles of where we live. So, a lot of it was a process of involving people, really—involving people who are close to me, involving people who have been a part of my career.”

Some of that involvement came in the form of making the record itself—working with a gospel choir, sending tracks out, mixing things together, the likes. But Kelley’s also alluding to that increased involvement of his fans. More than just making this record for them, Kelley used the pandemic to truly foster a relationship with his community of support in a more intentional way than he ever had before … and the results were astounding.

“Because of that, my social media numbers doubled during COVID,” he said. But, in order to get that kind of response, Kelley was rising to the challenge with unique, fun and innovative engagement ideas. “I feel like I was one of the first artists to do a lot of livestream shows during COVID—at the beginning, I’d do two a week,” he continued. “I’d do a regular live show on Monday. On Thursday, I would do what I called a ‘fan jam.’ I’d go on Facebook live and through the fans commenting, we’d all write a song together. They could see my screen and see how I produced—I basically shared the screen with my viewers and just started reading all of their comments. I’d be like ‘Okay, today I feel like using my Michael McDonald voice’ and we’d write, like, a Doobie Brothers song. They would come up with the craziest, weirdest lyrics—I loved it.”

And it’s that jovial spirit—the spirit that inspires his dynamism, the spirit that allows him to legitimately enjoy learning things with his kids, the spirit that pushes him to make that connection with his fans—that’s the secret to the Josh Kelley magic. Both on the stage and off, he brings an openness and authenticity to his work that’s as refreshing as it is artistically potent. In that sense, Unplugged From Upstream Studios isn’t just a collection of some of his finest songwriting cuts, but a testament to qualities he embodies: authenticity, intuition and an unwavering love for the art of making music. Now, with more and more getting the COVID-19 vaccine each day, Kelley’s looking forward to making that connection with fans in-person again—in October, he’s set to go on his first string of post-pandemic shows.

“It’s been fun to do all of these online shows, but there’s nothing like having a real, tangible audience in front of you,” he said, concluding. “It’s the little things that make the biggest moves in my show, which is hard to translate to an online format. So, to get back out there… I’m really excited.”

Josh Kelley’s new album Unplugged From Upstream Studios is available everywhere now. Watch a live performance of the single “Hold Me My Lord” and check out Kelley’s upcoming tour dates below: 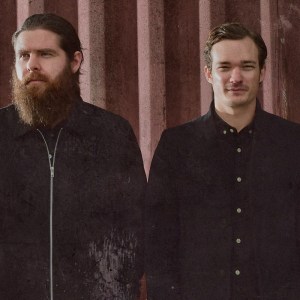 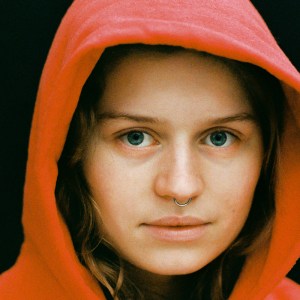