Seattle-based reggae musician, Clinton Fearon, likes to think of himself as an “optipessimist,” meaning he both strives for positivity but doesn’t ignore the negative side of things. Fearon, who often wears a bright smile and sings with a rich vocal timbre, knows that life takes hard work to get through. From a young boy in Jamaica to moving to and navigating the Northwest, Fearon has thrived, above all else, because of his passion for music. And it’s this passion that he continues to subsist on during the global Coronavirus pandemic while brining his regular live-streamed shows to his tens of thousands of fans.

Fearon, whose next live-stream will air on his Facebook page Sunday at 10 a.m. PT, released his latest album, History Say, last year. The record, which features songs like the ponderous, “Technology,” and hip shaking, “Mr. Pretender,” also speaks truth to power. Fearon, who says he doesn’t consider himself a protest song singer, notes, however, that he always aims to tell the truth in his music. Indeed, he treats his art very honestly. Without that approach, the songwriter says, there would be no point to the hard work.

“I always try to let my friends and fans in on that little secret,” Fearon says. “Well, it’s not really a secret. But, I always say to do what you love and love what you do. You can wake up smiling and go to bed smiling even though times are tough because you’re doing what you love. None of us stay here forever.”

Fearon’s passion for music began at an early age. He says he “met” his first guitar at 10-years-old. He already loved music then and was playing any instrument he could get his hands on. When Fearon was 15-years-old, he moved to Kingston, Jamaica, and started a band. Not long after, he joined the popular group, The Gladiators, which would go on to have many years of success, sign with Virgin Records and earn the members fame. But before all that, Fearon had to learn to sing.

To hear Fearon sing today is to understand the essence of reggae. His voice bounces, lifts and echoes all at once. It has tradition in its sonic sinews; history and stories are part of Fearon’s melodic DNA. But while there is so much history stored into his singing voice, Fearon says he picked up the ability to sing from simply listening and, at first, emulating. He had no mentors, per se, he says, just the songs and sounds on the radio, from The Beatles to Mahalia Jackson, from gospel to country to calypso.

“Country and gospel are very close,” Fearon says. “They have similar chord movements, similar melodies. So, all of that was an influence. In terms of developing a voice and character, I love melody. Sometimes I might not know the words but the melody will catch me. I believe in coming from the heart with what you’re singing.”

While books could be written about The Gladiators – the group experienced its heyday in the 1970s – to distill the band to a single essence or idea, Fearon says the stalwart, focused nature of its members sticks out most.

“We were determined to be something,” Fearon says. “With The Gladiators, we saw it as a way out. With other jobs, we couldn’t pay our bills. And if you were able to pay your bills, by the time you were done with that, you’d already be behind. So, we made a pact that we would work. We were going to rise above it.”

In the late 1980s, now done with the band, Fearon moved to Seattle and took up roots. Since then, he’s put out a baker’s dozen-worth of solo albums, from 1994’s Disturb the Devil to 2019’s History Say. Perhaps the most noteworthy song on his latest offering is the track, “Why Worry.” Fearon says he wrote the tune, which states that worrying is a “waste of energy,” to remind himself of its message. For Fearon, reggae has many gifts, from truth telling to inspiring a better life.

“In the 70s, music saved me,” he says. “Without music I easily could have gone toward the badness and then I might not be here today.”

Music continues to help the artist through tough times. While, like many others, Fearon has lost myriad gigs and opportunities due to the Coronavirus pandemic, through his live-streams, connection to fans and his continued devotion to playing, his spirit remains high and his heart remains hopeful.

“Even though I’m an optipessimist,” Fearon says, “I still love to look towards the light at the end of the tunnel. It feels tough today but we’re going to get through it. I believe in mankind, I believe we’re resilient. If we want to do good, we can do good. Sometimes we’ve got to get shaken up to remember that.” 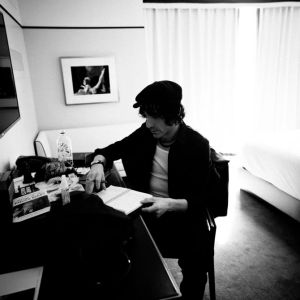 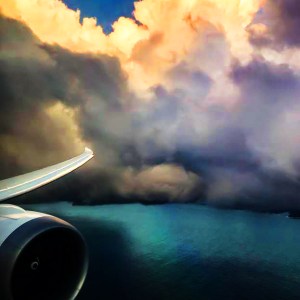