SYDNEY, AUSTRALIA. On March 11th, all of our gigs were cancelled. We flew home from West Virginia, the only state that hadn’t yet confirmed a Covid-19 case. I had returned home to our L.A. home countless times, but this was different. My wife Sal was in Sydney, and for once, Venice Beach felt very lonely.

My boys, Matthew and Joe, were near, and that was a comfort. Where to go, what to do? Sal and I, although 7,000 miles apart, felt we were both safe and should wait a few weeks as we all watched what developed.

May 1 was set and booked for my Sydney flight, but a two-week mandatory hotel quarantine was imposed for all returning Aussie nationals. I was granted an exemption to enter, since I am married to an Australian, which was a much-needed spot of good news. But the quarantine was not negotiable.

As weeks turned into a month, May 1 still seemed distant. Plan B: I booked an earlier flight, departing April 17. There were no direct flights from LAX then or now, so this required an initial connecting flight through San Francisco. Packed and beyond ready, I waited until the day arrived.

A friend drove me to LAX, where the surreal nature of it all kicked in. Empty terminal, empty lounge (!). “Is there anyone in here?I asked. “No, you’re the only one.”

My flight to San Francisco left early, with all four passengers onboard. Masks, gloves, wipes and gel. My pockets were full. A beautiful sunset landing in San Francisco, and my second empty airport of the day.

One little Japanese takeout place was open, which I knew might be my only meal until Sydney. The three-hour layover was again surreal as the few ghosts present practiced extreme social distancing. I’ll admit I’ve been flying up front in the pointy bit of the plane longer than I can remember, but as I boarded there were clearly very few passengers willing to fly in either the front or the back; they wanted to spread out.

“40 passengers total” I was told after settling into seat 2A. The 787 Dreamliner is usually configured to carry 250.

Most Australian flights depart late in the day (10:45pm) which helps if you can sleep. Which I did with a carefully measured combo of Valerian, Benadryl and Xanax.

“Can I get you anything?” a masked flight attendant offered when I woke seven hours later.

“I’m sorry sir, we’re not able to serve that with this very limited service.” I’ve had coffee every morning of my life for at least the last forty years, so this was again another first. Fine, onward—and I slept again for another two hours.

Forms were filled, announcements were made and after fourteen hours we approached Sydney over the harbor bridge. The entire entry process was very organized and, barring a minor issue with my visa –my deferment was a few pages deep in my paperwork — we collected bags and were directed to one of two buses.

We still hadn’t been told where we were going although I knew the InterContinental Hotel was one of the six options, and the only five-star hotel included. Fingers crossed – a friend of the family had arrived two days earlier and was staying there. Would I also be so lucky? Yes, I was! Along with the other five passengers on my coach. A sigh of relief although we were soon told the bad news:

“You cannot leave your room for the fourteen days. The windows don’t open, there’s no smoking allowed at all. Are any of you smokers?”

One guy in the back raised his hand. “Well. good luck,” he was told.

I’ve spent half my life in hotels and often in far worse than the room I’d been assigned. I was accompanied by a soldier (Air Force) with my luggage but not issued a key. You are let in but not allowed out. Why would I need a key?

I’m in room 2419 looking out over a massive city construction site that is still in full swing. I did a live Skype feed with the Australian “Today” show the minute I was settled, which was bizarre, to say the least, but host Richard Wilkins is an old friend and we thought what the hell. It gave my Australian family and friends a chance to see that I was here and in pretty good shape. Also: a tub! Bonus! Not all hotels have them anymore and I figured that’s good for an hour a night.

“How to fill my time?” I’m a reader, which had always served me well for my years on the road, so I’d brought many books. The Cool School, a compilation by the late Glenn O’Brien of Beat and Jazz writers, is top of the pile. I joked with Wilkins on the “Today” show that maybe it was finally time for Proust. I had downloaded all seven volumes of Remembrance of Things Past into my iPad.

I’m allowed deliveries, and Sal is the best cook on the planet, so the first day I was feasting on freshly made carbonara, home baked focaccia & prosciutto. So, yes, I know…I’m a very lucky man. Nothing is allowed out of the room, including yours truly, so the new iPad I had brought Mrs. B will have to wait the two weeks as well.

There’s a knock at the door three times a day. A boxed meal is provided. But as I mentioned, I haven’t had to rely on that yet.

A major issue arose: Sal had brought fresh things that needed to be refrigerated, and yes, my room has a mini-bar. Unfortunately, before my arrival a glass bottle of Coke had frozen and exploded inside the box, so the majority of the day was spent defrosting and carefully picking broken glass out of said ice. Haven’t done that in a while (never). Live and learn.

It is now Tuesday, my third day confined.

Sit-ups, crunches–all the things we avoid doing usually on the road now seem unavoidable. Why not, I’ve got the time. My stepdaughter Lil and her friend Alba delivered fresh baked goods this morning. Fantastic! I waved at them from 24 floors up, but they couldn’t see me. I have a gluten deficiency so I’m on the baked goods diet anyway (joke).

This morning’s good news: my departure date is fourteen days/thirteen nights as of Saturday, May 2. Technically I’m allowed out at 12:01am Saturday morning. That’s really late Friday night in my book, so that’s what we’ll do – a midnight run!

I’ll close with this: I’ve been blessed in that boredom was never one of the cards I’ve been dealt. Tedium is very real and surfaces regularly in the life my bandmates and I live. I’d like to think I’m a little better suited to this drama than most, having spent over 50 consecutive years in hotels and airplanes. Time will tell, of course, but for now I remain healthy, fit and unbelievably spoiled.

As we say in our band, ONWARD!

Love & strength to anyone who’s listening from my 5-star Sydney quarantine, 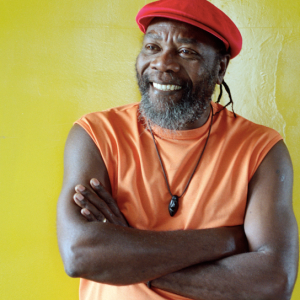 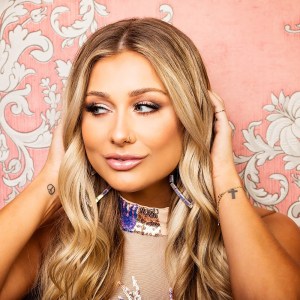