In tumultuous modern times, it can be hard to put a sentiment properly into words. So, for Southern California-based songwriter, Zach Gill, he didn’t. During quarantine, the multi-instrumentalist, who also frequently plays with surf-songwriter, Jack Johnson (the two are very close friends), began writing and piecing together a new (mostly) instrumental album, Cocktail Yoga, which features little sonic ecosystems that bubble and bounce, fly and dive from note to note, creating a pleasant, thoughtful palate of music the listener can delve into closely or have in the background like “wall paper.” The nine-song record, which features song titles like “King Dancers Delight” and “Salty Down Dog,” is out today.

“With instrumental music, it adds to the space,” Gill says. “It feels like changing the lighting or having a cocktail. Now everything feels alive in the space. It’s like furniture in the background. It’s not something meant to be this catchy-hit-song that’s going to sweep the nation. It’s a different intention.”

It’s no secret that the world is changing. Giant social tectonic plates are shifting – we hope for the better. But, as of yet, it’s still unclear. We’re in the middle of something. We’re in the eye of the storm and the torrent is still on the move. Gill knows this. And this specific dynamic fostered his push for his instrumental compositions on the new album. It’s can be seemingly impossible to know what to say, to even be accurate. So, given that, Gill though, perhaps music is the best language to turn to.

“It’s such an intense time and there’s a lot to think about,” Gill says. “That’s how I process information, by writing about it. But it became clear that maybe it’s not the time now – it’s a hard time for America and for human history. It’s definitely something we’re still in the midst of.”

What Cocktail Yoga does say, though, is delightful. For as playful as it can be, it’s also encouraging. It’s often the sound of a smile ringing out or, at other times, the harmony of a dozen metaphorical question marks humming and buzzing. It’s music that comes from a songwriter who, himself, was encouraged early on and who learned about the uplifting potential of music from his reassuring family. Gill, who was born into a musical household, picked it up from his parents and grandmother. From there, he loved it. He appreciated improvisation as well as the structure. It was where he wanted to be.

“I was encouraged,” Gill says. “And I feel so grateful for it. Music has become my life’s path and I’ve been on it a long time.”

When the COVID-19 pandemic – and subsequent quarantine – hit, Gill and his family hunkered down at home, trying to avoid the potential life-threatening illness. They focused on their garden. The kids played outside (and are still doing so, occasionally, in masks). Gill built a pergola (no easy task, he says). Band tours were, of course, cancelled. So, he gravitated to his garage where he’d set up a little studio and he began to write and fit together the musical puzzles that would become the tracks on Cocktail Yoga.

“Sometimes I feel like a painter or sculptor,” he says. “When I’m listening to something I’ve written, I pull out what’s needed. I’m shaping it.”

Gill had already had a few threads of songs written. He’s always writing, sometimes working on a song for years on end. Some snippets he writes end up on Jack Johnson albums, or different projects, others stay more personal. As the new songs came together, he began to realize he had something special and worth sharing with the world. In fact, he had many little musical worlds to share with the big real one. Gill is skilled, comfortable working with music. But it’s not something he ever takes for granted.

“I’m still learning,” he says. “I think that’s the practice. Maybe it sounds hokey-pokey, but that’s the spiritual practice. Every time I wonder if maybe I’ll sink. Like, I was working on this one song this morning – god, I’ve been working on it for years. One thing that’s helped me early on, though, was I got involved in theater and doing improv games. Just making it up, knowing you’re going to fail.”

While Cocktail Yoga is almost entirely an instrumental album, Gill says he’s open to the idea of the internet taking it over and adding lyrics or vocals and remixing it. That would further the fun of the work, which already features upwards of two-dozen physical and digital instruments. For a musician who is both studied in his craft and in the world at large (Gill is a former History major and Ethnomusicology minor in college), he appreciates common kindness as much as technical prowess. In fact, reflecting on the passing of music legend, Toots Hibbert, Gill recalls an important story.

“Toots was playing SNL and somehow he got Jack [Johnson] and Ben Harper to come sing backup vocals,” Gill says. “It was Jack’s first time on SNL and he tells the story of how Toots came up to them and said, ‘Hey, what’s up guys? What song are we doing?’ They both kind of got scared! But then Toots smiled and went right into the song. It was so good. Kindness – it’s huge.”

And while music remains seminally important, Gill also realizes how essential hard work is when attempting to maintain his relationship to the art form.

“It’s almost like it’s religious,” Gill says. “It offers me salvation but makes me, like, promise loyalty, too. It’s endless. Music can always go deeper.” 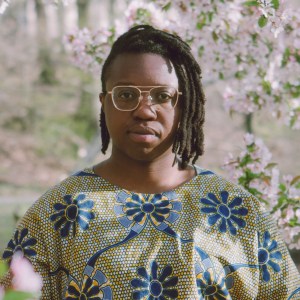 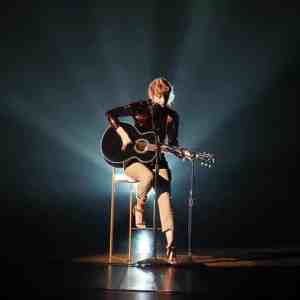