A familiar voice resounded through the hallowed walls of the Grand Ole Opry on Wednesday night. Taylor Swift fell right back into her place on the country music stage with ease, as part of the 55th annual ACM Awards. The Opry stage was one of three legendary Nashville stages, including The Ryman and Bluebird Cafe, that hosted performers during this year’s re-imagined awards show.

After seven years away, the industry icon performed her country-leaning song, “Betty” for the first time. The reminiscent track is the only one to make it to country radio from her latest indie-album, Folklore.

The stripped-down session represented her new chapter, as defined by Folklore, which she announced only a day before her July release date. The artist re-emerged as Music City remembers her best ––acoustic guitar in hand, backed by only a harmonica. Swift styled herself for the pre-recorded event with a sophisticatedly undone look. Her sequined turtleneck softened the spotlight, creating an illustrious aura around her curls that she has concealed for so many years.

The enchanting performance came after a seven-year absence from the awards event. The 30-year-old artist made her ACM debut in 2007, performing “Tim McGraw.” Since then, she’s claimed nine awards from the institution. Swift was the last woman to win the ACMs’ entertainer of the year crown, picking up the top prize in 2011 and 2012. Wednesday night, Carrie Underwood ended up in a tie with Thomas Rhett for entertainer of the year, winning it herself for the first time since her two-year run with it preceding Swift in 2009-2010.

Her last ACM’s performance was in 2013 as a guest star on Tim McGraw’s rendition of “Highway Don’t Care,” along with Keith Urban. That year was also her last CMA Awards appearance. Swift sang the title-track from her then-current record, Red, in a similarly laid back acoustic setting with the help of Vince Gill and Alison Krauss.

In April 2015, the star received the show’s Milestone Award. Swift was selected as part of a seven-artist class, including Garth Brooks, George Strait, Reba McEntire, Brooks & Dunn, Miranda Lambert, and Kenny Chesney, for their significant impact in country music. The award came almost a year after announcing she would step away from the genre and head full-time into pop music.

“Somebody once told me that you truly see who a person is when you tell them something they don’t want to hear,” Swift said in her Milestone Award acceptance speech. “And so to the country music community, when I told you that I had made a pop album and that I wanted to go explore other genres, you showed me who you are with the grace you accepted that with. I will never forget it.”

This was only a few months into her next phase. 2014’s 1989 made a screeching detour from the country music with chart-topping singles like “Bad Blood” and “Shake It Off.” In the years to follow, she began to slip from the ties that bound her to Nashville.

In November 2018, Swift’s 13-year contract expired, and UMG’s Republic Records quickly swept her up. Swift had negotiated ownership of all future masters with her new agreement, while Big Machine retained ownership of her first six albums.

Swift was angrily outspoken about her early masters’ uncertainty, alleging she did not have legal rights to perform some of her old songs for a 2019 AMA’s performance. She even threatened to re-record her old work to re-gain rights to the music. Instead, she delivered Folklore. Like the turning of a crisp new page, the album breathes life back into her musical talent, shifting the conversation away from dollar signs and disdain.

“Betty” belongs to a trio within Swift’s collection, referred to as a “Teenage Love Triangle.” Written from the perspective of a 17-year-old boy, “Betty” captures the heart of hard lessons learned. The subject, James, grapples with the loss of his first love. The lyrics follow a boy who knows he’s at fault, desperate to make things right, yet understanding his actions’ implications.

“I think we all have these situations in our lives where we learn to really, really give a heartfelt apology for the first time. Everybody makes mistakes, everybody really messes up sometimes,” Swift told country radio in August when the song debuted at no.6 on Billboard’s Hot Country Songs chart.

“Cardigan” is presumably poor Betty’s heartbreak ballad, and “August” belongs to the meddler. This third-person subjective take on songwriting is new for the artist who has detailed her relationship tribulations for over a decade.

Swift’s mesmerizing appearance seems to have brought her artistry full-circle. Despite any bad blood on the business side of things, the poised artist has nothing left to prove. “Betty” nods to her Nashville roots and her soul that lies in songwriting.

Watch Taylor Swift’s return to the Academy of Country music below. 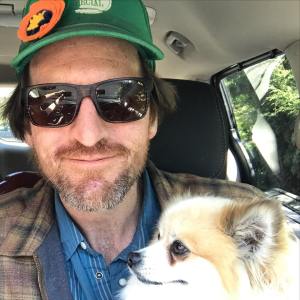 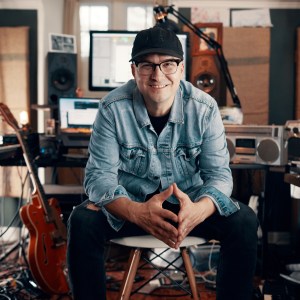