Cole Swindell has come full circle in his songwriting journey. He started out as the one pitching his songs to others, before eventually making the transition to becoming a top-selling country artist with nine #1 singles as an artist (to go with 11 as a songwriter.) Now, in addition to his own material, he is the one choosing which songs by aspiring writers he’ll record. As a result, Swindell is the perfect guy to talk to when it comes to the ins and outs of the songwriting process.

American Songwriter spoke to him about his songwriter-for-hire days, the craft behind his own massive hits, and the process of finding great material written by others. Here are the highlights of that conversation.

On his early attempts, and occasional missteps, at being a country songwriter:
“The people I looked up to told me to write, write, write. The more you write, the better you get. That was my approach to it. But also, you wanted to write the best song. You always are thinking that. For me it was just getting the experience. Looking back, there are probably some ideas that I wish I would have saved till where I know now how to write ‘em. Back then I don’t know that I fully got the point across. It’s definitely not easy.”

On the pitfalls of trying to think what songs specific artists might like:
“When you go into a room, the main goal is to write the best you can. But there are times when you’re writing for somebody. You know, ‘So-and-so is going into the studio in a month, we should write something in their direction.’ Sometimes, you put yourself in a corner doing that. Write what you’re feeling that day and what your co-writers are feeling. That’s why I love country music. If you can relate to something, chances are there are a lot of other people that feel the same way, and that was always my approach to that.”

On his breakthrough “Rollercoaster,” recorded by Luke Bryan:
That’s one of my favorite songs that someone else recorded. That was an original idea from me and Michael Carter. We were so proud of that song. This was before either one of us ever had a hit. The point was how do we make this week-long relationship sound like a rollercoaster? Where it’s all the emotions in one chorus. Another thing that made the song special for me was I grew up in Southwest Georgia and we used to go to Panama City in the summers. So getting to talk about Thomas Drive, that made it special. The chorus was meant to make whoever’s hearing it feel that ride.

On what his #1 hit “Middle Of A Memory” taught him about songwriting opportunities:
I wrote that song with Ashley Gorley and Zack Crowell, and I learned a lesson that day. We were writing a song called ‘Kiss’ that I eventually released on our Down Home Sessions EP. In the second verse it said, ‘Girl, you left me here with half a beer in the middle of a memory.’ We just all stopped and looked at each other and said that’s a whole other song. ‘Middle Off A Memory,’ what a title. Ashley Gorley stopped right then and said, ‘Hold on, we’ll get back to this other one.’ We stopped and wrote pretty much all of ‘Middle Of A Memory’ before we even finished the other one. And it ended up being my fifth #1.

On the tricky process of writing seductive songs like “Hope You Get Lonely Tonight”:
You may say something, not meaning it in a certain way, and somebody takes it differently. And I’m not saying it’s a bad thing, if that’s how people feel. It’s a new day, and music is always going to be changing along with the way we view the world. You do have to toe that line and make sure you’re not being disrespectful. But it’s also part of life. It’s not like stuff like that doesn’t happen. I understand both sides of it.

On “You Should Be Here,” (written with Ashley Gorley), his tribute to his late father that resonated far and wide:
“I always say that was the most special song that I’ve been a part of, at least so far. When we wrote it, of course I was thinking about my Dad. That’s why I moved to Nashville, to write country music songs like that. As much as I love the fun ones, I fell in love with country music because of the way it made you feel, especially songs like that. It’s always been there for me. But to have a song to help somebody out there that feels like I did, that’s all I wanted to do.”

“I think that anybody who has gone through that, no matter who it is you lost, you’ve got that feeling. There are so many songs out there about losing loved ones, but this one, for me, was more about the moments of life that they would have loved. That, to me, was different. I think it’s so real. And no matter what you do in life, what your job is, you go through your life’s moments. And there are some that I haven’t even got to yet. There hasn’t been a show I’ve played where at least one person doesn’t have their own story like that. It shows you music is really powerful, and I’m glad I get to do it.”

On choosing and recording the songs of others:
“There are so many things that people don’t see, the way we go about recording songs, putting songs on hold, stuff that we didn’t write. Me being a songwriter first, I respect what they do. I know we couldn’t do without ‘em. I love writing the ones I can, but even more amazing to me sometimes is when somebody writes something that makes you say, ‘God, I wish I would have written that. That’s me.’ My latest single ‘Single Saturday Night’ (written by Ashley Gorley, Michael Hardy, and Mark Holman), when I heard it, it sounded like something I would have written. For me, that’s always the test: Do I wish I would have written that?”

“I’m never gonna be that stubborn to say I have to write everything. I think it’s easier to tell your story when you’re writing it, but sometimes some people can help you tell it. Knowing where I come from in the songwriting world, I know we wouldn’t be here without the songwriters. I know how important it is, and I’m glad I got to come up in that world. I respect totally what they do. They don’t get the credit they deserve. And I’ll always want to be known as a songwriter, no matter what.” 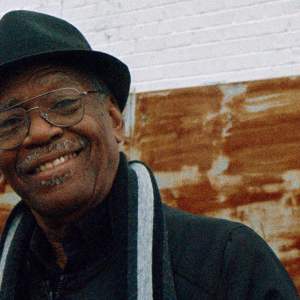 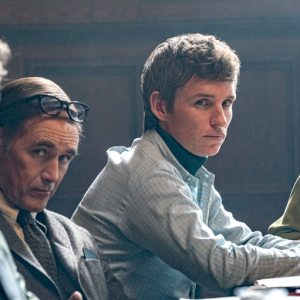