When Bryan Fox and his wife needed a performer for their annual fundraising event 10 years ago, they connected with fellow Kentucky natives Nappy Roots. The Southern rappers ended up being the first national act they booked for what would be an annual event supporting Smile Train, a non-profit organization that provides surgery and car for children born with cleft lip and palate.

“They came over to our house to play that event, and we hit it off right from the first meeting,” Fox tells American Songwriter. “My mind was spinning, and I just wrote the hook for ‘Countryfied State of Mind.’ I sent it to them, and they really liked it a lot, and that’s how it all started.”

The beginning of a lifelong friendship, and creative collaborations, following the release of “Countryfied State of Mind” in 2011, Nappy Roots pulled Fox in for Louisville-inspired pep rally jam “L1c4” in 2015. “Countryfied State of Mind” received such a huge response locally in Kentucky that it set the bar for future collaborations among the three. “I think that’s kind of why it took so long,” says Fox of the nearly 10-year gap in collaborations with Nappy Roots. He jokes that moving ahead they’re going to try not to wait 10 years to make new music together, and says “We wanted to do something again, but we can’t do anything below this bar that would be set off track.”

This year, the trio finally regrouped for their latest single “That’s About Me,” a lighthearted, hip-hop country-rocker narrated by Fox and Nappy Roots’ Ron Clutch and Buffalo Stille. Backed by loose beats, humorous lyrics reveal all the good, the bad, and the ugly of their personalities with Fox singing I gotta lotta vices, gotta lotta virtues / Might hit the strip club, might hit the church pews.

Recorded at Nashville’s House of Blues prior to the COVID-19 in February, “That’s About Me” initially happened by accident. Fox’s longtime producer Malcolm Springer (Matchbox 20, Collective Soul)—who he’s worked with for more than 20 years since his first band End of Me—had the music sitting around for some time. Fox was instantly grabbed by what he heard and asked if anyone had written lyrics to it yet. When the answer was no, he took it and ran.

On “That’s About Me,” Fox and Nappy Roots each take their turn revealing their similarities and differences. “That’s About Me” isn’t about race. It’s not about politics, or other socio-political issues. It’s about them.

“It’s so weird to say, but it’s such a perfect blend of diversity, and it works so naturally,” says Fox. “We have such a great relationship, and it just comes across. It’s an understated kind of thing with all the issues going on.”

Written by Clutch, Stille, Fox, along with co-writers Scott Reeves, Jason Bohl, and  Casey Davis, the track was penned before the recent Black Lives Matter protests, but lyrically there’s nothing overtly political, which was a deliberate decision among the group, with the exception of Clutch’s lighter admission, When I party, I’m bipartisan.

“Everything is so serious, and everything is so divided right now,” says Clutch who later croons Break out my fancy glass / When it’s time to get pissy / Keep my pinky up sipping my whiskey. “This song is kind of an escape from what’s going on right now in the world.”

“I think it really brings you back to a time before a lot of this happened,” says Fox. “It’s also the quintessential summer fun song that gives you a break from everything going on at the moment.”

Moving ahead, Nappy Roots are working on new music and Springer is helming Fox’s upcoming release, set for 2021. In the meantime, they’re all bouncing around the idea of an album together. “There’s just such a history between us now, and it just feels so fun, natural, and comfortable,” says Fox of working with Nappy Roots. “We had the best time in the studio and I think you can hear that in the track. That’s what we wanted the song to be about—just fun and light and lighthearted, and an escape.”

“That’s About Me” represents a unity among people from completely different backgrounds without having to spell anything out. “It shows how two totally different types of genres of music can comes together and create a song everyone likes,” says Clutch. “It’s the simple fact that we worked together and it worked.”

Stille adds, “It’s a perfect mix of everything—music, races and classes. That’s what ‘That’s About Me’ is about. It’s something I think will be a breath of fresh air and an escape for a little while—at least for three minutes.” 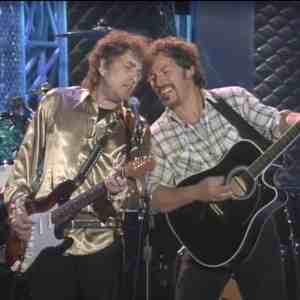