The members of Colony House are burning up in their latest ‘impromptune’ video, which shows the Franklin, Tennessee indie rock band spontaneously performing “Original Material” somewhere on the outskirts of Albuquerque, New Mexico.

“We were on a trip out west to capture a lot of the visuals for [our recent album, Leave What’s Lost Behind] and passed through Albuquerque,” lead vocalist / guitarist Caleb Chapman tells American Songwriter of the video’s conception. “It turned out our friend who was filming on the trip had family right outside Albuquerque with some property. We went and explored for the morning and ended up with [this] ‘Original Material’ impromptune.”

According to Caleb, the band didn’t fully realize what they were getting themselves into when they decided to shoot in the blaring desert sun.

“With the ‘Original Material’ impromptune we knew we only had a take or two in us because of how hot it was,” explains Caleb. “[But] being from Tennessee we didn’t consider how hot it might get at noon in Albuquerque, New Mexico, in the dead of summer. We had just finished a photoshoot and figured we might as well pull our instruments out and give it a go.”

Sure enough, the video sees Caleb and his bandmates Will Chapman, Scott Mills, and Parke Cottrell performing an acoustic version of “Original Material” around a Sony cassette recorder against a backdrop of rolling desert hills and a bright blue sky. The sun beats down on them, calling to mind the music video for the same track (though the music video is more of a sunset affair).

Colony House’s “Original Material” impromptune–premiering today via American Songwriter–is the indie rock act’s second such video, following the one they made for “Looking for Some Light”, which they filmed outside of Big Sur and released in October. Both videos were shot by the band’s visuals guru Jon Steingard (of the Christian rock project Hawk Nelson).

“The idea with these ‘impromptunes’ is to always keep it as casual and spontaneous as possible,” says Caleb of Steingard’s approach to these videos. “We call these acoustic videos impromptunes for a reason. They are usually a spur of the moment decision based on an interesting location we think would fit the vibe of one of our songs.”

While the “Original Material” and “Looking for Some Light” impromptunes share a raw, lo-fi audio quality and were both shot in beautiful outdoor settings, they differ in their visual approaches. The former is shot up close, cutting between individual band members and the whole group. The latter begins up close, but zooms out until you can’t even see the band–they dissolve into the northern California coastal bluffs in front of which they’re performing.

Both tracks appear on Colony House’s third album, Leave What’s Lost Behind (out now via Roon Records). Check out the band’s website for upcoming tour dates. 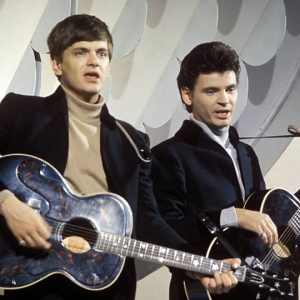 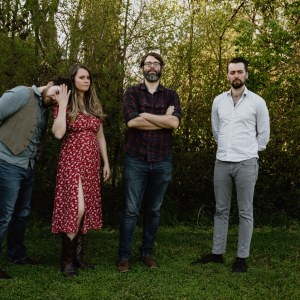