On Sunday, May 9 Willie Spence—a 21-year-old Georgia-native—joined Caleb Kennedy, Casey Bishop, Chayce Beckham and Grace Kinstler as he pushed through into the Top 5 contestants of the 19th Season of American Idol. Airing on Mother’s Day, the episode split time between renditions of Coldplay tracks under the mentorship of their frontman, Chris Martin, and contestant-selected tributes to the maternal figures in their personal lives.

Spence once again proved himself a standout of the evening with a shimmering, Gospel-esque performance of “Yellow” from Coldplay’s 2000 album Parachutes. The promising contestant was only a year old when the song Grammy-nominated track was released. Like Martin, Spence also got his musical start in church, so the two bonded from the very beginning of their work together.

Keeping vocals central, as suggested by Martin, Spence took the stage for an instrumentally stripped back version of the song that began with a moment of characteristic a capella, before piano slowly led him into a full-bodied show. After a dramatic sudden stop, Martin lauded the contestant, joking, “I’ve been doing it wrong this whole time.”

Judge Lionel Richie chimed in, calling his delivery a “religious experience.” Katy Perry agreed, saying, “You were back in that connected place between heaven and earth. That spot you get to when you let go and let God.” She adds, “Chris was humble enough to say, ‘Let it be Willie’s song.’” Luke Bryan got sentimental as the season nears a close, wishing their was more time. He says, “I will cherish forever the times I have gotten to hear you perform 20 feet away. Being in the room with you is a special thing.”

The second half of his evening was just as impressive when Spence honored his mother with Joe Cocker’s “You Are So Beautiful.” With caution, he slowly builds into the 1974 classic before erupting into a stunning vocal performance. Richie who was there when Billy Preston wrote it, and Joe Cocker sang it, praised his ability to navigate the notes. He jokes, “Willie-rized that bad boy.” Perry adds, “I think only a mother’s unconditional love gets the heavens to open up like that. It was straight from the heart.”

Other highlights from the Coldplay songbook include Caleb Kennedy’s take “Violet Hill.” He added a twang to the song that felt surprisingly suited to his rock performance that Perry says “scared [me] in a good way.” Grace Kinstler’s “Fix You” performance garnered praise from all three judges. Richie reminds the often-hesitant contestant that her faults are her “magic,” and Perry adds “Your vulnerability is your strength.” The addition of her Mother Day’s Day salute—Adele’s “When We Were Young” secured her spot in the Top 5.

After bidding adieu to Hunter Metts and last season’s comeback contestant Arthur Gunn, the Top 5 will return next Sunday, May 16 for the Top 3, ahead of the season finale on ABC at 8 p.m. EST. 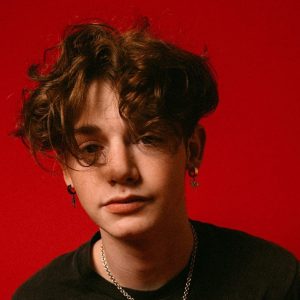 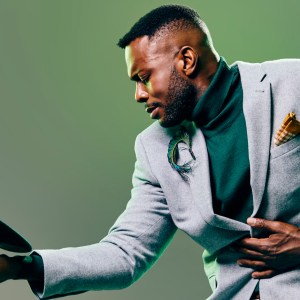