Seven years ago, Bruno Coulais began working with Tomm Moore on the soundtrack for The Secret of Kells, the first in the director’s Irish folklore trilogy. When Moore followed up the animated film, which was nominated for an Oscar, with the second, Song of the Seas, he once again turned to Coulais for the score. The film went on to win Oscar for Best Animated Film in 2013. Now, Moore’s final film in the trilogy, Wolfwalkers, looks certain to pick up another nod from the Academy, thanks to its beautiful animation and moving score by Coulais.

The mesmerizing Celtic-inspired adventure follows a young English girl, Robyn, as she tries to show her father she can help him with his task of keeping the wolves at bay from their pre- colonial Irish town of Kilkenny. In the touching story about family and friendship, duty and devotion, Robyn befriends a wolfwalker, Mebh, who is able to change form from girl to wolf while she sleeps, and they form a strong bond.

It’s a magical storyline, says Coulais. “The third film is a masterpiece,” he tells American Songwriter, via Zoom from his home in Paris. “I returned with great pleasure to work on Wolfwalkers. I can see how the films have evolved over the years; how the pictures have changed over time.”

For the French composer, who was nominated for an Oscar for his work on Les Choristes (The Chorus) in 2005, animation is his favorite medium to play in. Coulais’ output has been steady and constant over dozens of TV movies, films and shorts since the late 1970s, following his classical training in violin and piano. He was destined to compose contemporary concert music but started developing a love of the cinema that has only flourished over the years.

“For me, the music is like a character,” Coulais says. Figuring out the details of the characters he works on is what excites him, as it did with the trilogy that Moore created. For Wolfwalkers, those details are further enhanced by the intricate hand drawn animation. “Animation has a magic mood,” he says. “For me, it’s better for the music than a realistic film that has a scene with two characters in a kitchen. Animation is more for dreaming about music, especially when the magic is so present in the story, as it is in Wolfwalkers.”

It’s a long process though, which starts early on, with Coulais receiving rough images of the film. “They’re black and white drawings, and so I make a very strong association between the orchestration, the tonality and the colors of the film, the atmosphere. I have to imagine how the film will look in the end,” he says.

Coulais starts with a small motif of a few notes. “It’s an organic process,” he says. “When I have this motif, I believe in creating the music by chronological order. I start from the top and make my way down. I love to work on an animation movie because I have a time in which I can change my mind. I can make a lot of experimentations. And it’s marvelous.”

Coulais had 8 months to play with the music for Wolfwalkers. In that time, he worked once again with the Irish folk band Kila, who also featured in the soundtrack to The Secret of Kells and Song of the Sea. “It’s my favorite moment in the process,” says Coulais. “Because I did classical studies of music and I write my orchestrations, but with this band, they don’t read music, yet they are such good musicians, they are able to understand what I’m going to ask from them. For example, I will sing the theme or I play on the piano and immediately they make a very moving interpretation, an Irish interpretation.”

The band has also inspired Coulais to go beyond the instruments he usually includes in his orchestrations. “They play a lot of instruments—percussion, fiddle, dulcimer,” he says. “I didn’t think of these when I was writing, but the band gave me a lot of ideas. He enjoys the exchange of ideas between his classical training and their Irish folk sensibilities. “I learn so much from working with them,” he adds.

Since much of the film is about metamorphosis, Coulais kept that as a central idea for his music. “I tried to realize that with the orchestration and with Kila, but also the voices. I have a big orchestra but I love recording voices,” he says. Coulais enlisted his 14-year-old daughter to take part in his compositions. “I think voices are the magic part of the music for this film,” he says. “There’s something about them, especially children’s voices that are just magic.” 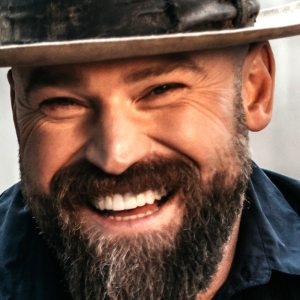 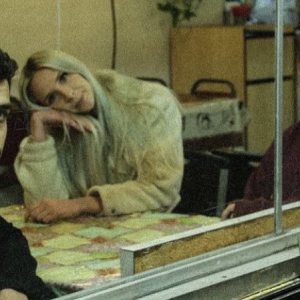