Many media outlets are quoting verbatim Bloodshot Records’ press materials for Cory Branan’s new album, Adios, calling it his “death record.” It’s such an accurate description of the recording that, well, it’s easy to see why everyone keeps using it.

It’s not all gloom and doom, but Adios does include a quite a bit of material about loss of everything from love to life. From a song about his late father (“The Vow”), to a piece about a deceased relationship that namechecks the late jazz vocalist Nina Simone, the tunes on Adios don’t sink in upon first listen. When they finally do, they’re as deep as the graves Branan digs here. Asked why the album is called Adios when there isn’t actually a song with that title on the record, he simply replies, “I say quite a few goodbyes on the album.”

Branan’s use of language on Adios, as usual, is a notch or two above what most of us would come up with. His songs are obviously pored over, edited and re-edited, sound like they probably keep him awake at night. Rarely do his lyrics sound like stream-of-consciousness writing, but more like the work of someone who really loves words and has a bigger vocabulary than most of us. One reason for that may be his love of poetry. The exceptionally-literate and articulate Branan may be as well-read and as big a fan of the great poets as anybody making records today. Probably much more so.

“Around high school I first dove headlong into the Spanish and South American poets like Lorca, Neruda, and Borges, and took the long way back to Frost and Yeats,” he says. “I can see now I was drawn to their deceptive approach of loading standard folk forms and – with Frost especially – conversational language with surreal, dark and tender contraband. I don’t know what impact that has on my songwriting but I do like to establish/subvert form, and I work hard at making things sound off the cuff.”

He has another influence that isn’t so obvious on the surface, but one that he acknowledges changed his direction as a musician. “John Prine is the reason I started writing songs,” he says. “He holds the same appeal as the poets I mentioned before. He’s deceptively light, and that humor relaxes you just enough for him to slip the knife in. Thanks to my friend Amanda Shires, I did finally get to meet him at his 70th birthday party. I talked to him for a long time, and in person he’s everything you’d hope he’d be. I’m laughing to myself just thinking about it.”

Branan is from a family of several generations of musicians, including his father, who was a drummer, but his musical history is perhaps a little different than that of most singer-songwriter types. He first grew up with the music of the fundamentalist Christian church in his family’s home turf of northwest Mississippi. “Definitely a lot of gospel and blues snuck in there, thank God, but I suffered my unfair share of the ho-hum hymnal,” he recalls. “My dad was really into the quartet harmony stuff, the Blackwood Brothers and that thing.” Branan took a left turn as a teenager, playing guitar in a hard-rock band that did covers of Black Sabbath and others. “I didn’t write until I was in my 20s. I was just a shredder, a guitar slinger. I started singing, started writing my own songs when I was about 24, 25.”

The self-produced Adios features Branan on guitar, James “Hags” Haggerty on bass, and former Deer Tick member Robbie Crowell handling basically everything else. Alternative punker Dave Hause and Laura Jane Grace from Against Me! add background vocals, and Shires plays fiddle and sings. While Adios is a full-band production, Branan is primarily known as an acoustic act on the road.

“I was out earlier this year with a three-piece, and occasionally I get the luxury of being able to flesh things out with a five-piece,” he says. “But usually I just travel light and fast. I’ve been doing this a really long time now so I know what works.” Branan currently plays a Fender Telecaster and a Gibson SG in the band setting, and his main acoustic is a Bourgeois Vintage Dreadnaught that he says “can take a pummeling.”

The progression of Branan’s life can be measured by two things – his albums (Adios is his fifth in 15 years) and his becoming a family man. Marriage and fatherhood haven’t stifled his creativity or dulled his edge, but he says that he definitely looks at things differently than he did when he first got into the business. “The kids are instant perspective,” says Branan, now 42. “They make all the hassles of doing 120, 130 gigs a year on the road – well, they help make life a lot more clear-cut. I don’t worry as much as I once would have about the monitors, or the long drive, this or that, the little things. I do the gig, I love what I do, it puts food on the table – simple.” 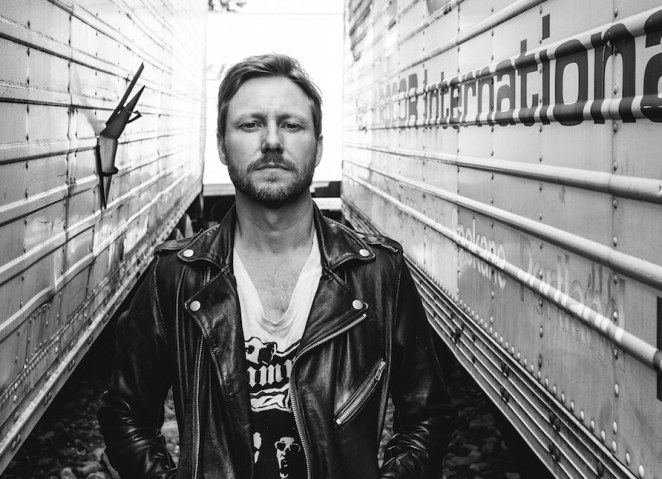 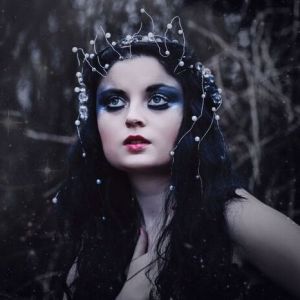 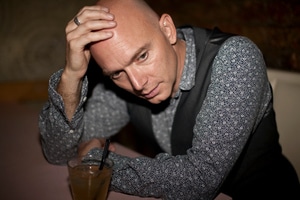