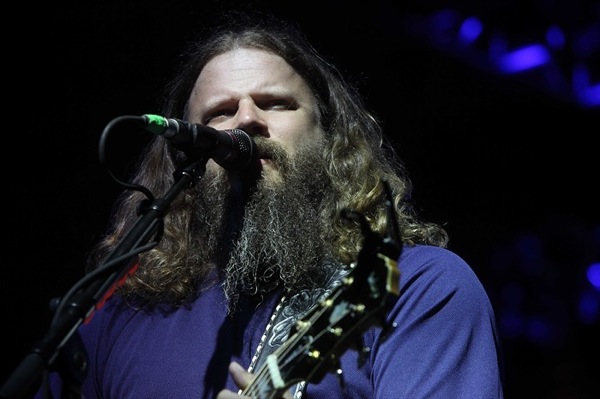 The Country Throwdown Tour is underway. The tour, which kicked off in mid-May with three Florida dates, will make stops in the Midwest, Southeast and Northeast before wrapping up on the West Coast in June. The twelve headlining artists, who include Montgomery Gentry, The Eli Young Band, Little Big Town, Ryan Bingham and Heidi Newfield, represent a compelling cross section of mainstream and rough-and-the-edges country music. In addition to the main stage, The Bluebird Café, the legendary Nashville songwriter’s venue, is hosting “in the round” sets by nine up-and-coming singer-songwriters. At night, the Bluebird’s roster will perform for the main stage audience on a special side stage during set changes.

In a recent “On The Road Report” video from Day 3 in Jacksonville, Florida, headliner Jack Ingram said, “All-day festivals [are] my favorite format for music as a performer and a fan.”  He’s looking forward to seeing Jedd Hughes, Jamey Johnson and Eric Church. “When I heard about the Country Throwdown Tour concept,” Jack continued, “I was into it from the start.”

Throughout the tour, American Songwriter has enlisted newly signed Capitol Records Nashville artist Walker Hayes, who is performing as part of the Bluebird series, to bring exclusive, behind-the-scenes coverage. Below, Hayes files his first report.

Holy cow. The Country Throwdown is the coolest opportunity and experience I’ve had since I moved to Nashville to chase my elusive dream of rock stardom. I’m sure the eight other singer-songwriters performing with me on the Bluebird stage would agree. So far, we have played Tampa, West Palm Beach, Jacksonville, Cleveland, Cincinnati, Chicago and Indianapolis. Each day and night has been different, exciting, challenging, as well as eye opening.

There are nine singer-songwriters, including me, on the Bluebird bus. They are Sarah Buxton, Jedd Hughes, Ashley Ray, Heather Morgan, Troy Olsen, Cory Branan, Dave Pahanish, and Brad Tursi. All this bus needs is a camera crew to turn it into a hit reality show; it is busting at the bunks with talent. Each day we perform one afternoon set on the Bluebird stage (about 45 minutes long) and one song each on the main stage while sets are being changed. Both sets are performed “in the round” with three writers on stage. After out first seven shows, our sets are beginning to magically mesh. Some fans have even started asking where they can get “our” CD, assuming we were a trio.

No two crowds are the same. In Tampa, a middle-aged man put on one of my “Let’s Get Naked” t-shirts and broke it down like Britney Spears in the middle of the crowd. I jokingly called security to the stage. In West Palm Beach, we played with the sound check bleeding over from the main stage. In Jacksonville, an old dude took a nap, front row center. In Cincinnati, a monsoon filled our tent with crazy-awesome mud-covered people ready to rock. One dude tried to climb the pole hanging from the center of the tent. In Cleveland, we actually played a “restaurant”-style venue. It was probably the first stage that truly re-created the Bluebird experience. In Chicago, a guy named Nick showed up out of nowhere in a pair of daisy dukes and combat boots. This guy put the dancer we met in Tampa to shame. I’ve never seen moves like Nick’s. (You can watch this spectacle here.) In Indianapolis, our stage was humongous and lively. Some nice lady bought the shirt off my back.

My favorite three minutes of each day is playing the main stage set changes. Each night we get to take a swing at a crowd that’s never below 6,000 people. What a rush. I wish everyone could feel what I feel when they roar.

Country Throwdown is a life changing experience. It’s changing the way I approach writing. I’m forced to test my songs to unique crowds every day and I’m learning what works and what doesn’t work faster than I ever have. It’s definitely changing the way I perform. Some of the crowds come drunk and easy while others make your work for it. Also, we have the privilege of watching acts such as Jamey Johnson, Eric Church, Jack Ingram, Little Big Town and Montgomery Gentry every night. What can’t I learn from those greats? They all have KILLER shows and sing hit after hit after hit. Speaking of hits, this tour has taught me “It all starts with a song.” When fans hear the first bar of a megahit they’ve heard and sung in their showers and cars a million times, they can’t contain their excitement. The songs are the meat and potatoes of the shows. Without hits you only have background music.

This Tour is the bomb. The music never stops. The jam sessions never stop. The co-writing never stops. No one on the Country Throwdown Tour is going to die with the music in them.

Walker Hayes describes his feelings on the first day of the Country Throwdown Tour:

Dave Pahanish Paints His Guitar from American Songwriter on Vimeo.

Dave Pahanish Paints His Guitar in an alley backstage at the Country Throwdown Tour.

Walker Hayes “Let’s Get Naked” from American Songwriter on Vimeo.

Walker Hayes performs his new single “Let’s Get Naked” in the Bluebird Cafe Tent on the Country Throwdown Tour. 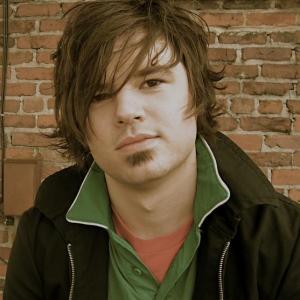 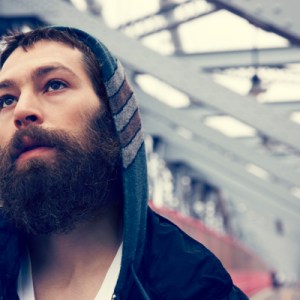