After 12 years in Nashville, Courtney Cole’s life began to shift. Parting ways with her manager and coming to an end with a publishing deal and a painful breakup, it was time for a change for the singer and songwriter in both mindset and locale, with a move to Los Angeles.

“I started working in country music, which is interesting because I never really thought that I would be in country music,” says Cole, who toured with Miranda Lambert, Old Dominion, Kane Brown, and Kenny Chesney during her Nashville run. “Growing up, I was listening to women like Martina McBride and Faith Hill, but I always wanted to be the next Celine Dion.”

Upon moving to Los Angeles in 2017, Cole began reflecting deeper into personal and familial issues coming to the surface—she released her 2020 debut Earthquake and a follow up of spoken word renditions on Earthquake (Behind the Songs) in 2021—and she continues reflecting on her new beginning in a new batch of songs, including “Light.”

“As you get older, you just start becoming more aware and need to heal from certain things,” shares Cole. “It was almost like I was plucked from where I was to move here to do that work. I started writing all my music around it, so this is really a beautiful little transition. It was really a healing process for me.”

Earthquake was the first step in writing from this newfound freedom, coping with loss, and shedding stifling conditions. “I was writing about learning to trust myself and those earth-shattering moments that rock your world in a new self-awareness type of way,” says Cole. “You begin realizing that everything you thought the world was isn’t that way when it comes to family, and when it comes to realizations about yourself.”

The EP was also recorded in a different frequency, which was another healing element for Cole. “All of our instruments are typically tuned to the standard 440 hertz (Hz), but the ancient Solfeggio frequencies that healers have used for hundreds and hundreds of years can heal ailments and are good for the mind, body, and soul,” says Cole, who shifted to working in the new energetic field of 528Hz, considered “The love frequency,” and even launched “The Love Freq” podcast.

“It’s really powerful for the expansion of the mind and connectivity,” adds Cole, “and 528 hertz has been a frequency that’s been a catalyst in my healing.”

Still inspired by this new era of life, Cole’s new single, “Light,” came to her in a burst while meditating after a workout on the beach.

“That song just dropped in me like a stream of consciousness,” says Cole. “It came out of nowhere as a poem, so I started writing it. I went back to my house, to my keyboard, and sang the first melody. I didn’t change anything that just came to me.”

Cole adds, “‘Light’ is a song about nature and the reflection that the world kind of offers back to you when you’re in a true state of self-awareness. You’re getting this emotional thing that music always brings to the table, but there’s also an energetic healing property to it.”

Planning to release a new song every other month, all will culminate in a new EP for Cole in 2022. Though physically removed from her previous life, Cole says Nashville taught her how to write a song, something she’s applying to all her new stories.

“I moved to Nashville, learned the basics, the structures, and that always sits in the back of my mind,” says Cole. “Now, with this new kind of awakening within myself, this new freedom that I found, I took the next step up on the staircase. I’ve learned the foundation of songwriting now, and I’m going to make it my own.” 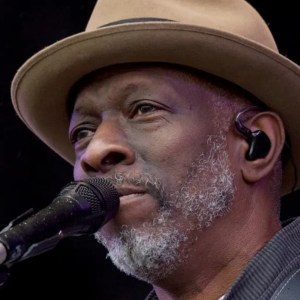