American folk-rock artist Elvis Perkins released his “fourth and a half” album Creation Myths in October, providing listeners with a look into the mind of a new artist through a time capsule. The album is composed of songs Perkins wrote in the early stages of his career, finally coming to fruition with the skills he gained from publishing his first albums.

In a press release, Perkins revealed that all of the songs on Creation Myths have been on his mind for decades, but his current skills as a musician have finally matched up with his visions. The emotion behind all of his songs remains the same, with a blissful sense of stretching for something just out of reach, and it is an honest return to Perkins’ beginnings. “It was a gift to have these unreleased songs from that period to return to, to get to breathe new life into them and by doing so to have that source energy and spirit breathed back into me,” he said. “I see myself in these songs more inviting of left-field chord changes and non-sequitur lyrical turns than I am today. Now that they have been entered into the official record, it feels a bit like the window to that time and space is more widely cracked, and with it a heightened sense of ‘anything-could/should-happen’ in future forms.”

In the album’s denouement, Perkins ties together the jamboree of youthful dreams in a mournful call to a lover. With its powerful instrumentals and a dizzying sense of lyrical openness, it comes as no surprise that “Anonymous” is Perkins’ choice for a stand-out song. “It’s a number I’ve always had high hopes for, but for its sheer sprawl, a proper rendering of it has been daunting and elusive,” he admitted. “All of its melodies and connecting figures in the instrumental section have traveled intact and in my head through the years, and it’s a real dream to at long last hear them so thoroughly fleshed out by strings and horns and the rest.”

Perkins approaches the emotions of this album with an open spirit, welcoming the listener into his mindspace. His songs impart a sense of shadow that is familiar but not overwhelming, encouraging the audience to sit and simply listen, fully engaging with the music. “I imagine anyone who makes anything that ends up being seen or heard arrives there by way of one blissfully-oblivious/blissfully tuned-in state of being or other,” he said. “This is perhaps the natural and essential state of a creator, and I think one’s success – artistically speaking – going forward depends in large part on keeping in good touch with that state.”

In considering the effect his music would have on listeners and the message he wished to convey, Perkins cut to the heart of his album’s theme. “I tend to refrain from hoping the audience might experience anything too specific as I know that however many ears the music reaches, there will be as many experiences and interpretations of it,” he said. “[It] does however bring to mind a suitable catch-all from Kurt Vonnegut regarding the reasonable hope and mission of artists – ‘to make people appreciate being alive at least a little bit.’ I get behind that.”

Creation Myths was released October 3rd, and it is available for purchase on Perkins’ official website in both CD and LP formats. 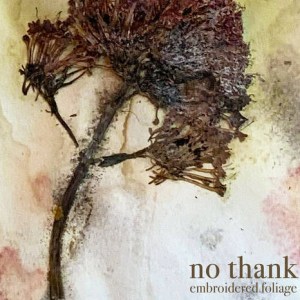 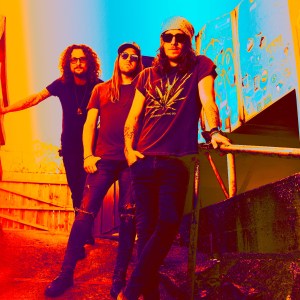