The innately hilarious, wildly eccentric, Road Warrior, D.B. Rouse’s latest single, “Mud,” is now available on American Songwriter. What started as an idea for a children’s song, quickly grew into a reflective genre-redefining track, in a strange turn of events and influence.

Rouse is based in Milwaukee but continuously on the move. Best described as a traveling troubadour, Rouse spends most days of the year touring around in a van with his wife, his guitar, affectionately named “Meal Ticket” and, most importantly, his kazoo. He is a poet, comedian, former cruise ship lounge singer, goat farmer, cabana man, and musician.

Of all the hats Rouse wears, “Uncle” is one of the most important. Rouse has nine nieces and nephews. Instead of buying nine different Christmas presents, each year, he records an album of kids music with each of them in mind. He then gives them all a CD with music they helped inspire.

“I was asking my sister for song topic ideas to write my Christmas kids album, and she said ‘Mud… my kids have been in the mud a lot this year. Write a song about mud,” Rouse shared. “So I had this song title on the back burner simmering for a kids album.”

One afternoon in Kaibab National Forest, where Rouse works seasonally as a “professional hobo musician,” the song started coming together.

“I was sitting in my van during a rainstorm, watching everything outside turn to mud while reading a book called, ‘The Lunatic’ by Anthony C. Winkler,” Rouse recalls. “In it, there’s a character who has, in a way, placed mud as a god-head.”

Rouse is an avid reader. At any given time, he is reading up to three books. Roue feels it is the best way to improve as a writer, and in cases such as this, draws unexpected influence. As he watched the sand culminate into a small mudslide outside of his mobile home, the words to “Mud” began to pour out.

“It wasn’t the kids’ song I was aiming to write. But I didn’t try to change it. I just ran with it,” explained Rouse. “Sometimes things don’t come out how you expected. And that’s totally okay. Either try and rework it or let it go as it naturally goes.”

After many years in the desert, Rouse has taken a turn from his previously whimsical sound that landed him sponsorship from a kazoo company. “Mud” is authentic. The lyrics lay out an honest visual perception of that day and experience living out there in the van, just south of the Grand Canyon.

“When I felt the lyrics coming, I put the book down, picked up my little Taylor GS Mini Acoustic and sat in the front seat of my van, and started picking,” said Rouse. “The lyrics, melody, and music all came at the same time. It didn’t feel like I was writing something new. It felt like I was remembering something that had been around forever.”

Listen to D.B. Rouse’s “Mud” below now and look for it everywhere else on February 21st. This track precedes the release of his four-song EP, ‘Nobody,’ due March 6th. 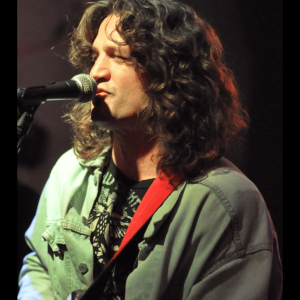 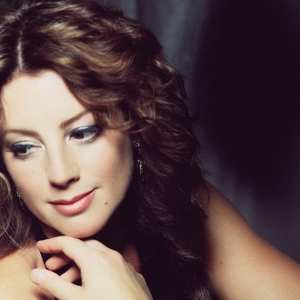