Drag queen extraordinaire, Laganja Estranja, says she’s married to her work. But the ever-savvy performer knows that the key to any healthy relationship is education and dialogue. If one gets complacent with a spouse, loses appetite and curiosity, then the relationship is likely to flatten and fail. That’s why Estranja, above all else, continues to learn. She explores new tastes and ideas and, as a result, is regularly in collaboration with other creative people. Estranja, who rose to popularity on the sixth season of the television show, RuPaul’s Drag Race, has continued to grow her career ever since. The most recent example of this is the release of her newest song (and titillating video), “Daddy,” which features intimacy borne only from clear communication and trust. And cake and honey.

“I feel a great sense of responsibility,” Estranja says. “Not only to my buds but also to myself. My job is my life and not a day goes by when I’m not trying to better myself, not only as an artist but as a person. If I can pass anything on to other people it’s that learning is the key to success. You have to fall on your face and make a fool of yourself to grow and receive greatness from the universe.”

But while Estranja is known for her big, swooping entrances and provocative songs, her newest track does not come up short in any way at all. It’s an achievement. It’s a bold expression of sexuality and lust, showing what it would be like to act on those feelings unabashedly (with cake and honey). Fans of the drag queen won’t be surprised by the subject matter, either. She’s released other songs in the same ballpark before (see: “Legs”). But there was a specific reason why Estranja decided to release her new single in 2020.

“’Daddy’ was written many years ago,” Estranja says. “I sat on the song because of the highly-sexual nature, because I didn’t have the money to produce the video and I had a trajectory plan and it wasn’t in the plan. But when ‘WAP’ dropped this year and went worldwide number-one, I knew that we were ready as a society to talk about sex more, be sex-positive and remove the shame and guilt around sex in our culture today.”

Estranja’s journey toward art and performance began early on. At six-years-old, she attended musical theater camps. Growing up in the Dallas-Fort Worth area in Texas, Estranja’s parents were supportive from the get-go. They were big fans of Broadway musicals and “divas” like Barbara Streisand and Tina Turner, Estranja says. But, as a teenager, two events really shaped the aspiring performer’s future. At fourteen-years-old, Estranja saw the musical, Cabaret, with her parents, who admitted they probably shouldn’t have taken their still-young kid to the show. And at fifteen-years-old, Estranja’s older sister introduced the burgeoning performer to hip-hop music.

“That’s when I would say I really discovered music for myself for the first time,” Estranja says. “My first rap album was Missy Elliott’s Under Construction.”

Hearing the honest, hard-lived stories in the music bolstered the already excited artist, who would later be known for her own raps. A year earlier, however, after seeing Cabaret, the musical had become essential to her life. Before that, Estranja had been more exposed to “candy-coated” shows. But Cabaret was different. It incorporated death and sex, darkness and revelry – all in song. The musical, which takes place in 1931 Berlin as the Nazi’s are rising to power, touched Estranja’s curious heart. Today, one of her dreams is to play the show’s lead emcee on Broadway.

As a participant in musical theater, Estranja began putting on makeup at a young age. She began to don her sister’s clothes at thirteen-years-old, exploring her feminine side. Today, Estranja, who identifies as non-binary, basks in the freedom that fluidity affords her. In doing so, she also has made quite a name for herself. A natural performer and a practiced professional, Estranja, prior to 2013 and RuPaul’s Drag Race, worked in Los Angeles at Mickey’s West Hollywood, a super-popular gay nightclub in the glitzy city. There, she gained the following that would help propel her to drag fame. After Drag Race, she says, music became a natural progression.

“Growing up in musical theater,” Estranja says, “you had to act, sing and dance. You had to be a triple-threat. So, I believe in doing it all. Creating my own music to perform to has always been a dream of mine even though I never thought it would be possible.”

That Estranja was able to manifest her dreams in a relatively short period of time is a testament to her hard work, laser focus and lasting interest. She’s come a long way since those summer cap days in Dallas. Practice makes perfect, after all. But practice can also teach you things. By working hard, Estranja says, she learned that music has the power to take her places she’d never thought she’d be able to go. That’s something worth remaining faithful to, of course.

“I think music can take you anywhere you want to be,” Estranja says. “That means physical locations or states of mind. For me, I feel like music – it allows me to be free. It allows me to forget wherever I am, forget what my troubles are and escape.” 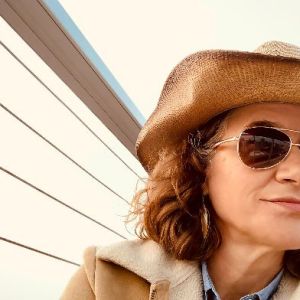 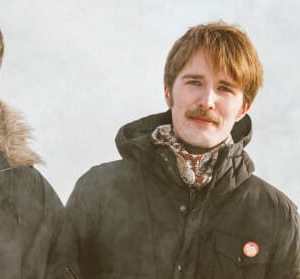