Marlon Williams was on tour a 2018 European tour when he first heard Kacy & Clayton. Shuffling through his Discover Weekly playlist on Spotify, the New Zealand native was struck by “Springtime of the Year,” from cousins Kacy Lee Anderson and Clayton Linthicum.

“It completely drew me in,” Williams admits. “I knew I had to find these people.”

Williams is not easily star-struck. He’s toured with Bruce Springsteen, Florence + The Machine, Brandi Carlile, and Lorde. After an appearance on the award-winning film, A Star Is Born, the alt-country singer-songwriter knows talent when he hears it. Kacy & Clayton’s previous two albums, produced by Jeff Tweedy of Wilco and nominated for both the Polaris Music Prize and multiple Juno Awards, absolutely captivated him.

The artist reached out to the pair with little expectation of a cross-hemispherical collaboration. A few months later, after swapping many messages and songs over email, Williams embarked on the 8,000-mile journey to join the Saskatchewan based duo. There, in the negative-something degree winter, Plastic Bouquet was born. The eleven-track collection, recorded between Saskatoon and Nashville, then mixed in Sweden, emanates friendship steeped in interlacing talent.

Anderson’s lush vocals harken back to halcyon days, evoking a temporary sense of serenity amidst an arduous year. When combined, she and Williams’ voices meld with an undeniable fate. Their harmonies carry throughout with enchanting reciprocity. Linthicum’s guitar grounds their lofty lyricism into a well plotted, country-western soundscape. Track-by-track, the album flips through a reel of vintage-vignettes featuring a cast of timelessly relatable characters.

“We’re just nerds that all think alike,” Anderson explains. “So there are lots of little classics on here. Also, there’s some spooky shit.”

Rather than a thematic through-line, the artists diplomatically divided their duties to conquer their collective goals. Each track was penned by either Anderson or Williams.

“It was like bad-mitten,” Anderson explains. “If you cover the front, I’ll get the back. We stayed in our lanes and had fun between the lines.”

The intertwining lyric lines of “I Wonder Why” introduced the collaborative collection as a single. The titular track two embodies their neo-traditional method, setting the pace with an oddly uptempo murder ballad.

Williams humbly refers to his contribution, “Light of Love,” as “the poor man’s Kacy & Clayton song.” Adding, “this one was me trying to get inside their world—you could call it Kacy & Clayton fan fiction.”

The Kiwi artist takes charge on “Arahura,” a tribute piece he brought along as a souvenir. Named for a river on the west coast of New Zealand, the song paints a sumptuous portrait of the landscape, a stark contrast to the plains of central Canada.

“I’m Unfamiliar” captures the kindred creative connection these artists found once they closed their distance. The song opens with a bubbling, toy-like organ, drawing attention away from the previous whines of the pedal steel. It places Williams, who left summer behind him, walking through a cold winter night. The paradox embodies the serendipitous force behind Plastic Bouquets.

Kacy & Clayton and Marlon Williams released Plastic Bouquets on December 11 via New West Records.  Listen through the reunion of these three long-lost souls below. For listeners in Australia/New Zealand, click here.

Check out our review of the album. 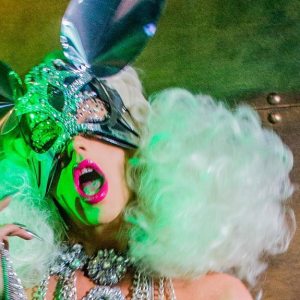 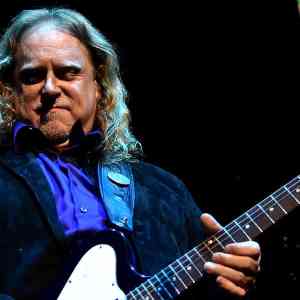