“For me, ‘Born On A Windy Day’ is about owning who I am completely—free spirit, a slight fear of settling down, the whole picture,” says California native, Anna Vaus about her latest track.“I want this song to be that for my fans too—a song that makes you feel free.”

The track, penned with Justin Ebach and Steven Dale Jones, captures the vulnerability of a conversation between friends. Vaus’s vocal levity emits confidence, refusing to apologize for the nature of who she is. Her self-harmonies echo her own proud sentiment, owning every part of herself with self-assurance. The country-tinged track reveals her West Coast roots as a windows-down pop anthem. Lyrically, she pays homage to the Santa Ana winds of her home state.

“We were talking about relationships and I mentioned that I do this super cool thing when I’m interested in someone where I’m like, ‘Hey! I really like you, but there is a chance that as soon as you say you like me I will absolutely sprint the other way so, proceed with caution,'” she recalls.  “And Steven was like, ‘sounds like you were born on a windy day’—and from there it was off to the races.”

The track follows March’s “Girl In A Bar”—produced by Luke Laird—to tease her forthcoming sophomore EP, due later this year. Her 2018 debut collection, The California Kid chronicles her childhood, and the lessons she brought east when she started college at Belmont University. One of those influences was her father—the Mayor of her hometown, Poway—who performed as guitar-strumming Buck Howdy and still wears his trademark cowboy hat. He also won the Grammy for best-spoken word album for children in 2010. When Vaus made her Opry debut, 15 years after her father, everything came full circle.

Her songwriting has evolved in the years between The California Kid and her most recent work, wielding her West coast influence to expand on the evolving country music coming from Nashville. She says she writes her best when she is listening, adding, ” I find that there are songs everywhere. In conversations with friends, pages of books, moments of peace and quiet in nature.”

Vaus routinely begins with a title—a concrete reference point of her main idea as she continues in the process. Next up is the chorus, before diving further into the individual verses. She’s a self-proclaimed sucker of an overdramatic, emotional bridge, and “Born On A Windy Day” is no exception.

“I love that songwriting feels like taking a polaroid of an emotion and sticking it into a scrapbook. My scrapbook of songs is very personal to me and it’s been a way of marking moments in my life,” says Vaus. “‘Born on a Windy Day’ is that moment where I finally figured out how to embrace my whole self.  I love that I can share my ‘scrapbook’ of songs with other people and it can become part of their story too.” 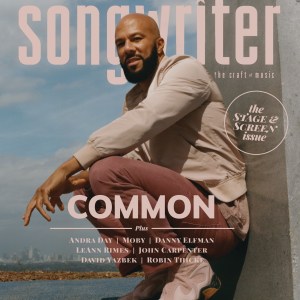 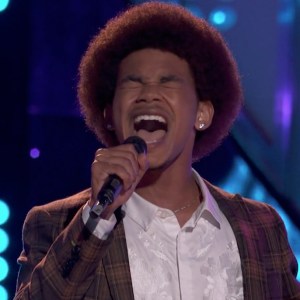