“It’s a new dawn. It’s a new day.” Cam Anthony was feeling confident taking on one of the biggest voices in music on the latest episode of The Voice. Kicking off The Knockouts, Part 2, Team Blake paired off Anthony against Christian Conor, who took on the more pop-rock “Young Blood” by 5 Seconds of Summer. Finding just right timbre around Nina Simone’s “Feeling Good,” it was the 19-year-old Philly native Anthony who wowed judge Blake Shelton and Mega Mentor Snoop Dogg from the moment he hit the right notes during rehearsals through his powerful performances.

“One thing about soul,” said Dogg on Anthony’s take on Simone, “you don’t hear it, you feel it.”

Getting a standing ovation from three judges, Anthony ultimately won over the judges and the round. “It was flawless and creative and kind of bizarre,” says Nick Jonas. “It’s kind of like you tapped into something otherworldly.” John Legend, who recently sang the the song at the 2021 inauguration, admitted that there were things vocally, that he heard in Anthony’s performance that made him jealous.

“Cam is just a star,” said Shelton. “I want to keep pushing him as a singer and performer because I don’t think we’ve scratched the surface yet.”

Keeping to the classics, earlier in the evening Legend worked with his two Detroit artists Zania Alaké and 16-year-old Rio Doyle. “Detroit has been known for having some of the best vocalists of all time,” said Dogg. “Hopefully the apple didn’t fall far from the tree.”

Doyle gave a spunky performance of Julia Michaels’ “Issues,” one the judges agreed was the best rendition of the song they’ve heard to date, while Alaké, 34 reflected a personal relationship singing through a soulful Gladys Knight & The Pips’ “If I Were Your Woman.” During rehearsals, Dogg asked “would Gladys end it like that?” and suggested Alaké end bigger, which she did in a soaring end of Never never never stop loving you.

“You just sang the word I shouldn’t say on this show out of that song,” said Kelly Clarkson, who was standing with Legend during Alaké’s performance. “Now I have to cover that song.”   Calling Alaké a force to be reckoned with, Legend joked, “Who knew vocal coaching from Snoop Dogg was s secret,” before picking the 34-year-old singer.

Throughout The Knockouts, Team Nick’s youngest contestants Zae Romeo and Rachel Mac faced off, giving the judge one of the more difficult choices. Leaning more on Mac’s side, and comparing her to Demi Lovato, “Rachel is the one to watch,” said Jonas about the 16-year-old Michigan native who took on Jewel’s “Foolish Games,” relating the lyrics to experience of her mother leaving when she was young. “She can handle the song and make you believe she’s the woman who wrote the song,” said Snoop Dogg, who suggested Mac make the ending bigger. “He might have saved me,” said the singer.

Børns’s “Electric Love,” a song Clarkson admitted she had never heard, took Zae Romeo of Texas to another level. Thinking of his grandparents’ love affair, and the recent loss of his grandfather, who asked his wife for a kiss as his last words, Romeo impassioned performance left Clarkson visibly moved, along with Jonas who both gave Romeo a standing ovation. “I have been moved,” she said. “I have been moved as well,” concurred Legend.

In the end, Jonas went with Mac, and Clarkson kept Romeo in the game with a steal. “I picked Rachel because she’s kind of a dark horse,” said Jonas, “the one-chair turn.”

Clarkson brought out her country boys to Dogg, who mentored North Carolina native Avery Roberson, who took on the downtempo “Tomorrow’ by Chris Young. “Country music talks to people,” said Dogg. “I feel the connection.” The pair also worked with Kenzie Wheeler, 22, of Dover, FL and his fired up version of Luke Bryant’s “Beer Never Broke My Heart.”

“They’re gonna be a lot of women screaming for you in the front row,” joked Dogg to Wheeler during the rehearsals. “You dang right,” replied Wheeler, who Clarkson eventually picked for the Playoffs.

Kelly’s team brought out the emotions with 17-year-old Gihanna Zoë take on P!nk’s “Glitter in the Air” and Milwaukee native Anna Grace talked about overcoming life-threatening illness and her connection to her mother on “If I Die Young” by Band Perry. “You’re singing but I want to feel what you’re saying,” said Dogg, who was almost tearing up. “You’re on stage, let it go.”

“You’re both very powerful in different ways,” says Clarkson. Choosing the singer she believed will navigate the competition better, Clarkson landed on Zoë, before Shelton saved Anna Grace with a steal.

The evening closed on a Four-Way knockout performance, which is the first open to viewer voting, kicked off with Team Nick’s Devan Blake Jones slicing through Harry Styles’ hit “Sign of the Times.” Clarkson’s Savanna Woods rocked out on Soundgarden’s “Black Hole Sun,” while Emma Caroline of Team Shelton moved into Brooks & Dunn’s “Neon Moon,” and Team Legend’s Carolina Rial gave her own emotion to “Anyone” by Demi Lovato. 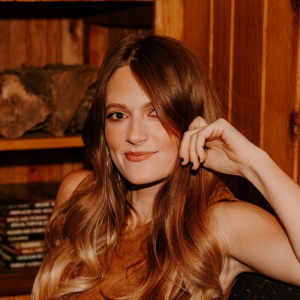 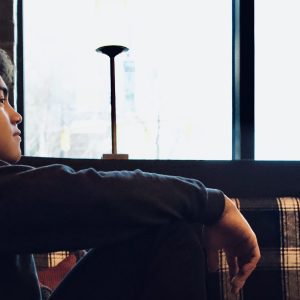