“Three Fridays ago, my co-writers, Joe Fox, Zack Dyer, and I were finishing up a love song,” the Arizona-born, Nashville-based country artist, Austin Burke, began. “Halfway through the write, Joe says he wants to write a song called ‘Wet Dream’ about fishing. I rolled my eyes because I really liked the song we were working on, but we started having fun with the idea, joking around. Before we knew it, the song was written in about 30 minutes.”

At the end of July, Burke didn’t think much of this silly little tune when he, Fox, and Dyer first finished it. It was fun, sure, and pretty catchy too, but it didn’t feel like anything unimaginably crazy. “We made a quick demo of the song and called it a day,” he said. “It was time for the weekend and time to get ready for the Garth Brooks concert the next day. Little did I know, it was just the beginning.”

It’s true—after they made the demo of “Wet Dream,” Burke thought he’d post it to social media just to see what kind of reaction it’d get (a growing trend for a lot of artists)… within days, he was shocked by the response.

“It accumulated 21 million views in one week,” he said. “After the first day, my manager called me and said ‘We may need to consider putting the song out.’ I called my producer, Brandon Day, and within a week, the song was fully produced and mastered. I have never seen something come together so quickly, and I’m so proud of my team for realizing the lightning in a bottle we had with this song.”

While the joke might be a little crude, perhaps it’s the carefree fun of the single that’s made it such a hit. “Obviously, the song is about fishing… or is it?” Burke said. “I think I have realized through writing this song that people just want to have fun. We’re tired of all the sad songs, and we’re tired of being sad. The last couple of years have been so hard on everyone, myself included. I experienced depression and even considered moving back to Arizona. Luckily, I have a great team that kept me on track and an amazing wife who can handle every version of me.”

Taking the time to simply celebrate the joy of the breadth of life—from his loved ones to a catchy joke song—Burke feels like this single has marked the beginning of a whole new era. “If there is anything I want people to know from this song, it’s that you never know when you might have a song that changes your life,” he said. “Regardless of how this song performs statistically, the love I have received from my new fans and the fuel it’s given me to keep going is life-changing in itself.”

Austin Burke’s new single “Wet Dream” is out now—listen to it below: 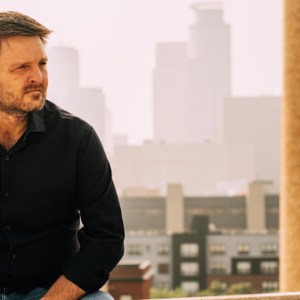 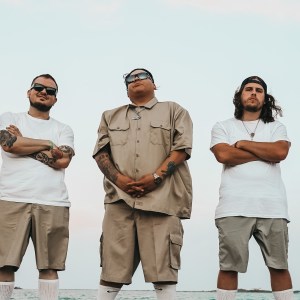