Historically, it’s always been a bit of a guessing game for artists to determine which of their songs will become hits. Sometimes, an artist thinks for sure that their new tune will be a smash, but then it winds up being a flop… other times, an artist will reluctantly put something out only to find that it was the breakthrough they’ve been looking for all along.

While this is still kinda true, one major thing has changed just in the past few years: now, artists can preview tunes to their audience ahead of time through social media. It happened first with Boyboy West Coast’s “U Was At The Club,” it happened again with Morgan Wallen’s “7 Summers” and it’s become a go-to move for artists of all kinds.

So, when Lisa Heller got inspired by a fan and started working on a new idea this past February, she decided to take the chance and share a draft of a verse on TikTok—almost immediately, she was amazed by the response. In the end, the tune blossomed into her new single, “is anyone listening?” which dropped on July 15.

“This is a song that grew out of a verse I posted on TikTok in response to a fan asking for a song speaking to issues of self harm and coping with difficult emotional places,” Heller explained. “I was really surprised to see the responses and didn’t realize the number of people dealing with this challenging issue. The final song now focuses more universally on coping with mental health issues. It was clear the verse really resonated and it felt important to respond to listeners by finishing the song.”

Finding an audience who deeply connected with her expression, after sharing that preview on TikTok, Heller was able to complete “is anyone listening?” with newfound rigor and confidence. While the final version of the single takes on a more broad approach than the original snippet, the ultimate theme of “is anyone listening?” still hits home with hard-earned earnestness and meaning.

“It definitely has a mental health focus, similar to many of my songs,” Heller explained. “My co-writer Meghan Williams and I used the metaphor of falling in the forest and no one hearing it to get across the idea of needing help but individual cries for help falling on deaf ears and continuing to struggle alone. I think a lot of adolescents and young adults struggle alone wishing someone were there to talk to or hear them and I wanted to get that across in the song.”

Candidly speaking about her struggles with mental health, Heller revealed that getting to pour her experience into songs is a tremendous source of strength. And now, releasing a song like “is anyone listening?” Heller gets to share this expression and moment of growth with thousands of like-minded souls, which only serves to augment the healing nature of song craft.

“Songwriting is a form of therapy for me. I feel like I can cope with and learn more about myself as I write songs. I’ve been able to deal with my anxiety and other mental health stuff through songwriting. It feels as though I can share my personal journal in an artistic way. Plus, I love how others can connect through music and relate their personal experiences to the songs I write.”

Lisa Heller’s new single “is anyone listening?” and EP by the same name are both out now—check out the full EP below: 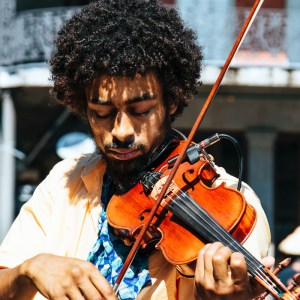 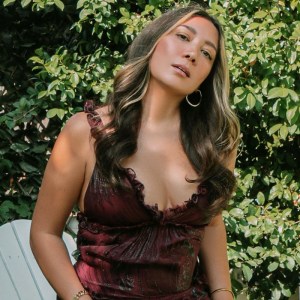