There’s no way to hide from this. I’ve talked about it before and I’ll talk about it again. These days, non-performing songwriters have their work cut out for them if they’re going to survive as professionals. Having said that, I insist that there are real survivors, pros that year after year get enough cuts to keep their families fed and enough hits to live comfortably. It can be done, because today big hits mean big money. But…

I don’t know how to underline the importance of what I am about to say in such a way that you won’t go crazy when you get your first big hit. I’ll try.

That first hit is a life-line—it’s not a one-way ticket to the good life. A few hundred-thousand dollars is not that much money these days. Use it to pay your debts and sock the rest away, ‘cause you’re gonna need it!

It’s hard for non-performing songwriters, and one reason is the horrible fact that A & R people who don’t necessarily understand the country music industry that employs them have made it the norm that singers be songwriters. That mindset has created an opening for music publishers, who have successfully appointed themselves the artist development arms of the record labels. This is as it should be, because at least good publishers know a songwriter when they hear one, and, consequently, one of their aims in artist development is to school singer/songwriters, or at least require a modicum of songwriting talent before they pitch one of their singer/songwriters to a label (do I hear laughter in the background?).

If you are a singer/songwriter in search of a deal, there is absolutely no doubt in my mind that your best portal to a record deal is through a publisher. Publishers love to sign songwriters who can sing. If you are one of those, and they give you a publishing deal, they will not only pay you a draw—if they are doing their job, they will put you and your best songs in a studio with good musicians, produce a good session, and pitch you to the labels.

This, of course, does not guarantee you a record deal. Always and forever, most would-be artists get turned down, but rejection is the music industry’s only constant. That’s good for most of us, because talent cannot be taught, but toughness can, and I truly believe that, in this business, toughness trumps talent.

OK, I’ve made my first point, that the industry as we know it today is set up for singer/songwriters. But, you say, I am not a singer/songwriter, I am a songwriter. Should I just rip up my legal pad, smash my D-18 to toothpicks and become a starving poet? Certainly not. I have already averred that I know non-performing songwriters who do well year after year.

They do so because they know that writing songs is just half of what songwriters must do—or maybe less than half—and this is nothing new. When I first came to Nashville (in the Precambrian Era), many of the top songwriters knew all the artists, producers and label heads, and spent as much time pitching songs as they did writing them. I remember one songwriter who went on a bus trip with Charley Pride and did not pitch Charley a song through the entire tour. Charley was no fool; he knew that songwriter was not riding his bus just to see the U.S.A. On the last leg of the trip, on the way home to Nashville, Charley was fairly itching with curiosity and demanded that the songwriter open his satchel of tapes and start playing.

The songwriter got his Charley Pride cut.

It’s that kind of attention to detail that makes non-performing songwriters successful. It was true in 1970. It’s true today. Successful songwriters cultivate successful singers to write with. They cultivate songwriter/producers to write with. They cultivate productive three-way writing opportunities. They write songs their best songpluggers will pitch till they get the song cut. They can brave a year of rejections, cuts that did not make it onto the album, promised singles that don’t happen for the worst of reasons. They save their money for years like that. They have a powerful conviction that their talent, their sense and their toughness will pay off in the long run.

They climb the mountain the first time, take their successes in stride, and when they tumble down the mountain, they just consider the tumble part of their profession and don’t even waste time mourning their slump. They continue to write, make new connections, and move forward toward a new round of success.

Oh, and if enough time passes and they still don’t make it back, they find another purpose to their life and don’t waste a moment in regret. You can be all this and more, when you finally, truly believe that toughness trumps talent.

Photo by William Recinos on Unsplash 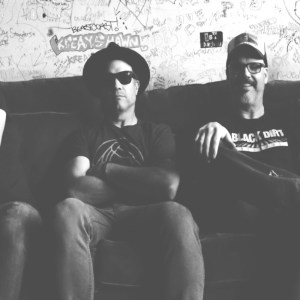 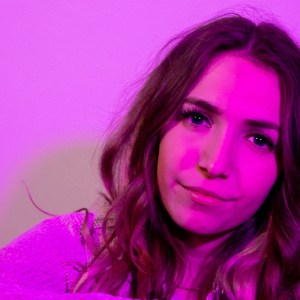