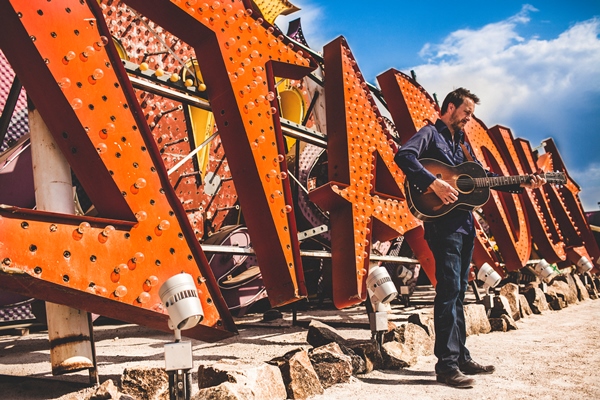 AMBITIONS: Record a solid ,full album of my tunes about Las Vegas, shoot a documentary about the dream of making music, the dreams of the characters of the songs from the album and the dreams of real people to follow their hearts to do something bigger that makes the world a better place. Then I want to play these for people everywhere who will listen. I would love for someone I admire to record a song I have written. Arrange life to somehow get bills paid one way or another so I can concentrate on music. Last but not least, be on the same bill as one of my heroes, at least once!

DREAM GIG: Austin City Limits. If I played ACL that would mean, someone cool, somewhere, thinks my tunes are good. It wouldn’t matter if anyone else ever heard of me again after ACL because it would be to late. I would have already stood on a stage, that is part of an institution, that has had Guy Clark, Townes Van Zandt, Robert Earl Keen, Jack White, Wilco, Chuck Prophet, Lyle Lovett, Buddy and Julie, John Prine, Alabama Shakes, Band of Horses….If I made it to ACL that would also mean I have already toured the US and Europe and did Music City Roots a couple of times. So yes Austin City Limits is the answer.

FAVORITE LYRIC: “Aint no dark till something shines.” I first heard Rex’s Blues on a Guy Clark’s album before I had realized it was a Townes song.

CRAZIEST PERSON I KNOW:  I spent a lot of years as a sign guy in Las Vegas and there are a lot of twisted dudes in that line of work. Could be the heights, could be the voltage, could be the drinking.

SONG I WISH I WROTE: I couldn’t decide between “Boats to Build” and “I Drink”. I think they are both perfection. Guy Clark can say so much with so little. Just the simplicity and flow to this song is what I love. Mary Gauthier’s “I Drink” knocked me out the first time I ever heard it. The story behind it and the time it took her to finish it is a reminder of the power of truth, patience and always listening to what is going on around you. You never know when you’ll get a gem of a line.

5 PEOPLE I’D MOST LIKE TO HAVE DINNER WITH: Guy Clark, Peyton Manning, Ray Wylie Hubbard, Julie Miller and Lyle Lovett. Did I already say Guy Clark? Because I would really like to have dinner with Guy Clark. Or even better, how about dinner at Lyle’s house and he surprises me, with Guy hiding in the coat closet, when I go to hang up the cool thrift store jacket i found earlier that day in a panic to look cool, yet not let on that I just bought the coat for this special occasion. Then there are the smells of Julie cooking her famous homemade chili and humming the prettiest song under her breath as she lifts the heavy iron lid and gives it a taste, but Ray Wylie is just yelling in a low growl, “where’s the tabasco? I don’t eat chili without tabasco. I once had snake chili so mean I had to bite it twice. Once to kill it and another to eat it. Now that’s how we make chili in Texas.” and all the while Peyton is just laughing at the whole damn thing, watching the game, hockey that is. We all know this isn’t during football season. Me, I’m happy as blueberry pie, because these are my favorites and so is blueberry.

MY FAVORITE CONCERT EXPERIENCE: Jerry Jeff Walker 1994. My wife and I had just started dating at the time and we jumped in a car with my Dad and step mom. We drove 9 hours from Florida to Ashville NC with very little to eat. It was at a small downtown joint with all of the charm you’d imagine in the Carolina’s and you know how beer sits on an empty stomach. JJW came out and I was just in awe of him. He’s a big guy and had a way on stage that allowed you to see a private side of him yet he was still able to keep you out of what he doesn’t want you in. In listening to Jerry Jeff, you get the feeling like you know him, but you aren’t his best friend just because you know all of his songs. That impressed me. John Inmon was also so freaking unbelievable on guitar that night. That is the only time I have seen JJW and I’ve always been afraid, if I saw him live again, it wouldn’t be as magical. I think I will keep it a once in a lifetime thing.

I WROTE THIS SONG: I sell real estate in Las Vegas. A city like this can bring in the good and the bad. I ended up with an ex-con in my car who was trying to run some kind of scam on a luxury home. I was enamored by how well he was able to lie to me. I then imagined him in his hotel room coming up with the scams he was doing. I thought i’d write a song about him. Well it has turned into 7 songs of different people in the same fictitious motel.

Find My Way came about because I wanted a prostitute character there. I remembered that Oregon had a campaign of pictures of the effects of meth users from mug shots. I came across a young girl in her mid 20’s. She was very attractive but had went down hill so fast. There was a painful look in her eye that really moved me. I printed her picture out and used it as the inspiration. I tried to tell what her story could have been and paint a picture of someone with real hurt inside. I sing this song in first person as a woman. I thought if John Prine can do it with “Angel From Montgomery” I’d give it a shot. It took a lot rewriting to get to the version here now.

Find My Way made it on to a CD compilation in September called “Songs Against Domestic Abuse’ (noharmdone.net) We used the sales of the CD’s and a live show to raise money for a a great non profit called Safe Nest. Safe Nest helps aid families who are escaping domestic abuse. A nice bonus to this project, was a 1st place $25,000 music video and 2nd place $10,000 music video for the top artists. I was very lucky and walked away with the $25,000 music video. The other extremely exciting news is I will be re-recording Find My Way with famed producer Gurf Morlix in December to be used in the video production. It would be great to raise awareness and start discussions about abuse. Whether it’s physical or sexual, there are people out there, putting on a brave face but hurting like hell. They need to know there is help out there and a way out. 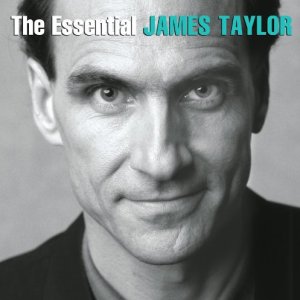 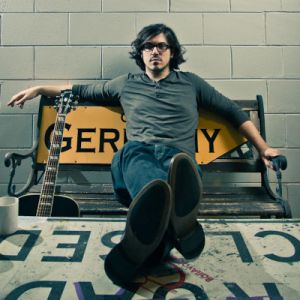