Well folks, they finally did it—they figured out a way to combine indie-folk and yacht rock… and the results are pretty spectacular.

More specifically, “they” is referring to the Massachusetts-based Americana band, Love Crumbs, and “the results” refers to their new single, “Ellipses,” which sees the band explore a dazzling new sound with all of the smooth, serene arrangements of yacht rock and all the soulful introspection of indie-folk.

Yet, the creation of “yacht folk” wasn’t exactly intentional—the band’s lead songwriter, Michael Dubuque, explained that the arrangement of “Ellipses” was actually born out of a goal to best convey the song’s story. “I’m always trying to communicate something honest with the writing—whether it’s a story, a feeling or a stream of consciousness,” he told American Songwriter. “I want to do so in a way that keeps a listener engaged with the song and ideally moves them in some way. So, Love Crumbs is primarily about getting the vocals of Ali McTavish front and center in the track.”

Right in line with that, Ali McTavish’s vocals shine bright on “Ellipses,” carrying the track with an emotive quality that feels like a modern interpretation of Stevie Nicks’ famous rasp. And with her in the spotlight, the aforementioned “yacht folk” arrangement steps into a vital supporting role. Between the dreamy, washed-out chords, the gentle vibrato of the fuzzy electric piano and the chorused, palm-muted guitar countermelodies, the instrumentation comes together with McTavish’s parts to seamlessly convey what was on Dubuque’s mind when he wrote it.

“I had a relationship that ended kind of suddenly and I kind of didn’t know why,” he explained. “The person was typing to me—I could see it on my screen as ‘…’ (hence the song title ‘Ellipses’), but I never got to hear their response or why they left. So, the track is about trying to connect with someone and not being able to despite the best of intentions. Or, about setting out with the best of intentions with a relationship and realizing that, for one reason or another, it wasn’t going to come to bear.”

For as emotionally blindsiding as getting ghosted like that can be, Dubuque was able to find a sense of healing from songwriting itself. “I believe that closure isn’t something that someone gives us—it’s something that we have to come to on our own,” he said. “So, this song is an attempt at doing that. It’s meant to feel beautiful and dream-like, melodically, while tackling a bit more of a lugubrious vibe about loss, lyrically. I think that ‘pain shared is pain lessened’ and I’m hopeful that someone can hear the song and get something out of it—whether it’s identification, a feeling or just enjoying the sound.”

In a lot of ways, the musical expression and poetic analysis laid out in “Ellipses” offer a profound look at love in the modern world. While cell phone references in songs still come across as novelties in a lot of cases, with this single, its theme and its “yacht folk” sound, Love Crumbs is proving that the way we interact with our world and each other has fundamentally changed, and art is following it.

Love Crumbs’ new single “Ellipses” is out now—watch the music video for it below: 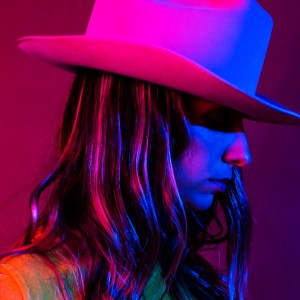 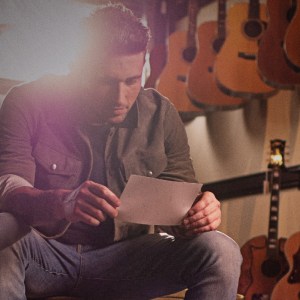