In the latest episode of Apple Music Essentials, Darius Rucker lays out a timeline of his distinguished career including all of the key transition periods in his life. Prompted by host Kelleigh Bannen, Rucker reminisces on stories about Hootie & the Blowfish before recounting his early experiences in country music and industry culture.

“People always ask me if I miss when we were the biggest band in the world and I always say, ‘No,’” Rucker began. “I miss when it was us against the world. When we were playing those clubs and it was just five of us showing up and doing what we do. I miss those days. And we were actually making a pretty good living just doing what we were doing. And, so we weren’t even really fretting about a record deal and anything. But it was just us against the world. I mean, it sounds so cliché but that really was. All we knew was we had to be to the next town the next night.”

But as we know now, Hootie & the Blowfish were set on an upward trajectory. Rucker points to the band’s first appearance on The Late Show with David Letterman in 1994 as their breakthrough moment. “We played ‘Hold My Hand’ the first time on Letterman. And our lives changed overnight. And that’s not [an] exaggeration. Overnight. Nobody was trying to add us. Some stations in the south were playing us because we were playing their towns in the clubs, but nobody was trying to play our record. And we went on David Letterman on Friday and on Monday everybody added it. I mean, it was crazy,” Rucker said.

Rucker and Bannen then shifted to talk about Rucker’s solo country career. The artist officially entered the genre in 2008 when he signed with Capitol Records Nashville. Quickly after signing, Rucker went on a radio tour to put in the work to make it as a country artist. “[I]nstead of just sending somebody a record, I took it to them,” Rucker explained. “It was doing what I would want to do because I didn’t want to come in here telling everybody, ‘I’m Hootie. I’ve sold all these records. You’ve got to play my record.’ I wanted to come in and be on the bottom of the rung and work my way up.”

Jumping into country music was not without its difficulties, however. Rucker describes the moments when radio broadcasters were wary of a Black country singer. “You’ve heard the stereotype. You know, there’s no black folks in country music on the radios. There’s not going to be anybody on the radio. When I would visit the radio the first time, there was three guys who are now great friends of mine, champions, and I don’t think they were trying to be mean,” Rucker said.

Clearly, Rucker knew what he was doing and tore down a part of the old stereotype. Later, Rucker describes that his successes led him to be inducted into the Grand Ole Opry— one of the places he had been playing since becoming a country artist. “That day, when Brad Paisley asked me if I wanted to be a member [of the Grand Ole Opry], is just still one of the great days of my career,” Rucker stated.

Listen to the rest of the episode to hear what else Rucker has to say about country music and some of his famous hits like “Wagon Wheel.” 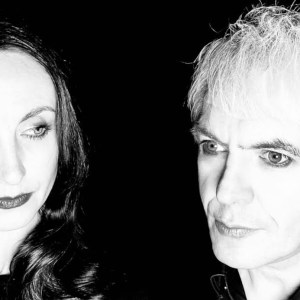 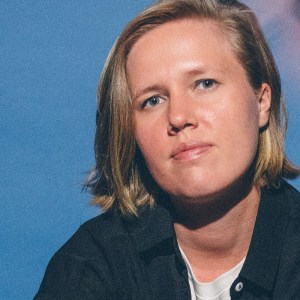