There have been numerous days, too many to count, when David Archuleta woke up a prisoner of his own thoughts. Getting out of bed, leaving his house, and even making music became too daunting.

“If I didn’t have my family encouraging me and telling me I really could do something with music, I would have given up so many times,” he tells American Songwriter over a phone call earlier this month.

“I don’t know why it’s in my nature to give up so quickly, but it just is,” he reveals. During his tenure on American Idol’s seventh season, finishing second to David Cook, he struggled to barely stay above water. “I wanted to quit every week. I didn’t want to be there. I felt I wasn’t good enough. I legit don’t think I’m good at what I do. I’m so glad people gave me the validation. I needed it.”

“All I could hear was negative thoughts,” he says, going on to list some of the most prevalent rattling in his brain. Those include: “David, you suck. You’re never going to amount to anything. You don’t know how to talk. Your voice is so annoying. Oh, you already peaked. You’re never going to reach any kind of success.”

It’s a deep-seated wrestling match, and he hopes this new era gives him freedom ─ and inspires others.

Archuleta, who hasn’t released an album of all-original material in three years, comes clean about a lot of things. His new song “OK, All Right” is an appetizer, a bubbly pop track backdropping some of his most honest songwriting to-date. Through jaunty, sun-soaked shimmers, he documents the struggle with mental health and anxiety and also pokes fun at himself. “When I lose my mind, I go places nobody can find,” he sings. “When I lose my way, I just look myself in the mirror and say, ‘It’s fine. I’m fine. OK, all right.’”

The pep talk soothes his pain, more than anything, and it’s the first time he has been this honest. “[With this album], I open up a lot about what is going on in my head. It delves into the thought processes a little more deeply,” he explains. “It’s really hard for me to stay motivated. It always has been.”

“Sometimes I wake up in / The wrong side of my head / The little voices creep back in / But it’s cool,” he whispers what feels like a long-buried secret. He tugs on his psychological strings and invites his fans to understand what it’s like to feel so trapped. “It’s so easy to get stressed out about things. I tend to be a super worrier. I get a million thoughts going in my head,” he says. “I feel I get to make fun of myself a little bit, and that helps ease the pressure a bit.”

The song’s first lyrics are vulnerable but come with remarkable strength ─ a true slice of what it’s like to wake up on any given day. “Sometimes, the sun is shining and there are some wonderful things in store, and before I even open my eyes, the negative thinking starts happening,” he says. “I get to feeling that I just want to change my number and live on the other side of the world so I can just sulk. I don’t want to figure out anything in my life, and I don’t even want to try.”

With his 2017 album, Postcards in the Sky, Archuleta extended a warm hand to others and urged them to seek help from abuse or mental health. But now, it was time to take care of himself. “This album falls to me ─ and now it’s my turn to do it myself,” he vows. “It’s saying, ‘This is what I’m frustrated about. This is what I’ve been going through. This is my experience with therapy and what I’ve learned.’”

“It’s been refreshing. I don’t have to hold myself up on this pedestal. I can show people I get frustrated, and I have my confusions and feelings of being lost and not knowing where the heck I am, mentally. I needed some guidance. My emotions don’t always work the way I want them to, and that’s part of life.”

All those feelings come in frequent, harsh, and sometimes unavoidable waves. He continues, “It was also, ‘When am I going to get another girlfriend or get married? I’m never going to find love.’ You just feel pretty lousy.”

His celebrity status comes with a hefty emotional price tag, too. “A lot of strangers are keeping track of what you’re doing. Not only do you want to look good in front of them, but you want to be a good example and role model. You can’t always maintain that. Life isn’t made up of truly best-foot-forwards or smiles.”

“This has been really therapeutic,” he says, with a heavy sigh. “I think people, in general, have felt more freedom to talk about it, like Julia Michaels and Billie Eilish. They write about their own problems and emotions in a pretty straightforward way. It’s a movement that people wanted. They wanted to connect to something more real. Everything is on Instagram. You see more of people’s lives minute-by-minute, so it’s more of an opportunity to show, ‘Hey this isn’t just my vacation in Hawaii or a sold-out show here.’”

The music video for “OK, All Right,” co-directed by Glee’s Kevin McHale and Justin Thorne, marries the lyrical potency with Archuleta’s endearing personality. “It didn’t feel like it was a video shoot. I got to be a little goofy and show you just wake up and be in a bad attitude,” he says. “You look at yourself and say, ‘I should be at my best, but I’m not. I know I could be and have more potential in me.’ But there is just no motivation to reach out.”

After waking up, his bedroom a somber grey, Archuleta moves about his day, but everything seems to go wrong. “You try to make the best of it, and then things keep going wrong. It starts raining. The umbrella blows your umbrella away. Even in the end, I still survived the day and was able to have a smile regardless of everything that happened.”

Despite the pressure, inside and out, Archuleta is feeling like himself. The storm within may never totally subside, but he’s taking control like never before. The future shines bright. 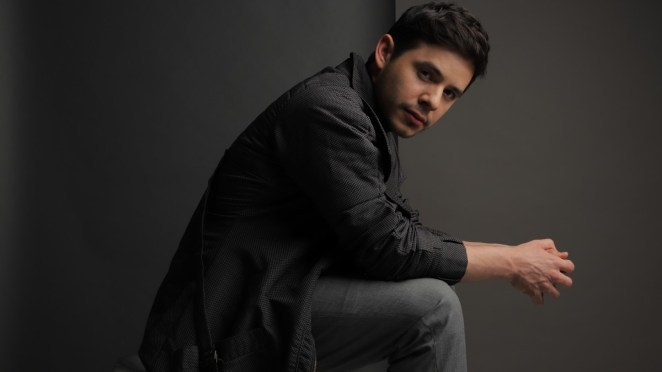 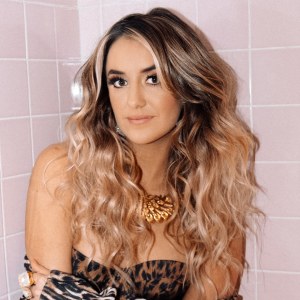 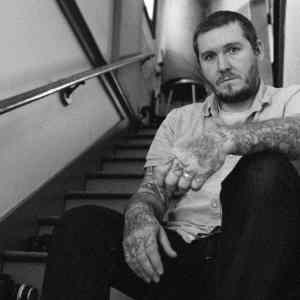