During these uncertain, some days seemingly apocalyptic times, people are at a loss for where to turn. Like the government looks to the CDC, and the religious pray to God, disciples of country music seek their own savior. With tours canceled indefinitely and the doors on Broadway closed, folks like Lainey Wilson find themselves thinking: “What would Dolly do?”

From a town of three hundred people with zero stop lights, plenty of cornfields, and miles of dirt road, emerges breakout artist, Lainey Wilson. Arriving in Nashville nine years ago from Louisiana, Wilson parked her bumper-pulled camper trailer and made herself right at home. This lifestyle ripped the glitz and glamour from any romanticized version of Nashville she still held, but it only propelled her on the forward path.

“I wouldn’t trade that for anything,” Wilson shared of her first few years. “It taught me I had to roll my sleeves up and do what I had to do if I wanted it bad enough.”

Rising quickly through the ranks on her songwriting merit, she debuted as a BBR artist with her late 2019 EP, ‘Redneck Hollywood.’ This release included her first radio single, “Dirty Looks.” The track reveals rural roots. She proves wise beyond her years with a sultry twang and wit-filled double entendres.

Anxious to share new music, Wilson announced she will be releasing a waterfall of singles beginning today with “WWDD” and continuing on the last Friday of each month through June. On an announcement Instagram post for this first single, Wilson lent a hand to anyone stumped on the phonics for her new title: “Dubya Dubya Double D (sound it out people).”

“I don’t know anyone who is not a Dolly fan,” Wilson laughed, “but I love everything about her. From her personality to her sense of humor, her style, songwriting, storytelling, her love for people, and giving. She’s a badass ass businesswoman. She tells it how it is with a little bow wrapped on top. In my opinion, Ms. Dolly Parton, she’s just got it in the bag.”

The idea for the song started with co-writer, Casey Beathard. He pitched the idea to her, knowing her love for Dolly, and she and Michael Heeney hopped on board with Beathard to bring it to life. An electric love song and a girl-power anthem, “WWDD” is the ode to Dolly the next generation needs.

Produced by Wilson’s “all-time favorite producer, Mr. Jay Joyce,” the track reaches new heights for her sonic identity. “Somehow, he was able to capture my personality, as well as the personality of Dolly, in a song. It’s just a fun song, and I am so excited for everyone to hear it, especially during these crazy times.”

Joining the force that is modern women in country music, Lainey has carved out a unique space for herself with authenticity. Self-described as “bell bottom country,” Wilson’s sound cannot be mistaken. In distinguishing herself, Wilson looked to one particular matriarch of music for inspiration.

“Dolly’s one of the ladies in Country music that has taught me that dreams have no limits. When I am going through things in life, and I don’t know what the heck to do, I ask myself, “Lainey, hey, what would Dolly Do?”

There is no doubt she belongs in the spotlight, but Wilson feels strongly about the fact that she is, first and foremost, a songwriter. She wrote her first song at nine years old, and they kept coming. For Wilson, songwriting is one of those things she just “has to do.”

“My love for storytelling comes from many nights around the kitchen table where my family would tell the same ole stories I’ve heard for years, and they seemed to never get old,” Wilson thoughtfully responded. “I think that’s what drove me to songwriting. I wanted to tell stories that people would wanna hear over and over again.”

First captivated by “9 to 5,” Lainey’s infatuation turned to revered appreciation as she began to navigate the songwriting landscape. Here You Come Again is placed at the top of her list, as each song on this record reveals part of Dolly’s personality.

“It’s crazy how she can make people feel like they know her when they’ve never met,” Wilson remarked. “That’s what I would like to do. I want everyone to be my friend, and then like my music.”

Wilson shared a Dolly quote that she found ironic in regards to the times: “We can’t direct the winds, but we can adjust the sails.”

“Even as a songwriter right now, we aren’t able to get in the room with each other, face to face like we normally would,” Wilson explained. “But, we will figure it out. We will eventually get back to that point. We just have to do what we can do right now.”

Checking in on her quarantine productivity, Wilson has managed to write eight songs in these first 11 days. Thanks to modern technology, she has held her daily co-writes over FaceTime.

“I hope people can appreciate the honesty in my lyrics, the realness,” expressed Wilson. “I strive to be like Dolly. I hope that comes out in the song. Being real and true to myself.”

Listen to Lainey Wilson’s “WWDD” and watch her live stream release show below. Look out for her new music every month from now through June. 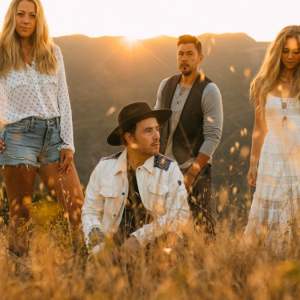 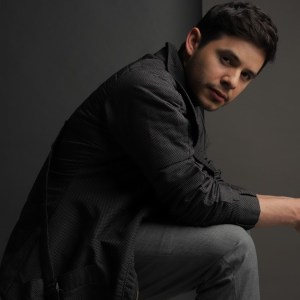