Don’t get David Crosby started on the state of the modern musical documentary.

“You know how they make documentaries these days, man?” he asks. “They make these little shine jobs. You go to everybody famous that you’ve ever met. Stick a microphone in their face, so that you can use their name in the advertising. And they say how great you are. ‘Oh, then he discovered California and then he invented electricity and isn’t he cute?’ And it’s just disgusting. They’re really just the shallowest kind of shine job.”

Rest assured that Remember My Name, the new documentary chronicling the life and art of Crosby, avoids those pitfalls. In sometimes harrowing footage, the harder times of Crosby’s life, from drug problems to personal tragedies to intra-band squabbles with Stephen Stills, Graham Nash and Neil Young, play out in the feature directed by AJ Eaton and co-produced by Cameron Crowe.

“And Cameron and AJ looked at me and went, ‘Uh-huh.’ And that was it. We never questioned which way we wanted to go. It’s just harder to not lie.”

What made it more difficult was that Crowe, who has known Crosby since he was 15 (“He knows where all the bones are buried,” Crosby quips) was unflinching in his role as interviewer. “He asked me the hardest questions I’ve ever been asked,” Crosby remembers. “I mean, questions that nearly had me crying. And I didn’t dodge those and I’m proud of myself for that. And he didn’t dodge asking and I’m proud of him for that. There were things in the movie that I told them no, they can’t be the movie. Absolutely not.”

“And they’re in the movie,” Crosby chuckles.

He ultimately found the process to be cathartic, and he didn’t concern himself about shooting down any misconceptions, which, considering his once-tumultuous offstage life, are plentiful. “Everybody’s watching and everybody has their own opinions and I can’t really change those so much,” he says. “But I feel my load lightened by telling the truth about as many things as I can.”

Lest you think that the documentary is just a remember-when from an inactive rocker, the film also spends a lot of time on the thrilling creative resurgence that Crosby has enjoyed in the past few years. Just don’t call him a “solo” artist, because his most recent work (four albums in the last five years with a fifth halfway done) and his live performances feature a guy at the top of his game while collaborating with talented musicians, including his son and writing partner James Raymond, his touring group the Sky Trails Band, and the trio of Michael League, Becca Stevens and Michelle Willis, who made 2018’s Here If You Listen with him.

Crosby says his pursuit of his muse these days is refreshingly free of ego. “Everybody I’ve worked with and written with in the last couple years is absolutely incredible at it. ‘Wooden Ships’ was a co-write with me and Stills and Paul Kantner and I should have known right then that that’s how I should have done it from then on. But I mostly did it by myself still because it was a competition between us. That ‘I’m better than you are, listen to this’ kind of thing.”

“But I’m in a different place now. I’m not competing with these people. I’m joining hands with them to make the absolute best art we can. It’s not about showing off me.”

Not only is he more prolific than he’s ever been, but somehow, despite the travails that he put his body through over the years, his voice is as pristine as ever. “I don’t know,” he says when asked to explain this. “Honest to God, man, I have no fucking idea. It doesn’t make any sense. I did everything wrong. It shouldn’t be this way but it is. I sang last night as well as I’ve ever sang in my life.”

“My friends don’t butter my toast, ’cause we’re all perfectionists, we all want it to be fucking wonderful. They tell me the real deal. And they’re telling me that I’m singing as well or better than I ever have. And I cannot explain it at all. It’s freaky and it’s joyful and I’m having a blast doing it. Obviously, the only thing I can do is be really, appropriately grateful and work like a motherfucker.”

One of the more unlikely developments in the resurgence of the Croz has been his reigning status as the MVP of Twitter. Engage him on it and you will probably get a response, whether it’s about politics, modern music, or, if you want to really get him fired up, The Doors.

Twitter has also led Crosby to even more of those collaborations that he craves, like his recent jam with Jason Isbell. “I saw on there that he was doing ‘Ohio’ in his shows,” he explains. “And I’d already had somebody call attention to him because of his lyrics. So I started listening to what he did and I realized, ‘This guy’s a really good songwriter.’ And I sent him a text message saying, ‘Good on you for doing ‘Ohio’ and that’s a song that really needs to get sung right now.’ He sent me back a message saying, ‘Hey, come sing it with me.’ And I sent him back a message saying, ‘What time does the bus leave?’”

What you might not know about Crosby’s participation in social media is that he is willing to lend a critical ear to others who harbor the same rock-and-roll dreams he once possessed. “People found out that I would give at least one listen to your brother’s band or the song that you just wrote that you think is fantastic,” Crosby says. “And usually it’s junk. I try to be kind about that and not hose them down. Give them some pointer. And that’s like a gift from God for them. They fucking love it. It means that somebody’s paying attention to their effort at making art.”

“The road beats the crap out of you. And if you’re old like me, it really beats you up. I can’t sleep on the bus anymore, so I wind up sitting there, ticking off the miles, waiting for us to get to the next city so I can go to sleep. So it’s hard. But playing the music is a freakin’ joy.”

Taking The C Out Of SNY

The documentary takes its name in part from Crosby’s critically-acclaimed 1971 solo debut If I Could Only Remember My Name, which he never actually followed up, instead falling back into the CSN fold. “I think I was lazy,” he says of that choice. “I think I took the easy way and the paycheck. It’s a large paycheck and it was easy to do. We turn into a slot machine and play our hits. And I’m responsible for maybe six songs all night. And that’s it. You take your paycheck and get on your own bus to avoid each other. Then go back on the road to the next one and collect a bigger check.”

“And that got really not okay. It started to make me really question whether I wanted to keep loving music. That’s why I quit CSN.”

Remember My Name doesn’t shy away from the current hard feelings among the band members towards Crosby. For his part, Crosby doesn’t feel there is any unfinished business. “I’ve made my peace with it,” he says. “I think we did really good work. It was a very competitive band. I think CSNY was even more competitive, but really fun. But no, I think it’s good work and I’m proud of it. And I think it will last. But I don’t think you’ll ever see it again.”

“Some of it was having a head of steam built up,” he says of his recent roll as both a songwriter and performer. “Because the last ten years of CSN, I was not friends with those guys and I did not think I could take a song there. So I had some saved up. But mainly it’s this joyful whiz-bang of working with other people. James and I have written five new songs in the last month. Give me a fucking break. These are not cheeseball. These are serious pieces. I feel so lucky, man. I have a grin on my face a mile wide and I’m just happy as shit.”

Watching Crosby performing in this film or listening to the vibrancy of these latest albums, it seems like a new beginning. But there is also an urgency behind this flurry of activity that he admits is both an acknowledgement of diminishing time and a refusal to waste any of it reflecting on the past.

“Look, I’m near the end of my life,” Crosby says. “I got a certain amount of time left. Whatever it is, two weeks, ten years, whatever I got. The question isn’t how much do I have, the question is how do I spend that time. And I feel I’m spending my time the right way. I spend it with my family and I spend it doing this and that’s pretty much all I do. Either I’m home writing the shit or I’m out here playing it. Those are my two joyful spots.”

And when David Crosby’s amazingly resilient voice, somehow intact despite all of the self-destructive moments honestly recounted in Remember My Name, takes flight on a stage near you or across your favorite listening device, you will feel that joy as well.

“I never do it the same way twice. I’m always a little bit improvising, and that means it’s like having your own rocket ship. You don’t know where you’re gonna go next. I launch into a vocal phrase and I don’t know where it’s going. I’m riding the wave. And that’s a pretty hot adventure.” 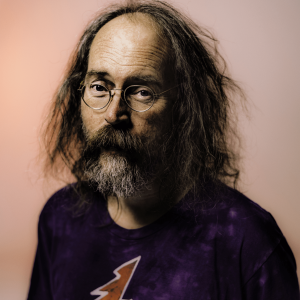 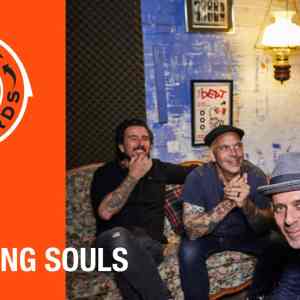