After ten years in Nashville, Derek Hoke is finally ready to play some country. His aptly-titled debut album, Goodbye to Rock ‘n’ Roll, sounds like you heard it somewhere a long time ago—maybe on your grandpa’s old wood paneled radio—yet at the same time has the modern production and finish to let you know that this is something new. Signed to Electric Western Records, Hoke dishes on why car rides are a great time to come up with song ideas, what the Pepsi Challenge can teach you about songwriting, and why being compared to Elvis Costello (or anyone else) is not a good thing. Also be sure to check out Hoke’s profile on American Songspace.

Could you explain the title track of your new album, Goodbye to Rock ‘n’ Roll? To say goodbye to rock, you must’ve said hello at some point, right?

Well, I used to be in a guitar band, you know, the typical squeeze-your-songs-in-between-the-Tom-Petty-covers sort of thing. The change was totally subconscious. I just wrote a bunch of quiet songs on a little Silvertone guitar and people were really digging them. I didn’t really think much about the songs while I was writing them but then I thought I should record them just to have it. When I started doing that, I realized that these songs didn’t need guitar solos or any type of amplification. They were good as is. Fiddles and steel guitars just seemed more fitting. It was falling in love with country music all over again. It was letting go of the Telecaster and picking up the Martin Acoustic. It was letting these be throwback songs.

It was hard. I love the Telecaster. The “Good Bye Rock n’ Roll” song wasn’t preplanned but it set the tone. I was like, “Man, I think all these songs are going to be country songs. But I don’t sing country. I’m not a “I was born in cabin and only drink hard-liquor” kind of guy. But I just went for it anyways.

I usually write in the car. When I drive around, I don’t listen to radio and if I do, then it’s the hip hop station. I just try to come up with little things in my head and then when I get back home, I try to pick them out on the guitar. There are usually some words already floating around. For me, it’s coming up a little saying and then building around that. I let it creep out of my subconscious and then after that, it’s just about putting the song together.

I was in a punk rock band called Negative Reaction and I wrote a song called “Say Goodbye”. Back in those days, there was a lot of Reagan Era paranoia. The song had all this Soviet Nuclear War stuff going on. I’ll always remember writing that song in study hall in 9th grade and starting a band.

The record label you’re signed to, Electric Western, is also making its debut. What made you choose to sign with them?

I’d been friends with the guys over there for awhile and they knew I was making a record. I started passing out the pre-mastered versions and they freaked out over it. I’d had some meetings with some other people but it felt like a more natural fit to get with the upstart new record company. I wanted to have fun with it, not take it too serious and just let it be what it is. You know, play some shows, do a little marketing. I wanted it to be low-key as to keep with the simplistic attitude of the album. This isn’t ground-breaking music. This is just a cool, little record.

How did you get started out here in Nashville?

I’ve been here almost ten years. For awhile, I worked for Ricky Scaggs, selling his CDs on the road for about eight years. Then I worked at the Belcourt Theater as a manager for six years. I came here trying to do that Telecaster, yelling-at-everybody-thing in a Bluebird [Cafe] type of town. I slowly got into the flat-picking guitar stuff. I slowly started letting it creep into my musical taste. Now, I’m not just listening to bluegrass music, I’m playing it. Now I’m writing these standard-type songs. It’s a slow process.

How did you handle working a job and continuing to try to gig around town?

I’d work at the Belcourt and then I’d go to the Basement and play a lot—opening for people, doing the New Faces thing. I tried out a lot of songs and was getting a little frustrated. Everyone had these country songs. They all wanted these #1 hit songs. And I was like, “I don’t want #1 hit songs. I just want to do what I want to do.”

It’s all about getting feedback. It’s almost like doing a Pepsi Challenge—that song doesn’t work, that one does. Playing songs live is the best way to test them out. You might think, “Oh, this song is amazing. This chord progression is so great,” but then it goes over everyone’s head. If it’s only appealing to you, you might want to change it up a little. Look at like a comedian telling jokes. You want a reaction. You want maximum impact. If you’re cracking up the audience, you’re doing alright. If you’re only cracking up one guy, then you’re setting yourself up to be obscure and unappreciated. I’m a bit of a people pleaser myself. I want people to enjoy my stuff and remember it. That’s why I have some pop stuff in the hooks and the melody. The delivery is pure Lyle Lovett though. That combination seems to be working out for me.

Any advice for aspiring songwriters? 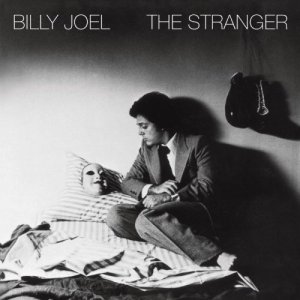 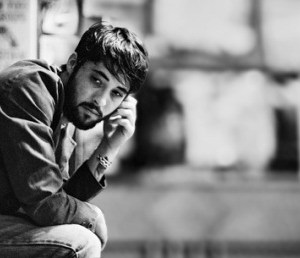