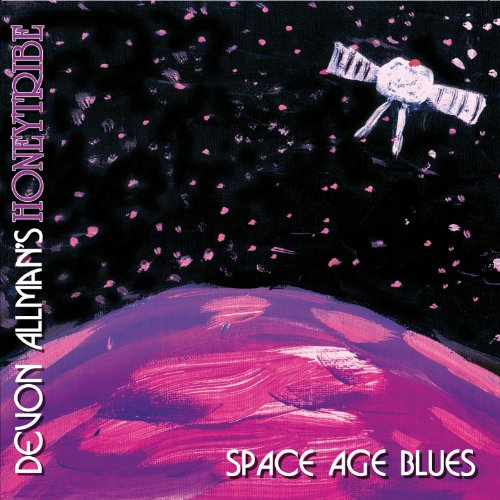 Devon Allman’s father Gregg is one of the great white blues singers of all time. His uncle Duane was one of the great guitarists of the classic rock age, and maybe the most ferocious slide player ever. So, if you’re Devon Allman and you’re a musician, how do you live up to that lineage?

Simple. Just by being yourself and not worrying about it.

On Space Age Blues, Allman’s St. Louis-based Honeytribe power trio, which is augmented by keyboards and percussion, doesn’t come off as anything resembling an Allman Brothers Band offshoot, except that Devon looks so much like his father and uncle – and sometimes sings so much like his father – that comparisons will always be inevitable. But Allman doesn’t play anything like Uncle Duane, and while the Honeytribe bassist and drummer are adequate, they can’t be compared to any ABB rhythm section.

Devon Allman’s taste clearly is rooted in the classic rock era from whence his famed ancestors came, though he isn’t a blues or Southern rock player per se, and doesn’t play any slide here. The album opens with “Could Get Dangerous,” a song about mutual attraction with some really nice harp from, of all people, Huey Lewis. The title track, with a vibe similar to SRV’s “Texas Flood,” features former Dizzy Gillespie tenor man Ron Holloway, who often plays or sits in with other members of the Allman camp such as Susan Tedeschi and Warren Haynes. Holloway appears on several tunes here, and his inclusion is a good choice, as he meshes well with Allman’s guitar playing.

“New Pet Monkey,” a very strange song about bad decisions that would have worked great in 1975, finds Allman playing piano as well as guitar. “Insh’ Allah” is an interesting instrumental that combines Middle Eastern ideas with Allman’s use of Korg’s Kaossilator guitar pedal to achieve some nice effects, culminating in a vibe that is almost Maharishi-inspired George Harrison.

Allman is the lyricist and wrote nearly all the music as well, with the notable exception being a heartfelt, but perhaps ill-advised, version of Stevie Wonder’s “Sir Duke,” which doesn’t quite make the grade. Allman’s lyrics are personal and not meant to cater to radio, and they fit his music well; his chord progressions are quite varied, without the I-IV-V material that might have been expected from an Allman progeny, and he uses a lot of minor chords and half-steps, often giving the music an unexpected color until his often predictable, stock guitar fills interrupt some otherwise nice ideas.

Vocally, Allman falls somewhere between his father, James Dewar (Robin Trower), and, to this listener’s ears, sometimes oddly like Steve Perry without the range. If there’s anything that’s a little standoffish, it’s Allman’s affinity for the wah-wah pedal, which is overused with sincere zeal, but overused nonetheless.

Space Age Blues is a great choice for someone who wants to hear a good example of how today’s musicians long for the time when originality, creativity and just plugging in to play meant something. It’s also a good recommendation for the Allman Brothers Band fan who hasn’t heard what this Allman has to offer. But be forewarned: this guy looks a lot more like his father and uncle than he sounds like them. Which, in this case, is a good thing. 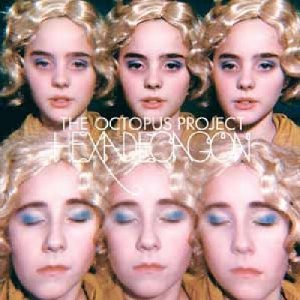 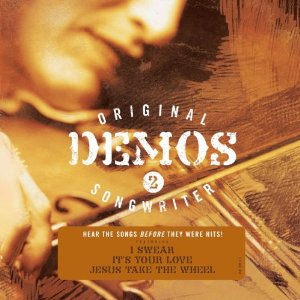