How many mainstream country artists would ditch their band to make an all-bluegrass album? And how many of them would cover songs by Pearl Jam, U2, and Bob Dylan during their sold-out show at the Ryman, the spiritual home of country music? There’s probably only one, and his name is Dierks Bentley.

Bentley wrapped up his Up On The Ridge tour at the Ryman Auditorium Saturday night, and the evening turned into an all-star hootenanny. Del McCoury (whose presence evoked a standing ovation), The Traveling McCourys, Chris Thile and the Punch Brothers, and opener Hayes Carll all took turns joining Bentley on stage, as he turned his biggest hits like “Sideways” and “Come A Little Closer” into acoustic gold.

Not everything was kept to strict bluegrass rules — Bentley’s longtime drummer (introduced as “the best bluegrass drummer in Nashville!”) Steve Brewster was on hand to keep the beat. But the McCoury’s masterful banjos, fiddles, and mandolins added flair and virtuosity to each performance.

An animated Thile, the charismatic former frontman of Nickel Creek, almost ran away with the whole show; Bentley graciously let the Punch Brothers perform a mini-set, and the two traded vocals on an electrifying version of Dylan’s “Senor (Tales Of Yankee Power).”

But the real show-stealer was Del McCoury, who’s keening, high-pitched tenor lent a majestic air to U2’s “Pride (In The Name Love)” Later, Bentley tucked into Pearl Jam’s “Just Breathe,” a song so new the paint hasn’t even dried on it yet (it’s from the band’s 2009 album Backspacer). Kris Kristofferson’s “Bottle To The Bottom” and George Strait’s “All My Ex’s Live in Texas” also got a reading inside the Ryman’s hallowed halls.

Bentley’s much-buzzed-about Up On The Ridge album, due June 8, is an all-acoustic album, and boasts guests like Alison Krauss, Miranda Lambert, Tim O’Brien, the McCourys, and Sam Bush. 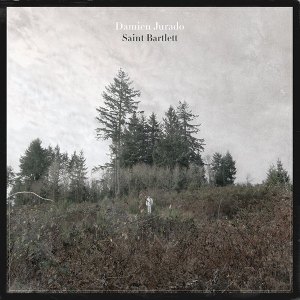