There’s no one way to describe Notelle. She’s been dubbed a rising dark alternate pop artist, EDM featured vocalist and topliner but none of that truly explains who she is or what her music is about. Many artists say they don’t want to be put in a box but Notelle is one of the few that has accomplished the rare feat of actually achieving it.

It sounds like a journalistic cop out but Notelle is the kind of artist you have to just hear for yourself. Even then, you have to listen to a handful of tracks because the woman is a musical chameleon not living within any one shade. Same woman but many very different vibes.

As new as she might be, Notelle is one of music’s most poorly kept secrets. Voted a “Must Watch Artist in 2020” by the Nashville Scene and called a “genuine, revelatory breath of fresh air” by No Country for New Nashville, Notelle’s industrial nightmare-pop sound has been covered by Impose Magazine, PopDust, and Nakid Magazine. Collaborating with DJ’s and producers around the globe, she’s racked up nearly 19 million streams on Spotify alone, as both a writer and a vocalist, and her vocal-sample pack Notelle presents Nocturnal released this past July found a home inside the Top 50 Splice’s Global Charts for over two weeks.

These days, Notelle is exploring her solo artistry having spent the past year developing her version of ‘dark industrial pop.’ Releasing the aforementioned “Bugs” this past June, Notelle pushed into new grittier territory. Catching fire right out of the chute, it found its way to Spotify’s ‘Fresh Finds: Poptronix’ within two weeks.

Now her focus shifts to her new single and with it, a new direction. While “Bugs” features Notelle’s vocals aerating a deep, electronic droning not unlike 90’s era Nine Inch Nails, her new single “Diet Change” is an entirely different vibe as her sky-blue voice floats over a cloud-like piano. A hard right from her last effort, but there was a reason for that.

“I wrote this song for me,” deadpans Notelle. “I was just horrendously sad. I needed it. It was selfish in its conception, really but, I assume now, that if I needed it, it’s needed by another person too.

“They say it’s likely that you have at least two doppelgangers out in the world. People who look exactly like you. That’s how I feel about heartbreak. It feels customized, but it’s not. It feels unique, but it’s not. Loss is loss, pain is pain. Grief and sorrow feel like grief and sorrow. There has to be someone else, somewhere else who feels like they’re going to split open in the same way that I did. To those people, trust me, you’re not going to die. It’ll end and you’ll be happy again, I swear.”

An emotional outpouring in the songwriting process but as any artist will tell you, the studio and the songwriting can be very different experiences even within the very same song.

“My co-producer on this is Jesse Brock. I say co-producer because there’s nothing that went into this production that isn’t the brainchild of both of us, but I’m pretty trash at engineering my own stuff. The mechanics of Ableton stifle my creativity, so that’s where Jesse comes in. Not only has he been my solid friend for seven years, he’s also an incredible engineer. He’s a killer musician in his own right, so being able to say “I want this sound, with this processing, with this counter melody” and have him whip that out in a fraction of the time it would take me to do it, is absolutely crucial. He’s always open to pushing boundaries with production and really allows me to pursue BIZARRE ideas.

“We actually went through a few different versions of this track before settling on this. We were trying to incorporate a true rhythm section, we tried amping it up, toning it down, forcing drums in there to drive it forward. Everything we did just buried the songwriting, and it was frustrating. It sat in never-never land for a month or so, you know, that place where sticky, up-hill songs go to die. Finally, I called him and said, “please don’t hate me, but we need to scrap it all and start over.” I knew it needed to be more like the bare bones piano & vocal demo, but tactfully heightened.

“We decided to track a proper piano arrangement on the baby grand Yamaha they have over at Castle Studios. Jesse brought in his colleague, Daniel Mikasell to help engineer the session so he and I could focus on the overall vibe. They’re both so talented and I’m grateful I had their help because it was exactly what the song needed.”

While the studio and the voltage are often the lifeblood of a song, especially in electronic music, for Notelle it’s not necessarily like that. As important as all of that is, the craft of songwriting is just as important. As you peel back the layers and learn about the cornerstones upon which she is built, it’s not that surprising at all that words and music each hold an inordinate amount of value to her.

“Shel Silverstein is far and away my favorite poet, but people don’t really know he’s a songwriter, too. Everyone knows Where the Sidewalk Ends, but the guy has two Grammys. He wrote “A Boy Named Sue” for crying out loud! There’s like, a measly two-foot-long plaque about him at the Country Music Hall of Fame, and of course Johnny Cash practically has three floors. I’m just bitter, though. My friends still give me Shel Silverstein books for my birthdays.

“I got my first undergraduate degree in Creative Writing from the University of Maryland, and I would sit in those classes with all the other aspiring writers and their worn out copies of The Bell Jar, and the teacher would ask us all to go around and say who our favorite poets were. They’d all have the most pompous, high-brow answers and they’d get to me, and I’d just be like, “Uh…Shel Silverstein.” They’d all look at me and practically point at the door being like, “Yeah, you can go now.” But Shel Silverstein is just so weird. His lyrical voice is so cemented in my mind. I kept thinking; I want to write poems like Shel Silverstein but what I really wanted to write was songs.”

Not to be outdone, or maybe just following along that line of writers who excel just off the beaten path, her current songwriting faves fall along those lines as well. Case in point, Jason Isbell. When asked her favorite song lyric by any songwriter, she responds with a true writer’s answer.

“Oh man, I thought about this for a while. I’m gonna go with “If We Were Vampires” by Jason Isbell and the 400 unit. That second verse, that chorus, it just obliterates me every time. It’s incredible writing. I’ve always been fascinated by darkness, and just anything macabre and morbid. This song manages to take something like death and make it conversational. It’s next level. Some people are just better than the rest of us.”

While nobody will argue with Isbell as a gifted writer, it’s not as though Notelle doesn’t know what the hell she’s doing. “Diet Change” is deeply personal which isn’t necessarily her forte. In fact, not just what she wrote but the way she wrote it was a fairly foreign process to her. Those two things added together are the epitome of what makes a good songwriter. When you aren’t a run of the mill, churn-and-burn, same cycle all the time writer and can step outside of your comfort zone and still create wonderment; THAT’S when you go from serviceable to special.

“I don’t know if this makes sense, but rarely do I write songs about how I feel when I’m acutely aware that I’m feeling it. It’s too complicated, and it never comes out right. Most of the time it’s a subconscious processing, or I’m just so far removed that it’s truly reflective, you know? That way, I’m not sorting it out WHILE I’m writing it down. This might be the first time a song came out of me with every piece of it saying, “This is your present heart talking. This is your present pain.”

“Man, I was drowning, and I was coming to terms with the fact that I was holding my own head under water. I was going through a breakup and I knew, logically, that I would survive the heartache, but I didn’t feel that, so I was making cheap choices to quell the pain temporarily. Making up narratives in my head about how my ex was feeling, asking my friends to find out information, convincing myself he was hurting too, stalking socials with a burner account, collecting little pieces of information that fit into whatever story I needed to tell myself to fall asleep at night. It was full-fledged emotional cutting. God, thinking about that now, how bad I was hurting, it’s painful. That true, deep, relentless kind of pain.

“Anyway, I saw him out one night and the intensity of my reaction scared me. It was my breaking point. I was so sick of myself and the healing process, so frustrated with how my own desire for a quick fix was drawing it all out. I couldn’t take it anymore. It made me realize that everything I was consuming, everything I was feeding myself – his lies, romantic movies, my own stories, customized, selective blindness to the information I did have – that was shaping and warping my reality. I was prolonging my own pain. So I stopped. I sat down, wrote this song in 30 min, and just stopped all of it. I decided he was irrelevant. I decided that his thoughts, happiness, pain, past, present, future, all of it, was so unbelievably irrelevant to me from that point forward. I stopped devouring the band-aids and started sitting with the bullet holes, and it worked. I changed my diet, and it worked.”

For a woman who seems to be killing it at every turn, Notelle’s outlook and ambitions for her career are quite different than what most young artists dream of. Forget the glitz and glamor often associated with musical prowess. No, she’s looking for something much more substantial than that.

“Of course, I want musical success, but I don’t want fame. Fame sounds god awful. Plus, there’s only so much spotlight to go around, and there’s people far better suited to that than me to take it. But, hey, I mean, if someone reading this wants to sign me and offer me a sync deal, I’ll take that, for sure. That’s my main goal, but everything changes so rapidly now, that I’m just trying to be open minded to what success looks like. I always say that I’ll walk through whatever door is open and feels true to me. Who even knows what’s meant to happen, cause I don’t.

“Hopefully, it’s not a Grammy I’m holding close to my chest when I die, I’d prefer it be another hand. So, until then, I’m just trying to be happy. I want to love and be loved. I want a long life and quick death, and I never want to feel like I’ve already written my best work.” 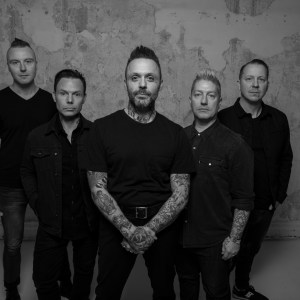 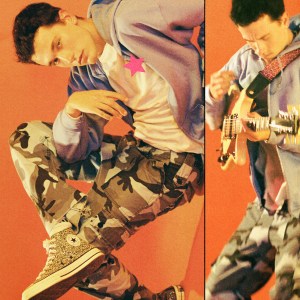