When the world started shutting down and closing in around Sabrina Carpenter during the pandemic the singer and actress continued her own self-reparative alternative to therapy—writing emails with no intention of ever sending them.

A real-time chronicle of her life experiences at the time, Carpenter began documenting all the fears, agitations, and breaks in her heart in emails, later transferring them into 13 of her most bare songs to date on her fifth album, emails i can’t send.

“It just made sense because all the songs were different stories from that time in my life,” Carpenter tells American Songwriter. “I don’t regret any of the songs, but I think that there was a fear, initially, of putting stuff out that I was far too afraid to confront.”

emails i can’t send finds Carpenter tapping into new territory as a more revealing songwriter, the title track addressing her disdain and interpersonal transformation after learning of her father’s affair—And thanks to you I, I can’t love right / I get nice guys and villainize them. “‘emails, i can’t send’ sets this precedent of someone that I love let me down and it changed the way that I view love forever,” shares Carpenter. “Now it’s in my head. Every time I meet someone or every time I experience a situation, I’m not going into it the way that I did when I was a child when no one hurt me, and when I was trusting and loving and accepting, excited and willing.”

The storyline continues around a toxic love on the blunter “Vicious” and “Tornado Warning”—Don’t understand how quickly we get / Right back in our rhythm without missing a step / And logically, the last thing I should have on my mind / But I want you there sometimes—the latter track centered around another real-life event.

“Getting to tell that story before singing that song and then having an audience actually feel like they were there, the night that everything happened … I can’t explain like how magical it feels, and how full circle and therapeutic it also feels,” shares Carpenter. “There are a lot of reasons for just wanting to remain as honest and truthful as I can, so I’ve been trying to listen to myself more.”

Throughout, emails i can’t send is far removed from where Carpenter was starting on her dual releases of  Singular Act I and 11, in 2018 and 2019, respectively. “I don’t have to go back to something that I was doing when I was 18, because I don’t think that I’ll ever feel the same way that I did at that age,” says Carpenter, who added that she underwent a greater shift between the pivotal ages of 18, 19, and 20 when she had some of her first big experiences in life. “I think a lot of people are experiencing those things a lot younger now, because of the internet, because of school. A lot of like friends that I have, and people that I know that are younger, they’re experiencing their first heartbreak, or they’re experiencing loss, or they’re experiencing really traumatic events in their lives at such a young age.”

Carpenter adds, “It’s not that I didn’t experience loss and grieving and any of that at that point in my life, but I don’t think it hit me as hard as it did in the last couple of years, so that will change anyone.”

A new perspective on how she trusts and communicates with others is also deciphered throughout emails. “It’s really a story of how an event like that can trickle down into the rest of your life and can affect your relationships with other people even though it has nothing to do with that person, and sometimes it’s like beyond that,” she shares. “I think from beginning to end, you find all of these themes of the way I communicate and the way situations have affected me and how I’m coping with that (and not coping with that) and also doubting myself or blaming myself in the meantime. There’s a lot of layers to it because you’re literally experiencing everything for the first time like I was at that time in my life,  so it’s quite a roller coaster.”

emails i can’t send also transformed Carpenter as a songwriter, writing many of the drafts of the songs first before connecting with a group of select co-writers, including Julia Michaels, JP Saxe, and John Ryan to flesh out the rest. “I think I’ve actually found a lot more comfort in writing alone than I ever did before,” says Carpenter. “When I was younger, I was listening to a lot of my elders and people in the industry that have been doing it for a really long time and looking up to these people and taking what they said as law. This was really the first time where I started to not do that and listen to myself and try to block out some of that outside noise.”

She adds, “It’s not that those people don’t know what they’re doing, but someone else making the decision for you is kind of pointless because you’re the one that lives with that decision. I realized the stuff that I’m making now is what I’m going to be singing for the rest of my life, and I want it to be as honest and truthful to me as possible. And that’s just so much more special.”

At this stage, it’s more about Carpenter processing her feelings and emotions and finding ways to transfer some of those into songs. “If it turns into something that I really love, that’s amazing,” she says. “Sometimes songs don’t make it to the end for whatever reason and parts of them can become other songs.”

Though emails i can’t send has finally been sent and released, Carpenter still feels strongly connected to those initial sentiments of each song. “I forget how much I still relate to so many of these songs, which made this tour even more special,” she says. “I find myself in these moments on stage after some shit happened that day thinking ’it’s still me,’ and ‘this is still a part of me,’ and the fact that I’m able to articulate how those things feel now is really exciting.”

On the other hand, Carpenter said she wonders what else she still needs to figure out. “There’s a lot of new feelings that I’m trying to figure out how to articulate, and it’s very exciting,” she explains. “The fact that people have been screaming the lyrics to random tracks on this album is so special because it just shows you how much lines can mean to people and how much one word can mean to someone. It’s so powerful, and I’m inspired by it.”

After recently starring in the Amazon Prime comedy thriller Emergency and launching her first fragrance Sweet Tooth, Carpenter recently finished off a 13-date headlining tour during the fall of 2022 and is warmed up for an extension of dates scheduled for 2023.

At 23, Carpenter is fully aware that her life is still unraveling and as it does so will her music. “Music is always going to be there no matter what,” says Carpenter, who is exploring new roles and will always come back to music. “I’m always looking for things that like really connect with me and inspire me, and music is always a constant.”

And there’s no need to go back in time. Though Carpenter will always feel a connection to earlier singles like her 2014 release, “Can’t Blame a Girl for Trying,” through the songs on her 2015 debut, Evolution, and on through her most recent Singular Act releases, she’s not interested in rinsing and repeating any past musical process at this stage.

“I don’t listen to my old stuff and think ‘I need to do that again,’” says Carpenter. “It’s always going to be an evolution. I’m probably not going to listen to ’emails i can’t send’ and want to do that again. I’m consistently evolving and growing and these chapters of my life feel really different now. When you’re this age, everything can change in a short period of time, so I think that that’s been the most inspiring thing for me. I’m just keeping up with myself.”

Photos: Courtesy of The Oriel Co. 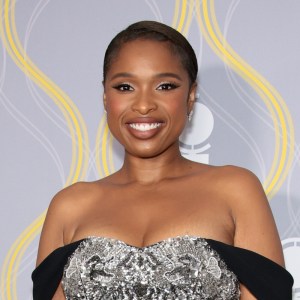 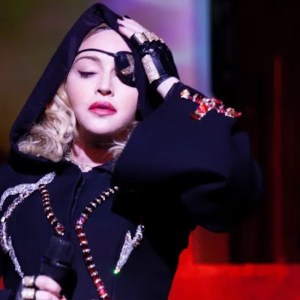