Like most facets of professional show biz, the music industry can be a fickle affair. Artists that steal the spotlight one moment are easily discarded the next. Talent and tenacity have little to do with that equation. Indeed, some of the most insightful artists making music in both the present and the past are often confined to a status that remains well below the radar, creating their art for devoted fans and critics who bemoan their lack of wider recognition.

Dirk Hamilton is one such artist, a musician whose early albums — ‘You Can Sing on the Left or Bark on the Right’ and ‘Alias I’ (both recorded for ABC), ‘Meet Me at the Crux’ and ‘Thug of Love’ (the latter two released on Elektra during the label’s emphasis on singer/songwriter types) — garnered him kudos as one of the most insightful and articulate artists of the mid to late ‘70s. Given the fact that Hamilton had been playing guitar and writing songs since he was eight (He mentions that “Happy Trails” was the song that initially inspired him) and he was recording by the time he was 14 — when he played in a rock and roll/surf music band called The Regents — he already had a long tenure as a singer/songwriter by the time he arrived in L.A. in 1974, inked a contract to ABC and began recording that initial album with producer Gary Katz, an iconic individual known for his work behind the board with Steely Dan.

Hamilton toured on the strength of those early albums for five years, reaping critical kudos but never quite attaining the commercial success that many had predicted. That’s despite the fact that Cashbox magazine named Meet Me at the Crux as one of their top albums of 1978, besting John Prime’s Bruised Orange, Van Morrison’s Wavelength, Bob Seger’s Stranger in Town, and Bruce Springsteen’s Darkness at the Edge of Town. In the early ‘80s, he bowed out of the music business, did odd jobs and eventually became a counselor for emotionally disturbed teenagers. However he didn’t forsake music entirely. He started making music with a pal and eventually rediscovered his muse. He hit the local club and coffeehouse circuit, started a new band, and released a cassette of original tunes titled Big at the Blackwater which eventually found its way to an Italian record executive who invited Hamilton to cross the ocean to perform and record.

“I realized that this is what I do,” he says in retrospect. “You don’t quit what you were made to do.”

At any rate, it gave Hamilton the impetus he needed to persevere at making music, a determination that hasn’t diminished to this day. He continues to perform and record, and the 14 albums he’s released on independent labels and his own Acoustic Rock Records easily rank among the best efforts of his career. His latest set of songs, Touch and Go, is no exception.

In fact, every album he’s made over the course of the past 30 or so years attests not only to his skills, but to his drive and determination as well. While commercial success might have eluded him early on, his creativity remains unblemished and that ability to share melody, insight and introspection remain the key components of his craft.

“I might not have been that total success I hoped for in the music business, but artistically my life has been a miracle,” Hamilton insists. “The proof of that lies in the albums. I have no pragmatic business skills. I don’t even try. I just keep writing songs and thanks to all the people who care about my stuff and support my music, things work out. I love the work. With every song I create, l experience, in varying degrees, true magic. The most inspired lines and ideas come as gifts from a muse-y cohort, a benevolent helper from above. They have been with me all my life and I am inexpressibly grateful to them, him, her, or it. Lots of artists experience this phenomenon. It’s not artsy BS.”

Not that he hasn’t had his moments of abject reflection as well. “I’ve just emerged from a long, dark night of soul searching,” he says. “I hadn’t played for five months and the gigs I did recently reminded me how my music lights people up and sends them home revived and encouraged. That’s what it seems to me anyway..”

Indeed, Hamilton is undeterred, as sure of his skills and his need to share them as he ever was. He recently did a tour of the West Coast and hopes to resume touring in Italy, an annual excursion he undertook some 30 years in a row. His desire to continue making music is a testament to the triumph of being able to make music that’s every bit as inspired as the sounds he first brought forth some 45 years ago.

“I’ve done something like 20 albums and I’m proud of all of them,” he continues. I’ve played all over the U.S. and Europe, and I even made it to Thailand once. I often hear people tell me that they marvel at the consistently high quality of my stuff. People tell me that my old stuff still stands up and my new stuff is every bit as good as my old stuff. I believe that’s true. At least I sure hope it’s true. If, just before I die, I change my mind and wish I’d gone to dental college, well, that would be a bummer to go out on.”

Thankfully, there’s little chance of that.

“My creative flame doesn’t wane; it stays bright and radiant and morphs from one magical creature to another. And when a new music lover ‘discovers’ me and gets to know my catalogue, I invariably hear, ‘How have you managed to stay under the radar for all these years’”

Indeed, that’s a question well worth answering and for which there seems no logical answer.

In a sense however, it appears not to matter.

“The dude abides,” Hamilton concludes. “It’s hard to be an artist all these years when you don’t get to be famous. But I’ve been privileged to do this for decades, I have a great band, two great kids, I’ve been all over the world and I love what I do. In 2015, he had an epiphany. I haven’t the right to be angry. I have a pretty dang good life.”

He pauses for a moment before adding a final thought:

“Hell, a new album is beginning to assemble itself even as we speak!”

He says he has more songs than needed and he’s in the process of deciding who will produce it and how it will be presented.

“I don’t feel like I’m in competition with myself,” he adds. “I do my best and if it’s not good enough, I won’t put it out.”

Happily, he can be assured that there are any number of ardent admirers who eagerly await. 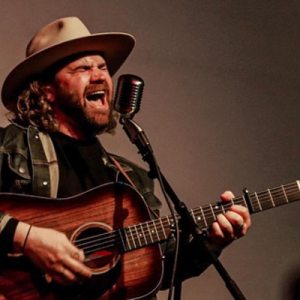 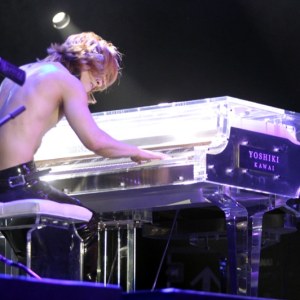