Dirty Guv’nahs
Hearts On Fire
(Summertown)
2.5 out of 5 stars

Where did the “dirty” go?

Even though Tennessee quintet the Dirty Guv’nahs were never as UK inspired or raucous as their name implied, there was still enough grit and raw soul to get them favorably compared to the Black Crowes, My Morning Jacket, Drive-By Truckers and other moody Southern rockers who knew their way around a gutsy melody.

But somewhere on the way to this, the band’s third studio album, any rough edges that once pushed a pricklier sound have been sanded off. What’s left is a generic if talented act that lacks the rollicking drive and leathery kick of its earlier output. Songs like “Morning Light,” the first single, are overthought and aimed at the lighter waving singalong crowd, complete with a handclapping chorus and uninspired words sung with more conviction than they deserve. The group reaches for the back rows with the U2-ish “Under Control” and misses by a wide margin by trying too hard. Occasionally a fun upbeat melody like “Lovin’” hits the sweet Wet Willie spot, especially with its soulful female backing vocals. Amy Helm guests on the acoustic ballad “Three Little Angels” but she can’t breathe much life into the clichéd “we need love” lyrics.

It’s a blatant if well-meaning attempt to garner some airplay and a crossover audience. Yet by cleaning up and polishing the approach, most of what made the group special has dissipated. What’s left is an occasionally pleasant, standard issue blend of easy going, rust-tinged rock; one that desperately needs a producer to get out of the way, emphasize the group’s tougher garage instincts, and let the dirty side of the guv’nahs take over. 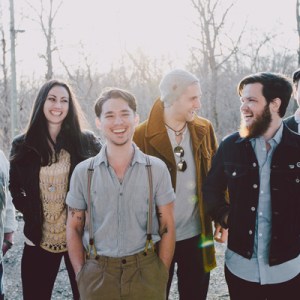