Appearing for the last time on America’s Got Talent before the finale, Drake Milligan went back to where it all began, performing “Sounds Like Something I’d Do,” a song the Texas-bred singer and songwriter first sang during his audition. To keep himself in the competition, Milligan followed up with another one of his original songs, the honky tonk-dipped “Kiss Goodbye All Night,” giving another glimpse into his forthcoming debut, Dallas/Fort Worth, out Sept. 15.

Broken up by seven songs inspired by the former city and the remaining tracks an ode to Milligan’s hometown, Dallas/Fort Worth is a collection of 14 songs spanning his roots, everyone from Elvis Presley—who the artist portrayed in the CMT series Sun Records in 2017—to George Strait and Merle Haggard, and also hits on rockabilly riffs and classic honky tonk and older renderings that have been transported from bygone country days to the present, all punctuated by Milligan’s deep, baritone croon.

Leading into Dallas/Fort Worth, Milligan has already built a solid base since first auditioning on America’s Got Talent on June 7—even dubbed the “New Elvis of Country” by Howie Mandel. He topped the streaming charts with his self-titled EP, which hit No. 1 on the iTunes Country Albums and the all-genre iTunes Album charts, with his single “Kiss Goodbye All Night” reaching No. 1 on the iTunes Country Songs and the all-genre iTunes songs chart, and the rousing “Sounds Like Something I’d Do” peaking at No. 2.

Milligan spoke to American Songwriter about his America’s Got Talent transformation, finally playing Billy Bob’s honky tonk in Texas and the songs for Dallas and Fort Worth.

American Songwriter: You have a hefty collection of songs (14 tracks) on Dallas/Fort Worth. How far back do some of these songs go for you?

Drake Milligan: Some of the songs go all the way back to 2018 when I moved back to Nashville. I started coming to Nashville around 2017 and started writing songs in 2017, so a lot of the songs were from then.

AS: When it comes to the older songs, in particular, how did some of this flesh out over time for you, or perhaps shift in meaning?

DM: Well, for me, songwriting was really a process of finding my own sound. When thinking of a record, we were obviously looking for outside songs, but I was having trouble finding anything that sounded totally unique to me. And then, through songwriting, is where I found my own style. Some of those older songs is where I went, ‘Oh, man, this is totally unique to me, and something I want to do,’ so those really stuck around.

AS: Sonically, you move in waves from more classic sounding twangy ballads like “Hearts Don’t Break” and then harder tracks like “Tipping Point.” As the two ends of the album were coming together, how did you want these songs to reflect your sound?

DM: I definitely wanted to include a little something for everybody. I didn’t want to get repetitive. On a big record like that, you don’t want any song sounding too similar to each other but I also wanted to showcase all sides of me and try to include a lot of different influences in there, too. I feel like every song on the record has a different influence of mine, whether that’s Elvis or Merle Haggard, George Strait or Travis Tritt, and trying to combine some of my influences. Every song is unique in that way.

AS: At this stage, are you still gravitating toward other artists? Is that still part of the inspiration for you, and something you seek out?

DM: Sometimes. It depends on the song. I remember we wrote “Goin’ Down Swingin’” and during the whole process of writing the song I was thinking, “Okay, I’m gonna try to write a Roy Orbison song.” Sometimes you’re heading towards that and you’re obviously going to add your own flair to it just by writing it, and it helps to give a song a kind of vein.

AS: Describe the two sides of the album: the Dallas songs and the Fort Worth songs.

DM: At first we had all the 14 songs together and during COVID we were ready to release an EP around March 2020. Of course, as a new artist, there was no releasing music and trying to go out and promote it, so I held back and went back in the studio and cut even more tracks. I was sitting with these 14 tracks, and Andrew Michaels at Stony Creek Records said “you know, your music is like Dallas and Fort Worth. It’s so different. They’re just two different sides.” And that’s when the light bulb went off.

Dallas, it’s polished-up boots. It’s higher hair. It’s kind of aimed towards the future. Fort Worth, which is only 30 miles away [from Dallas] and where I grew up, is a city that’s still holding on to its traditional roots. You have the Stockyards, and you have Billy Bob’s. People are more content with this little way of life. There’s a little more dust on the boots. It was perfect because seven songs seemed to fit Fort Worth, aiming towards that traditional feel, and seven seemed like more polished, radio or rock and roll-inspired songs. It was a fun way to split them up, and also pay homage to my hometown.

AS: How do you typically write songs, and has this shifted since you first started writing in 2017?

DM: When I moved to town (Nashville), I really wanted to seek out the veteran songwriter guys or girls who’d written all my favorite songs I was brought up on—songs for George Strait or Alan Jackson. Some of these songs I’ve listened to forever and just wanted to learn from them, and that’s still part of the process. On this record, there are three songs I worked on with Terry McBride who wrote some Brooks & Dunn hits, and Brice Long, Mark Green, and Tim Nichols. They’re some of my favorite guys who have written my favorite songs growing up. I’ve learned a lot from them and got to have a masterclass in songwriting just from being around these people and crafting songs. I’m always bringing in ideas, and that’s still my process. I try to write with songwriters who are a lot better than I am and learn from them.

AS: It seems like you already have a solid route after America’s Got Talent. What have you pulled away from this experience?

DM: It’s changed my career, for sure. Before, when we were on the road, we were playing clubs and places where you want a built-in crowd and I wasn’t really drawing a crowd, but since the show, every time we’ve aired, I’ve been on the road, and we’re selling out places. People are hanging out, and we’re taking pictures until three in the morning. It’s totally gone crazy. I’m getting the chance to play Billy Bob’s, something I never dreamed I could do. It’s a big place, and we’re really doing well on ticket sales.

As far as my career, being on live TV is pretty intimidating. It’s a huge production. After the last live show, we feel like we had a really good performance, and just knowing that I can perform under those kinds of circumstances really gives me a lot of confidence. 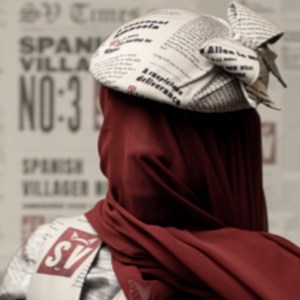 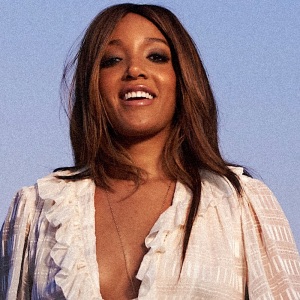