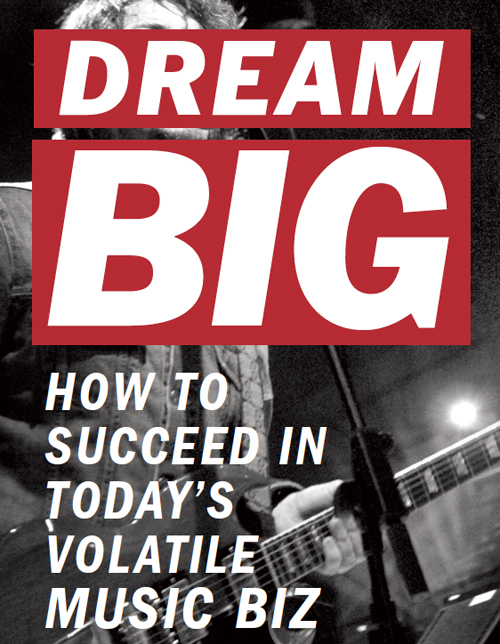 Are you an aspiring musician or songwriter? Then let’s face facts, you’re chances of making it aren’t very good. But they never really were. You’re in the 99 percent, as the kids say today.

Even in the global music industry’s pre-download, ’90s glory days, when CD sales were booming, the industry had a 90 percent failure rate. And that’s 90 percent of the artists that did get signed. The difference between this century’s songwriters and 20th century songwriters is that now you don’t need a record deal to fail professionally.

That 90 percent is out there, floating in a sea of social networks and digital retail and exposure platforms. It’s not that it’s harder to forge a music career now than it was in the good ol’ days, it’s that the romance that fueled the dreams of so many has given way to the harsh reality of just how many fish there are in the sea.

Maybe you’re not the competitive type. Too bad. Regardless of your talent level, your genius, your je ne sais quoi, there’s simply no such thing as entitlement in today’s ghetto of starving musicians and songwriters. There aren’t enough tastemakers and gatekeepers out there to pluck you from obscurity and fast track you to riches and rock stardom.

It’s not so bad, though. The good news is that if you do prevail, the chances are you’re gonna do it on your own terms: finding a niche following of fans and making and marketing your own recordings to give them, not necessarily sell them.

Sites and services such as Facebook, YouTube, Soundcloud, Bandcamp and now Spotify are global kiosks. It’s not just every artist that has one (or at least should have one), it’s that every listener that has their ear to the ground, pro-actively searching for new music, knows that they can browse for any given band or artist name on one of these sites and instantly get a direct hit. Think of it as the global digital music equivalent of listing your number in the phone book. Think of putting your music on Facebook as if you were listing your restaurant on Yelp.

Your music itself is a marketing tool. Before figuring out how to monetize it, work on figuring out how to get it heard. Then let the market decide what your worth is as a live draw, what your catchiest tune is worth to an advertiser, or how much self esteem a fan can get from wearing your T-shirt.

In other words, promote the hell out of yourself. But don’t be annoying about it. Don’t be the singing, songwriting version of an unsolicited telemarketer. People hate that. Find your niche. And when you do, remember that now more than ever your fans aren’t just the bread and butter for your brand, they are your foot soldiers.

To be sure, American Songwriter reached out to a varied handful of indie industry professionals and performers, to get their answers to some of the more Frequently Asked Questions from ambitious songwriters. Think of this as a how-to guide for penetrating the digital DIY music industry, complete with some suggestions as to what tools you can use.