The song speaks to silver linings Rice found at home with his quarantine crew this year. His ability to embrace the unexpected is thematic beyond his music career. This resilience directly reflects his winding road to Nashville.

The artist grew up on a farm in Fairview, NC. After graduation, he played football at the University of North Carolina. A linebacker many expected to reach the NFL, Rice had to abandon those dreams after a devastating injury. His father encouraged him to pick up the guitar, and he did—first as a comfort, not a career.

He joined Hendrick Motorsports’ NASCAR pit crew and won two championships with his team. His next stop was Nicaragua, where he competed on Survivor and walked away with second place.

For many years, music was his only constant. So when his time in Central America was up, Rice packed and moved to Music City, determined to put his new hobby to the test.

Get The MP3
Buy from Amazon

When the pandemic struck in mid-March, Rice was not deterred. Admittedly disappointed by his inability to tour a new album, he channeled gratitude for his nine successful tour seasons so far and settled into life at home, focusing on his singer-songwriter skills.

“It’s a celebration of the year we’ve been forced to have,” he explains. “I’ve sat around more fires and dinner tables. I’ve had more deep conversations with friends and made friends that weren’t friends before.”

He adds, “I can’t think of a better song to celebrate 2020, as opposed to people continuing to say it’s been the worst year ever. It has been brutal—but also a blessing.”

He highlights the significance of the collaboration with Florida Georgia Line’s Brian Kelley and Tyler Hubbard on this track. From growing up with Kelley to moving into a house with Hubbard upon first arriving in Nashville to finding Diamond-certified success with “Cruise,” the reunion brings Rice’s career full-circle.

He kicked off this year with The Album, Pt. I, which he feels is a new beginning in his career. In May, he concluded his dual-set collection with Pt. II.

“Like anything with anyone, the longer you do it, the better you will get,” he says.

The artist only learned to play guitar when he has 21, just a few years before moving to Nashville.

“I had no idea what the hell I was doing,” he laughs. “I had thrown myself into a fire and somehow found success, thank God. But I also thank God for the downs. I had a couple of songs that didn’t work and a label break up. Those things were the best thing for me, and all led to ‘Eyes On You.’”

His 2018 single helped Rice realize his talent, allowing him to continue doing what he loves. Songs like “Forever To Go” and “Lonely If You Are” went Gold before hitting Top 40 on radio charts—a personal trend for the artist.

“It goes to show that what I’m doing is connecting with people,” he explains. “And that is the greatest honor you could have as an artist.”

“I’ve figured out what I want to do and say and how I’m going to say it. That’s just where I am now, and I expect I will get better as I hone in on my songwriting and singing craft. Any success I’ve had so far has been celebrated, but time to move on to the next song and make it the best I can.” 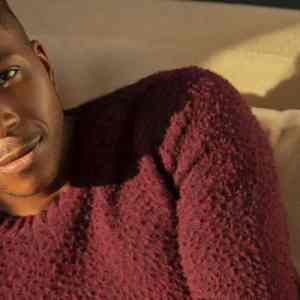 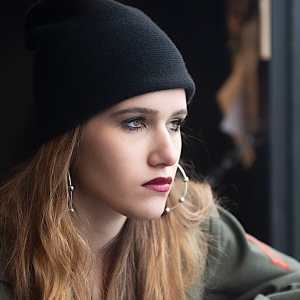