When Vala found out that her friend wanted to end his life, it was the beginning of a conversation that eventually became a song. “Follow Me” is a story of coping with depression, anxiety, suicidal thoughts and the deeper discussion of mental health awareness.

“Being a person who has fought and fights with mental health and addiction, I’ve seen a lot of people who think about suicide,” says the New York-based singer and songwriter. “I’ve lost friends to overdose. This became the core of the song.”

Opening on My friend, he put a gun to his head / He said they’ll never understand, “Follow Me” is a raw, honest, and affecting narrative revealing that more often than not, no one is ever alone in their struggle. Broken in with stirring spoken word, Vala says Is this what the world has come to that we have just drowned in fear / By the time we pass on it’s what we’ve been wanting for years / You people want to believe this shit isn’t real / But I’m telling you it is, so please don’t hold back your tears.

“This was the start of the conversation, that if others had his life they would use drugs like he does, and lose everything like he does,” shares Vala. “I told him I understood, and that I’ve struggled with the same things.”

Recorded in Queens, NY with producer Alvin Moody, “Follow Me” tells a true story, and truth is what Vala wants to come across in her songwriting. “We can always find common ground when storytelling,” she says.

Growing up, the Boston native, who also struggled with addiction, says music saved her life. “There were times when things got too hard to bear and I would turn to music,” she says. “The lyrics in each song would help me disconnect from my reality and to connect to somewhere else. This is why I became a lyricist, a musician, and an artist.”

“Follow Me” was also one of those songs Vala wrote in 20 minutes. Some words and stories come faster than others, but it all depends on the moment, and how deep the artist’s emotions run.

“My best writing occurs when I’m in an emotional state of mind because it is coming from a place driven by passion and feeling—whether that’s because I am depressed or extremely joyful,” says Vala. “It is typically at the extreme end of the spectrum. At those times, I really want to get my point across and if that comes out aggressive or sad it’s necessary. And, of course, if it’s something that you just want to let go of and dance or scream to that can happen, as well.”

By the end of recording “Follow Me,” Vala ended up losing another one of her best friends, prompting her to pull in as many people as she could, singing along to the unifying chorus in the song’s video.

“Although we all have different stories and different paths, we can all find common ground, because, at the end of the day, we are all human,” says Vala. “I will scream with whoever needs to be screamed with or fought for, and I know many others who would too.”

Ultimately, mental health is everyone’s problem, says Vala, and needs to be treated like physical health. “People struggle with an array of mental health issues including PTSD, depression, anxiety, addiction, and suicidal thoughts and ideation,” she says. “Society needs to strop shaming those who struggle. We need to end the stigma because someone who struggles with mental illness isn’t any less human than someone who doesn’t.”

Ultimately, “Follow Me” is a journey through hopelessness and hopefulness.

“For those who have struggled with this, I want them to understand that they are not alone. I’m listening. People in the music video are listening. These are just a few faces of people who care. There may be an edge but you don’t have to go near it. You can step away from it.” 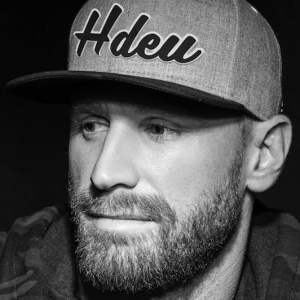 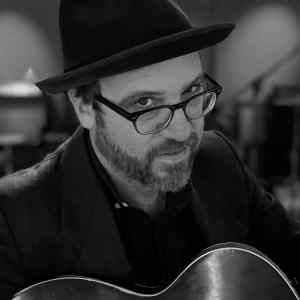